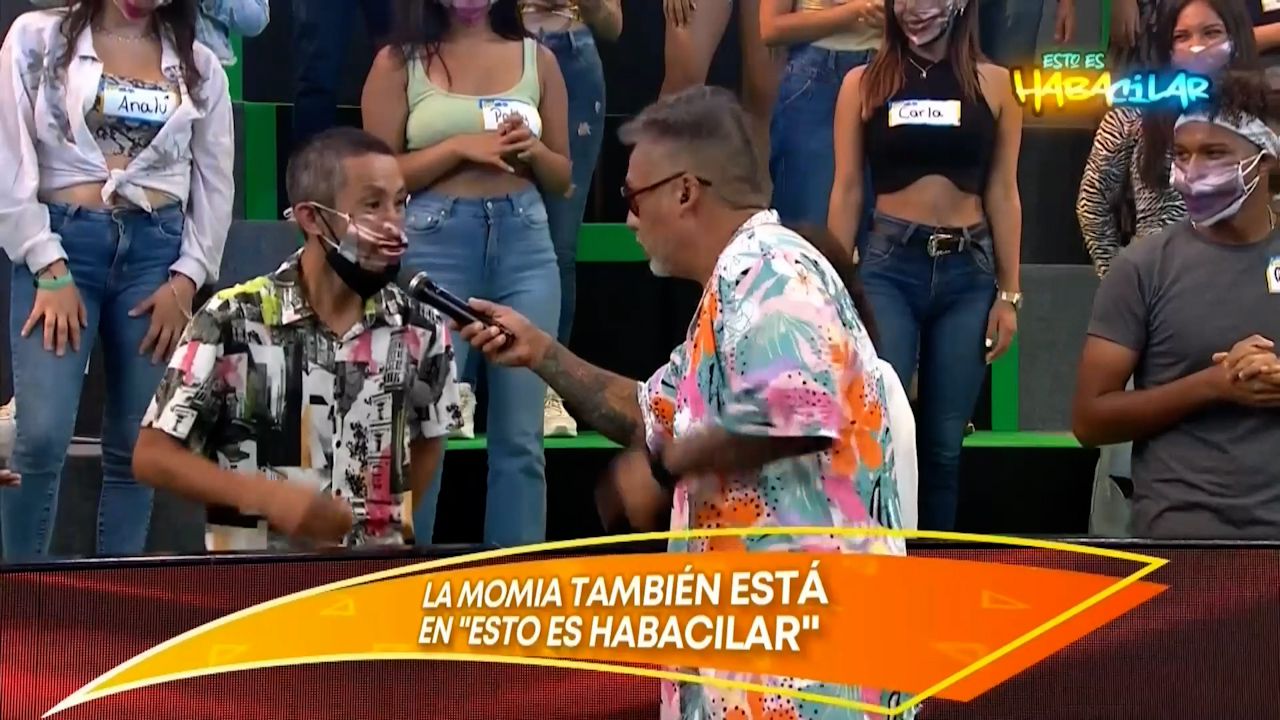 ‘La Mummy’, the well-remembered academic who stole the laughter of many viewers with his antics on the program “Habacilar”, was present among the audience invited to the premiere of “Esto es Habacilar”.

LOOK: Johanna San Miguel is the host of Habacilar: “I don’t want to see the warriors anymore” | VIDEO

His real name is Juan José, and his presence did not go unnoticed by Roger del Águila, who did not hesitate to approach him to greet him, even joking with the possibility that he could be his driving duo.

“No, it can not be. Has he risen? At the end of time, the dead will rise. Sir, sir, spirit. Will my duo be ‘The Mummy’? Have they hired you?”said the host of the new program for América Televisión.

Faced with the questions, ‘The Mummy’ made a sign that he could not speak, and the driver said: “’The Mummy’ doesn’t speak. So… he can’t drive.”

LOOK: Habacilar: Paloma Fiuza and Solana Costa were presented as the new models of the program | VIDEO

‘La mummy’, whose real name is Juan José, made his first appearance on the América TV program as part of the audience. Being in the front row, Raúl Romero noticed his presence and made all kinds of jokes, most of them about his unique physical appearance. Thus it was baptized as ‘The mummy’.

Over time, “The Mummy” became a frequent attendee of the program and managed to win the hearts of viewers, even participating in the games.

Habacilar: Five moments of the program that you will surely remember

This was Roger del Águila’s admission to Habacilar 2022: “They already had their Yanapay bonus, now comes the ‘Habacilar bonus'”

Bad Bunny in Lima: Ticket prices, areas and how to buy in the Interbank presale via Teleticket

Paolo Guerrero and Alondra García argue strongly and a video is broadcast: “Why are you lying?”