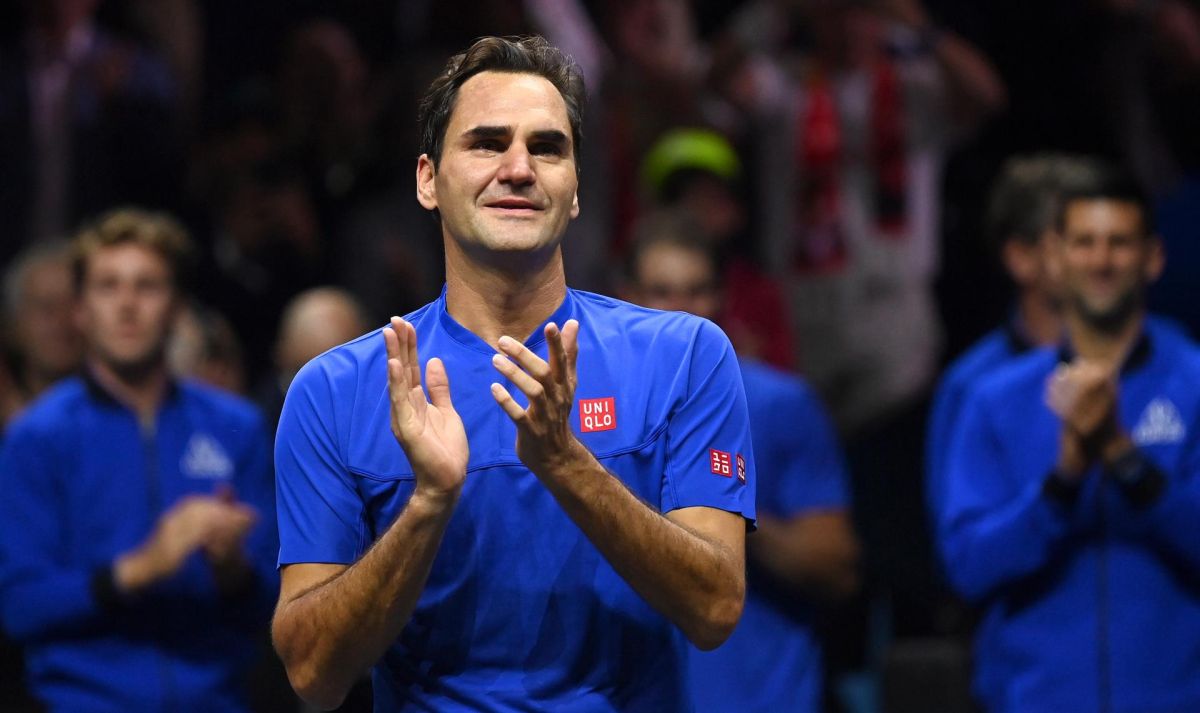 This Friday, September 23, tennis fans watched Roger Federer’s last performance, it was accompanied by Rafael Nadal in the Laver Cup and said goodbye with a defeat against the duo made up of Jack Sock and Frances Tiafoe (4-6, 7-6 (2) and 11-9) in London, England. The GOAT of tennis said goodbye to the courts and beyond his titles, his legacy will be indelible for the world of sports in general.

After the match, the Swiss tennis player had some emotional words for the almost 17 thousand spectators who filled The O2 Arena in London and who experienced the emotion of the last match of the Basel-born. “We’ll get through this somehow, right? I told the guys we had a great day. I’m happy, not sad. It’s great to be here, no stress felt. Playing with Rafa in the same team and having the others here”, said Federer at the end of the match.

The exciting words of Roger Federer

When a great like Roger Federer decides to say goodbye to his career, there are many phrases that remain in the memory of his followers, but without a doubt tonight in London he left a phrase in particular that marks the trajectory of the Swiss tennis player with his followers : “It has been a perfect trip“said the 41-year-old player.

“Is incredible. I didn’t want to feel alone out there. Saying goodbye like that made me feel like I’m part of a team. It feels like a celebration to me and it’s exactly how I wanted it to happen, so thank you. It wasn’t supposed to happen like this. I was just happy to play tennis and spend time with my friends. It has been a perfect trip, I would do it again“.

Roger Federer’s legacy goes far beyond his titles, the Swiss changed the way of seeing tennis and retires between the respect and admiration of his followers throughout the entire planet, a true unforgettable party or as he himself described it: “A perfect trip”. A path that led him to be crowned in 20 Grand Slams, something that sounds simple but can only be achieved through effort and discipline.

Federer not only dedicated himself to succeeding in tennis, but he was also a gentleman on and off the court and he showed it today in his retirement next to his greatest rival, Rafael Nadal, who fired the Swiss in tears who will surely continue linked to the world of tennis.

. Roger Federer, the highest paid tennis player in history and who will continue to generate income after his retirement through his sponsors
. A fan shows his admiration to Roger Federer with a tattoo in his honor and the Swiss reaction goes viral (Video)
. Rafa Nadal bathed in tears at the retirement of his friend Roger Federer: they played an emotional doubles match in the Laver Cup