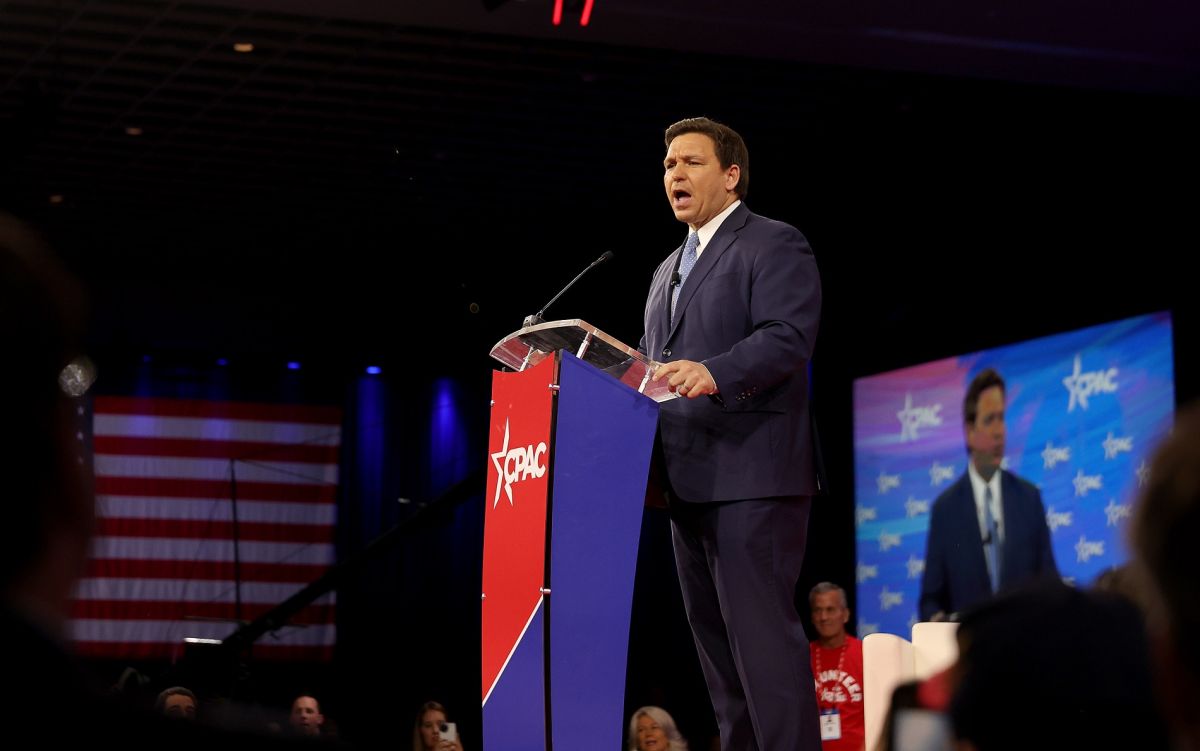 The Republican Governor of Florida, Ron DeSantis maintains a firm step towards his re-election, under the political committee Friends of DeSantis, by raising $109 million dollarsan enviable figure for any politician at this time.

The amount is not far from the $125 million that the former president has raised donald trump for his Save America movement (“Save the United States”) and that it would eventually be part of his path to the 2024 presidential election, if he confirms his participation.

The non-profit organization Ballotpedia was the first to report the amount raised by DeSantis, 43, to achieve re-election as governor in 2022.

DeSantis has similar ideas to Trump –even on immigration issues–, but recently they had differences, after reports of the Florida governor’s rebound as a strong contender in the 2024 presidential elections.

On the list of those who have raised the most is another Republican, Greg Abbott, the governor of Texas, who has managed to bring $44 million dollars to his coffers.

While the Democratic governor of Michigan, Gretchen Whitmer, has added $14 million.

DeSantis has achieved significant popularity, even in states like Texas, where a recent CWS Research poll indicates that Republican voters in that state would support him over Abbott.

The Florida governor obtained 48% of the support, far behind his closest contender, Senator Ted Cruz with 19% of those polled, and Abbott with only 10%.

Fox News even begins to highlight the “popularity, influence and strength” of DeSantis, whom it already considers a worthy contender for Trump.

In the past week, Trump claimed he would be ‘the best candidate’ if he decides to runSo other hopefuls, including former Vice President Mike Pence, and former Secretary of State Mike Pompeo, even DeSantis.

‘”If I competed, I can’t imagine they would want to do it. Some out of loyalty would have had a hard time running,” Trump told The Washington Post. “I think most of those people… that you mentioned are there because of me.”

In the recent Politico poll, although former President Trump remains in the lead as the favorite among Republicans, with 56%, but in case he did not compete, DeSantis leads the list with 27%, ahead of Pence who won 15%, but where Abbott was not even mentioned.