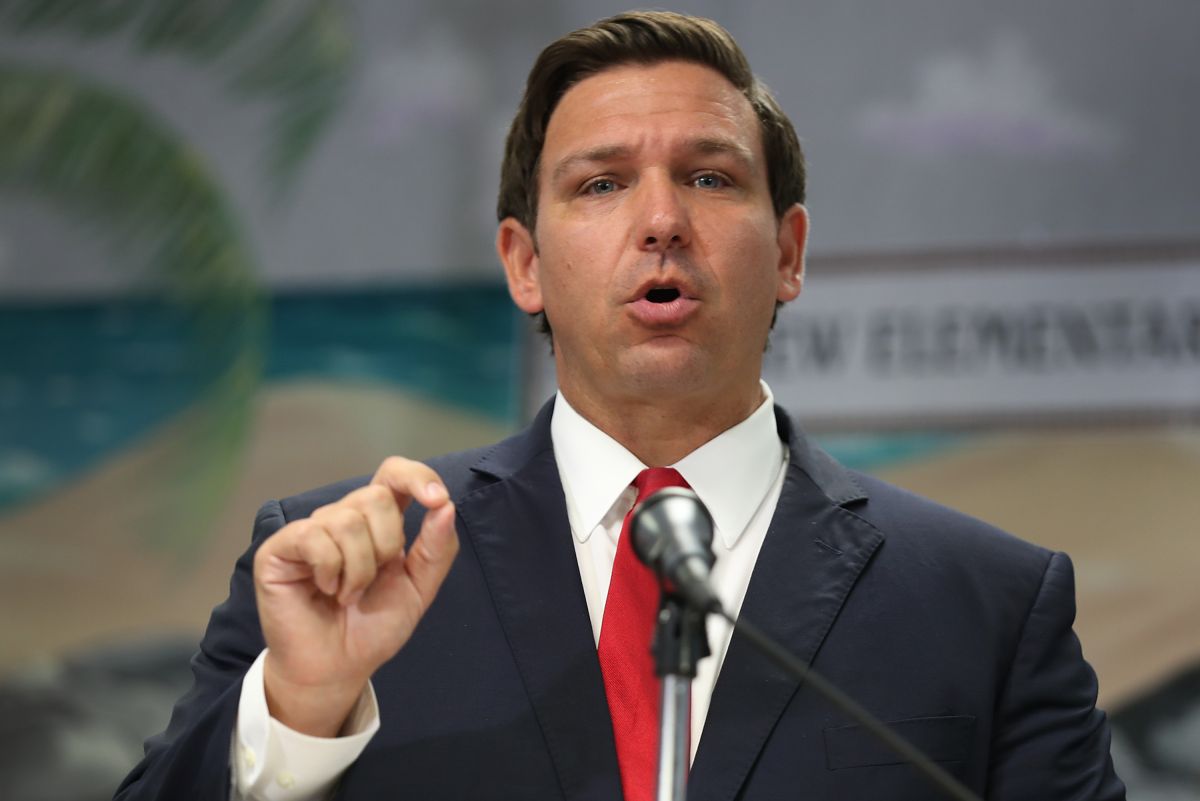 Florida Governor Ron DeSantis asked citizens to prepare for the imminent passage of Tropical Storm Ian, which would become a Category 4 hurricane next Tuesday.according to projections.

Through a press conference on Sunday, DeSantis specified that the state must prepare for the impact of the cyclone that could hit the state with maximum sustained winds of 130 miles per hour, reported Efe.

Projections indicated that southern Florida, including the Keys, Broward, Palm Beach and Miami-Dade, would be outside of Ian’s trajectory cone, but DeSantis said all precautions should be taken.

“You have to anticipate, especially people who live in vulnerable areas,” said DeSantis in statements collected by Efe.

The governor emphasized to the residents of new Floridas, who have not yet had the experience of climatic phenomena, and asked them to pay attention to all updates from the National Hurricane Center (NHC).

“Action must be taken even if the area of ​​residence is not expected to be hit by the eye of the hurricane,” added DeSantis.

The governor published a memorandum in which he justified the measure given the threat posed by tropical storm Ian, in which it is indicated that appropriate precautions are required to protect the communities, infrastructure and general welfare of the state of Florida.

Ian is expected to become a hurricane early Monday and reach major cyclone status before passing over western Cuba, as it moves toward the northwest at about 12 miles per hour.

The most recent NHC bulletin noted that Ian will strengthen rapidly tonight and that strong impacts in the form of winds and storm surge are expected west of Cuba.

You may also like:
• Storm Ian moves towards the Cayman Islands waiting to become a hurricane
• Hurricane and storm warnings suspended on the Canadian coast before Fiona passes
• Canada struggles to restore power and clear roads after Hurricane Fiona