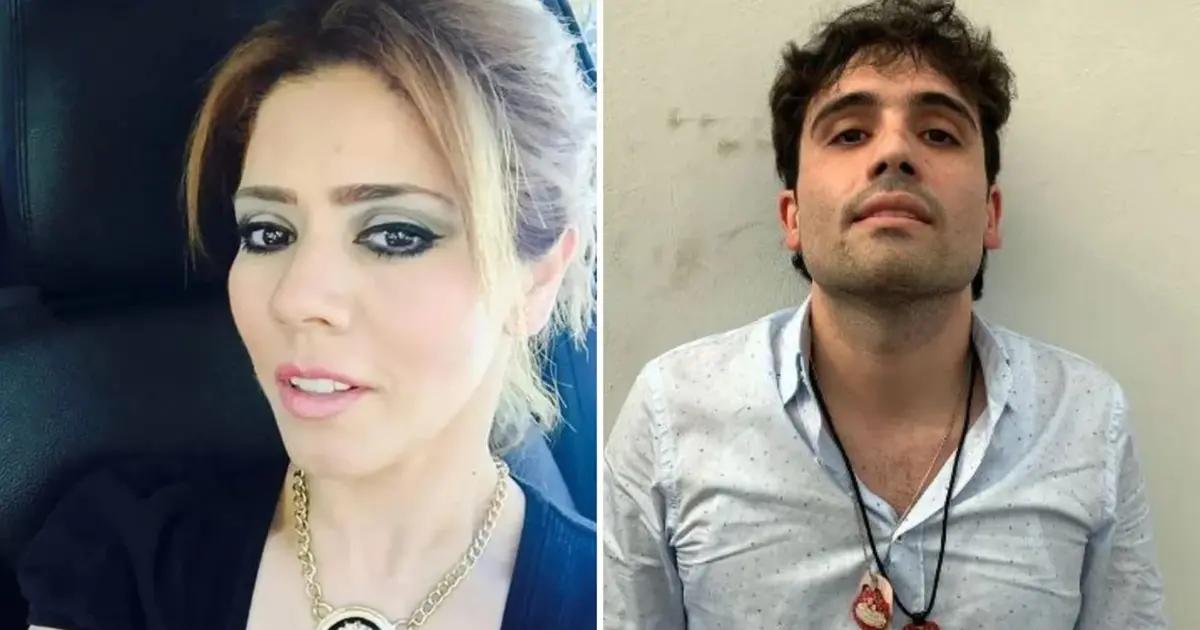 The capture of Ovidio Guzmán would have his sister Rosa Isela not worried, or so she made it seem, as she shared on her Instagram account a video in which she is seen smiling while listening to the narco corrido “La Familia Guzmán no Se Acaba” (the Guzmán family is not finished) in the background.

During the early hours of January 5, El Ratón, one of Joaquín El Chapo Guzmán’s sons and alleged leader of the criminal group Los Menores, was captured.

Despite the fact that Ovidio allegedly represents a fundamental part of his family’s business, there are members of the family who are not fazed by the event, such as Rosa Isela, his half-sister.

On social networks, the daughter of Joaquín Guzmán Loera and María Luisa Ortiz shared a video in which her voice is not heard. Still, she is seen posing, accompanied by the corrido El Guano, composed by Mario Quintero Lara for Los Tucanes de Tijuana.

“The Guzmán family is not over, the cartel is still operating strong , the news has already been confirmed and highlights the name of Guano, the little boys and their entire race are 100 supported by El Mayo”

Rosa Isela sang while smiling, fixing her hair, and posing for her cell phone, completely carefree.

She also shared a series of photographs of what were supposed to be letters her father sent her from ADX Florence, the maximum security prison where he is being held.

Although it is impossible to understand what the letters say fully, you can see messages of love for Rosa Isela and her children.

“I say goodbye, daughter. Your daddy loves you, Joaquín Guzmán L.” “To my beautiful grandchildren, tell them that I want to meet them at least in a photograph” and “Your daddy loves you” are some of the sentences that can be read.

It is worth remembering that Emma Coronel has always denied that Rosa Isela is the first-born daughter of her husband, El Chapo Guzmán, and has even said that the drug lord has never recognized her.

Rosa Isela lived in the United States and attended Chapo’s hearings there, which caught the media’s attention. By agreeing to give interviews, she claimed to be the first daughter of the former leader of the Sinaloa Cartel.

Among the statements she has defended, she has pointed out that there were politicians who broke a pact with her father and blamed them for having been the ones who handed him over to the authorities.

The story told by Rosa in an interview with Univision is that Joaquín Guzmán abandoned her when she was five years old, which is why she is registered with the names of both her parents, María Luisa Ortiz Vergara and Archivaldo Guzmán, according to her birth certificate.

She has claimed that her father asked her to marry El Vicentillo because she became pregnant while they were dating, but the discomfort passed when the couple conceived a second baby.

Rosa lives in California, where she is a businesswoman; she owns coffee shops and beauty salons.

After the National Guard arrested Ovidio Guzmán yesterday, January 5, Chapo’s son is in the Altiplano prison, where his first hearings are taking place.

For the time being, El Ratón will not be extradited to the United States and will be held in preventive custody in Mexico while his legal future is being determined.