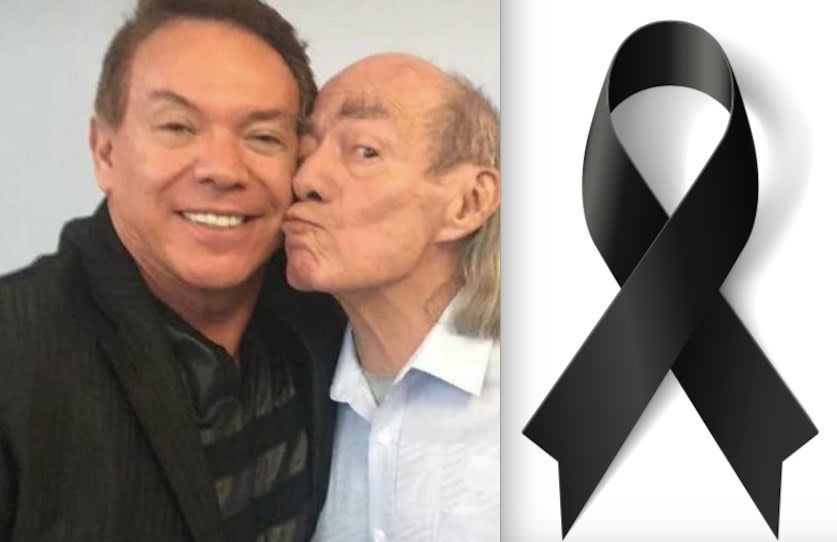 Mother Marcos Valdés Rosa María Bojalil dies. The world of entertainment is in mourning for the sensitive death of the mother of actor Marcos Valdés, who is the son of the legendary comedian Manuel Loco Valdés, the news was released on social networks, impacting most of his followers who could not believe this situation.

Doña Rosa María Bojalil, Marcos Valdés’ mother, passed away on the afternoon of this Wednesday, August 12 at the age of 78 and after years of facing an illness. According to Rosa María’s sister, Felicia Garza, she had a neurotemporal problem, so she told Ventaneando this afternoon, according to El Universal.

It is worth mentioning that this disease that caused her death, she had already been fighting it for several years, which caused her to deteriorate physically: “Her brain was wearing out and her organs were no longer working,” explained her sister Felicia Garza.

Marcos is the son of Rosa María and the Mexican actor and comedian Manuel “El loco” Valdés, who died a year ago on August 28, 2020. Now he suffered the death of his mother, leaving him with a great void that his two parents have lost their lives. in about a year.

Everything seems to indicate that Valdés’s mother’s disease caused a reduction in brain mass and therefore a reduction in movement. After several years of fighting with this virus in her body, Rosa María Bojalil lost the battle this Wednesday.

The relationship of “El loco” with Rosa María Bojalil Garza occurred in 1964 and was ephemeral and stormy because the comedian even said that he liked him very badly. María was a dancer in a Valdés show, and they related for a single night when she was 16 years old; As a result, Marcos Valdés was born.

Through the program Ventaneando, the sister of the now deceased spoke about the disease: “She had a neurotemporal problem, her brain was wearing out and her organs began to have great dysfunction,” said Felicia Garza, Bojalil’s sister, according to People in Spanish.

“Right now, rest in peace. His body was very worn out, he was actually suffering for quite a while now. All his organs collapsed; your liver, your heart, your kidneys. And of course, now was the denouement. Now we are sure that he will be in a much better place than what he was currently living, which was an almost vegetative and artificial life, “he added.

It was on the Instagram account of Marcos Valdés where he shared an emotional image saying goodbye to his mother and also thanking Internet users for their expressions of affection: “I LOVE YOU MOM, REST AND SEE WITH GOD. Thank you all for your displays of affection, “he wrote in his post.

“Dear brother, I embrace you with my soul and heart, these are very complicated moments that the right words cannot be found. I only tell you that your lady mother may rest in peace and that you find Peace and tranquility to be able to cope with this great pain, blessings dear friend ”Said a netizen.

Users were immediately present to send their condolences for the sensitive loss that the Mexican actor is now suffering. Even the famous and renowned actress Verónica Castro commented: “Marquitos dear a big hug and I am here to serve you.”

“I send you a big hug with much affection along with my condolences cousin”, “My hug and affection my Marcos … without words … in silence … with you”, “Dear friend, your Lady Mother is already with God and from the Heaven blesses you and so that she is not sad, carry on like the great human being that you are a big hug ”,“ Our deepest condolences ”, were some comments.

A few days ago another tragedy occurred in the show business, since the death of the American actress Markie Post, victim of cancer at the age of 70, has been announced. This was reported by the media at the time of announcing the death of the artist.

The death of the famous actress was made known through a statement from Post’s family, where they mention the years in which she was fighting this terrible disease. Post died “after a three-year and 10-month battle with cancer,” his family said in the statement.

Stood out on television

Post was born on November 4, 1950 in Palo Alto, California, standing out on television when she played Christine Sullivan between 1985 and 1994, the year in which the series “Night Court” (known as “Juzgado de Guardia” in Spain and in other Spanish-speaking countries like “La corte loca”) came to an end, according to Efe.

In addition, she gave life to Terri Shannon-Michaels between 1982 and 1982 in the series “The Fall Guy”, known as “Profession Danger” in Latin America between 1981 and 1986. More recently, she was invited to the series “The Kids Are Alright ”, Among other projects. She was remarried to producer and writer Michael Ross, with whom she had two daughters. Filed Under: Mum Marcos Valdés Rosa María Bojalil dies

The famous actress passed away at the age of 70, after fighting cancer for 4 years. Her family said goodbye to her with an emotional message on social networks, trying to remember her with the same energy and strength with which she was characterized in her TV characters, according to People en Español.

“Our pride is in who he was beyond acting; a person who made elaborate cakes, sewed curtains for the first apartments and taught us how to be kind, loving and forgive in a sometimes complex world, “wrote her family in a statement saying goodbye to her. Filed Under: Mum Marcos Valdés Rosa María Bojalil dies

One of the celebrities who manifested in her social network profile was the artist Melissa Joan Hart remembered for her role in “Sabrina the teenage witch”, said goodbye to Post, since they coincided in different television programs, where they were even great friends .

“I am heartbroken to lose an angel on earth, my dear friend and television mother is finally resting after a long battle with cancer. I can’t get to explain what he meant to me, the friendship we had and the kindness he always showed me, ”Joan Hart posted. Filed Under: Mum Marcos Valdés Rosa María Bojalil dies

“She will be missed”

Immediately the Internet users were present: “I am very sorry to hear this news. I was a fan I loved her at Night Court. Very sad. Cancer is a horrible killer. I am currently battling my third round of cancer. It is not good at all. My condolences to you and to Markie’s family and friends. “

“I am sorry to learn of your passing. She was a real lady. I must say that you were amazing in all your jobs. From Mary Tyler Moore to Roots and beyond, you are an incredible actor. Thank you for giving life and fullness to your art. We will all be in a better place too soon ”,“ I am so sad about this news. Markie seemed to be a genuine beautiful person with a smile in her heart. She will be missed, “fans commented. Filed Under: Mum Marcos Valdés Rosa María Bojalil dies