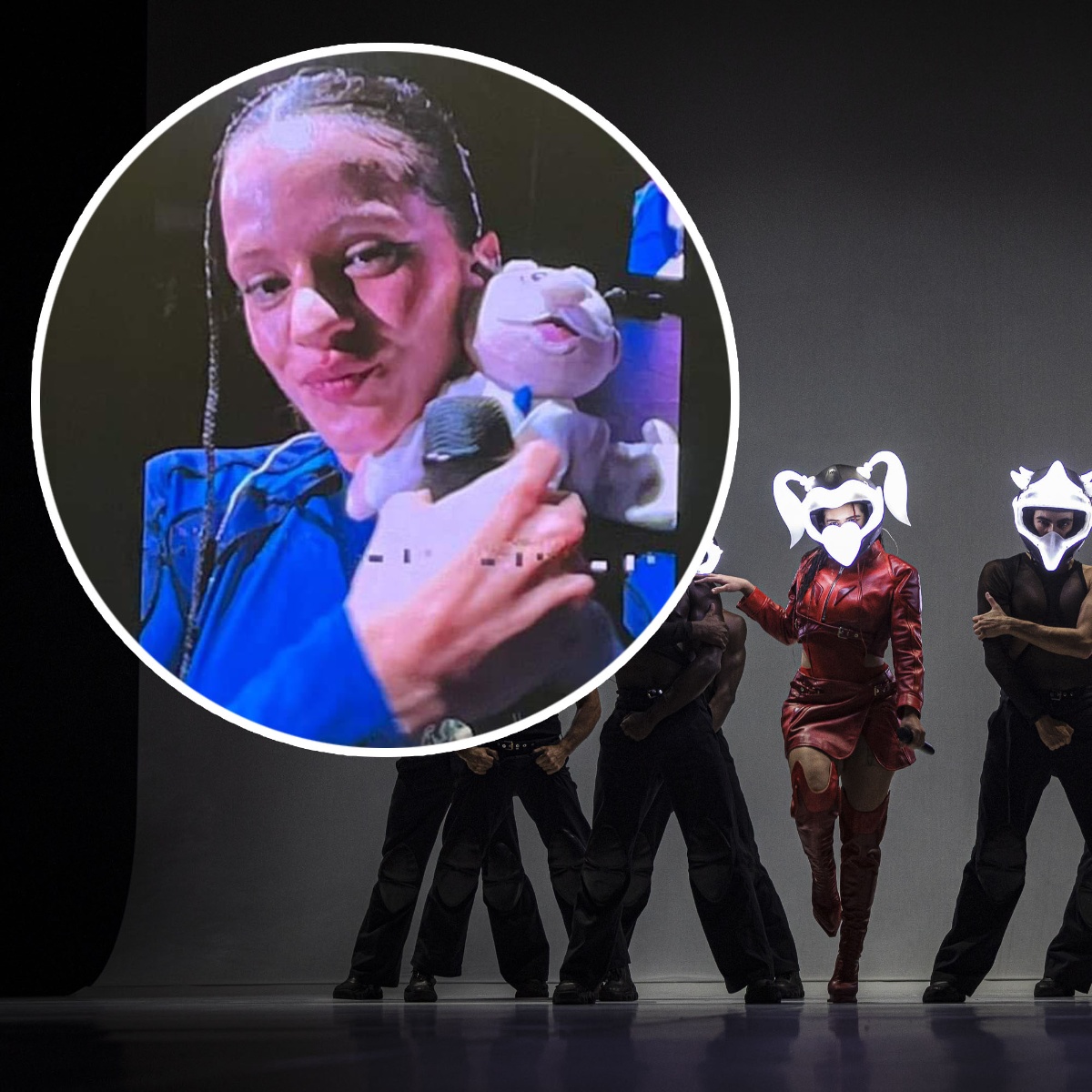 The “Motomami” landed in Mexico City. Singer Rosalia He offered his impeccable presentation for the thousands of Mexicans who, with all the attitude, sang each of his songs.

Wearing light helmets, the Spanish interpreter and her spectacular body of dancers appeared on the stage of the National Auditorium to perform the songs “Saoko” and “Candy”.

As if that were not enough, the stuffed animal of Dr. Simi was present, adding to the hubbub of the Mexicans who, with all merit, applauded the presentation of the most popular Spanish of the moment.

As previously indicated in AmericanPost.NewsMexico City was shaken by the arrival of Rosalía, who delighted the public with her “Motomami Tour”.

One of the most anticipated moments was with “Biscuit“, the iconic song that took over the networks and went viral due to the gesture that the singer makes “chewing” a piece of gum.

���� Girl what do you say! Rosalía arrives with her #MotomamiTour to the National Auditorium https://t.co/f2OuAHbkwY pic.twitter.com/PlLfUi8HaM

With the constant chant of “Rosalía, Rosalía”, the artist went behind the scenes. “Sorry for the technical details, that’s why I’m leaving, but I’ll be back,” she explained, realizing the expectation that her absences caused.

It may interest you: Rosalía turns on the nets with a great body from the beach

They throw Dr. Simi stuffed animal at him

Undoubtedly one of the great moments of the night occurred when the dr simi He made an appearance and the cantate managed to capture him to even pose with him as a token of gratitude.

With this, the Spanish joins the long list of interpreters to receive a stuffed toy from Dr. Simi, where they stand out Coldplay, Lady Gaga and Aurora Aksnes, this being the first to receive it.

A @rosalia Dr. Simi rains on him pic.twitter.com/KJMXIpcPo4

Therefore the Rosalia He thanked the shows of support from Mexico and promised to return, however he must still meet his dates for the other cities in the country.