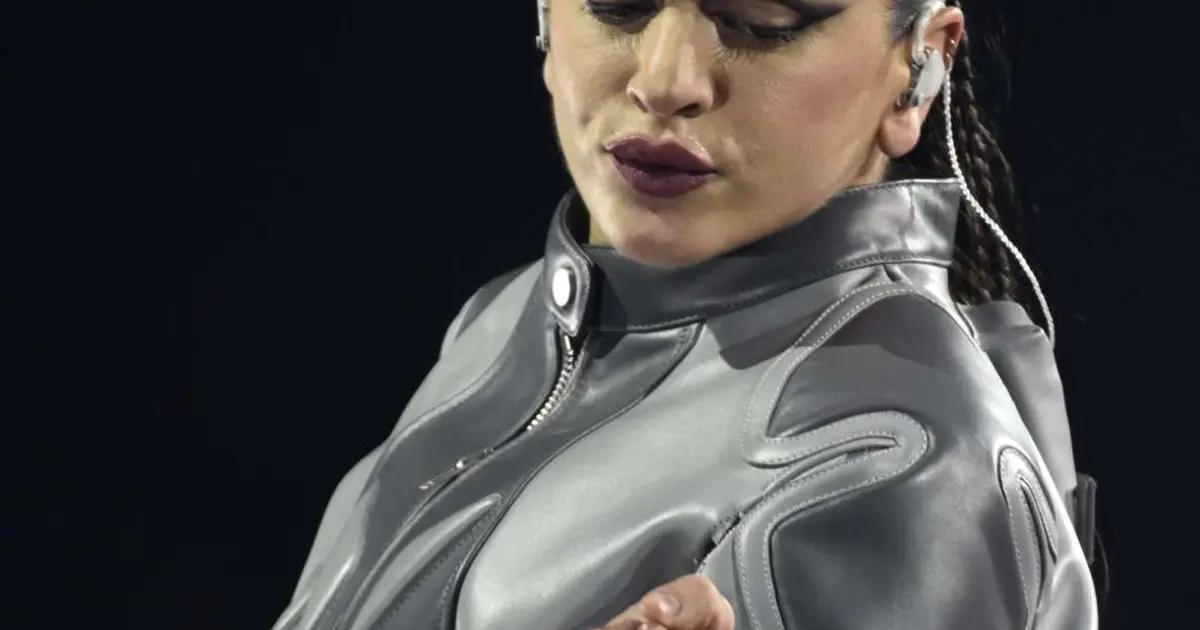 There is no doubt that Rosalía is living what could be one of the best moments of her life. Not only because of the fruits of her artistic career but also because she is having a great time with her great love, an exponent of the urban genre, Rauw Alejandro. But what caught the attention of her fans were her eyebrows, which she painted electric blue.

During their visit to Madrid, Spain, for the Los40 Music Awards, Rosalía and Rauw Alejandro enjoyed their stay skating through the city streets. They were more in love than ever.

It is believed that Rosalía wanted to combine the look of her eyebrows with her boyfriend Rauw’s hair. Just like the “Punto 40” singer, which of course, generated a lot of comments from the followers of this great love on Instagram.

“How beautiful you are” is the comment positioned in the publication, and is that it was written by Rauw Alejandro himself. Among other popular messages, the following stood out: “I like how the blue suits you”, “You are a handsome couple”, “You are both so hot, mother of mine when a little boy is born”, “you are both handsome”, wrote the fans of La Motomami.

In a new Los40 Music Awards, Rosalía triumphed becoming the favorite with seven nominations that allowed her to take home three awards: Golden Music Global, Best Album and Best Concert for Motomami, all of them in the Spanish category.

In addition, this event allowed Rosalía to get back on stage just a few weeks after finishing her Motomami World Tour 2022. The same with which she showed what she is made of in several regions of the world.

In this last ceremony that awards the music industry, the singer of “Saoko” and “Altura” starred in one of the most anticipated moments of the night when she performed to the rhythm of “La Fama”. She wore a see-through black dress with short hair and a wet-look hairstyle, mesmerizing the euphoric audience.

“A thousand thanks for last night, thanks to all of you who give me love,” wrote the artist next to an album of several images that will allow her to remember this night forever.