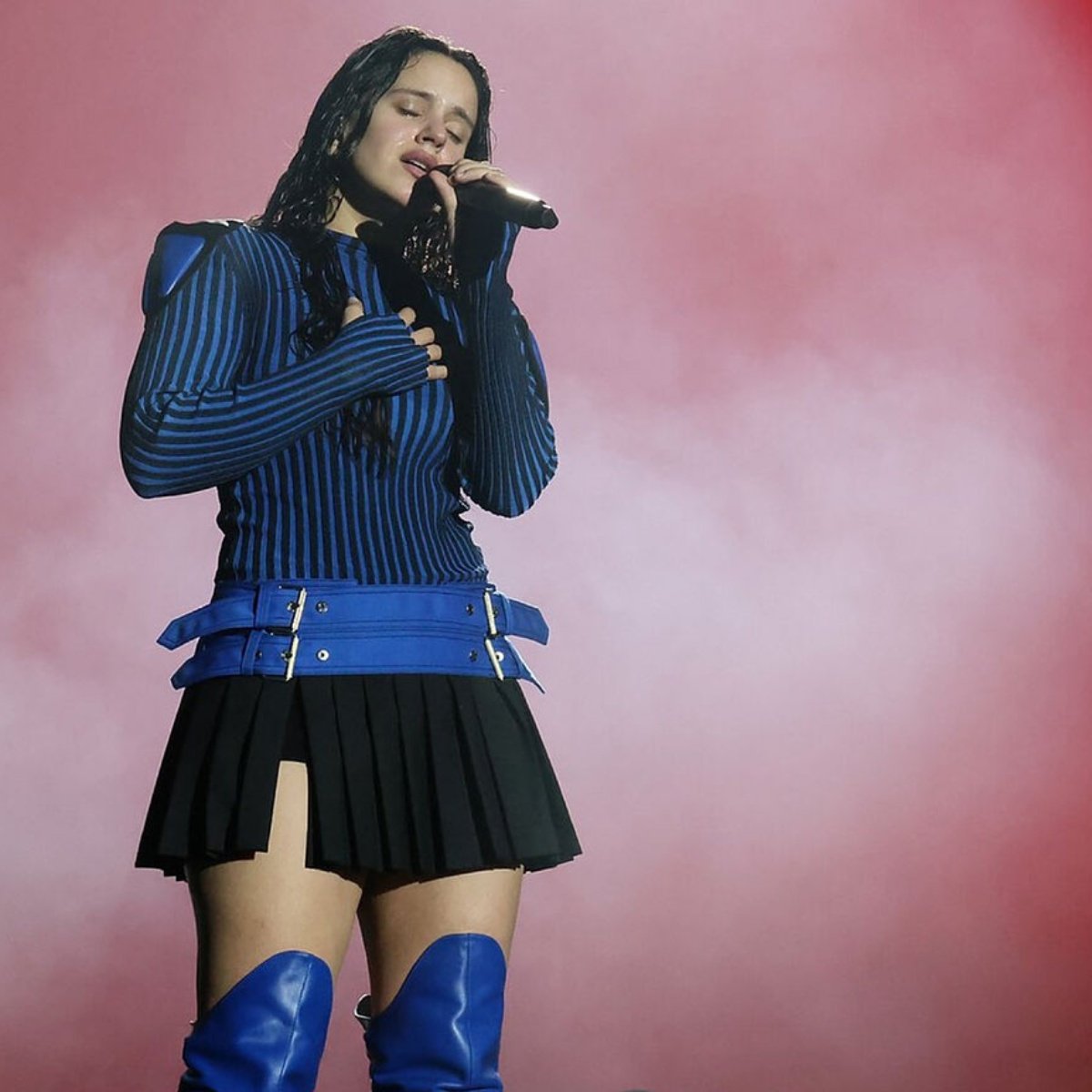 Within the “Motomami Tour,” Rosalia finally arrives in Mexico to present all her most recent hits to the euphoric Mexican public, who received her first at the airport and later at the National Auditorium.

Taking advantage of her visit, she is willing to carry out very Mexican activities. She could not miss trying foods from our extensive gastronomy, including the traditional snacks such as the famous and cheap “Totis.”

The same Spanish singer shared this through her Instagram account in a publication where she appears eating one of the rich lemon and salt flavor rings. But that’s not all, she also showed herself walking and posing in one of the most beautiful places in Mexico City.

It seems that Rosalia does not intend to waste her time in Mexico City, nor continue to be sad about her breakup with Rauw Alejandro, to visit the famous garden called “El Nido De Quetzalcóatl” in which she took incredible photographs.

The singer wore a shirt oversized black, denim pants open from the thighs to below the knees, and wore black boots. Also, she arranged her hair in several buns, giving her an alternative look of her own.

For those who do not know, this place is located 40 minutes from CDMX, in Naucalpan de Juaréz. It is a garden with very colorful organic and surreal architectural structures with surprising shapes and colors.

It may interest you: Rosalía appears in Mexico with a rain of stuffed animals from Dr. Simi

Probably another of the most remarkable words of the famous Rosalía is “saoko.” In American Post News, we tell you that it is an African word that refers to what we feel when listening to music and what makes us want to dance.