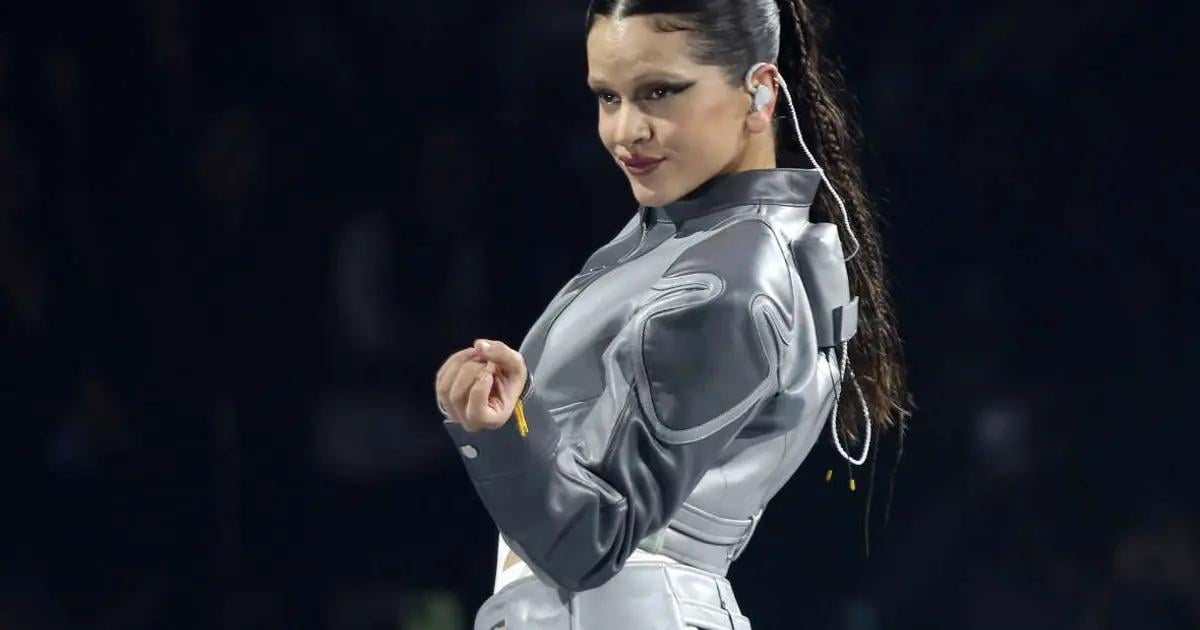 Spanish singer Rosalía never fails to get people talking, either thanks to her presentations or interesting looks with which she shows that she doesn’t care about “what people say”. Such was the case of one of the outfits she wore during one of her trips to the “city that never sleeps,” New York. What did she wear? Read on to find out the details.

Through social networks like Twitter and Instagram, some pictures emerged of the adventure that the singer of “Con Altura” undertook a few weeks ago with her partner, also singer Rauw Alejandro.

The couple went to New York to enjoy a well-deserved rest, so they decided to go for a ride in their luxurious Lamborghini, a sight that soon made passersby notice their presence.

As a result, Rosalía decided to get off her expensive ship to greet some fans, surprising them with the interesting outfit she chose for the occasion.

It was a vaporous blue dress that showed off her knockout waist. However, the stars of the show were the stunning oversized boots with jean fabric that she wore up to her thighs.

As a result of this interesting outfit, Rosalia became the target of comments that showed the divided opinions of the public, because while some celebrated her originality at the time of dressing, others questioned her “fashion sense”.

In spite of all the comments, the singer of great hits such as “Con Altura,” “Yo Por Ti, Tú Por Mi” and “Despechá” does not pay attention to the critics and focuses on her professional achievements. We cannot forget that a few weeks ago, she was a winner at the Latin Grammy 2022, her greatest triumph in the category of “Album of the Year” with “Motomami”.