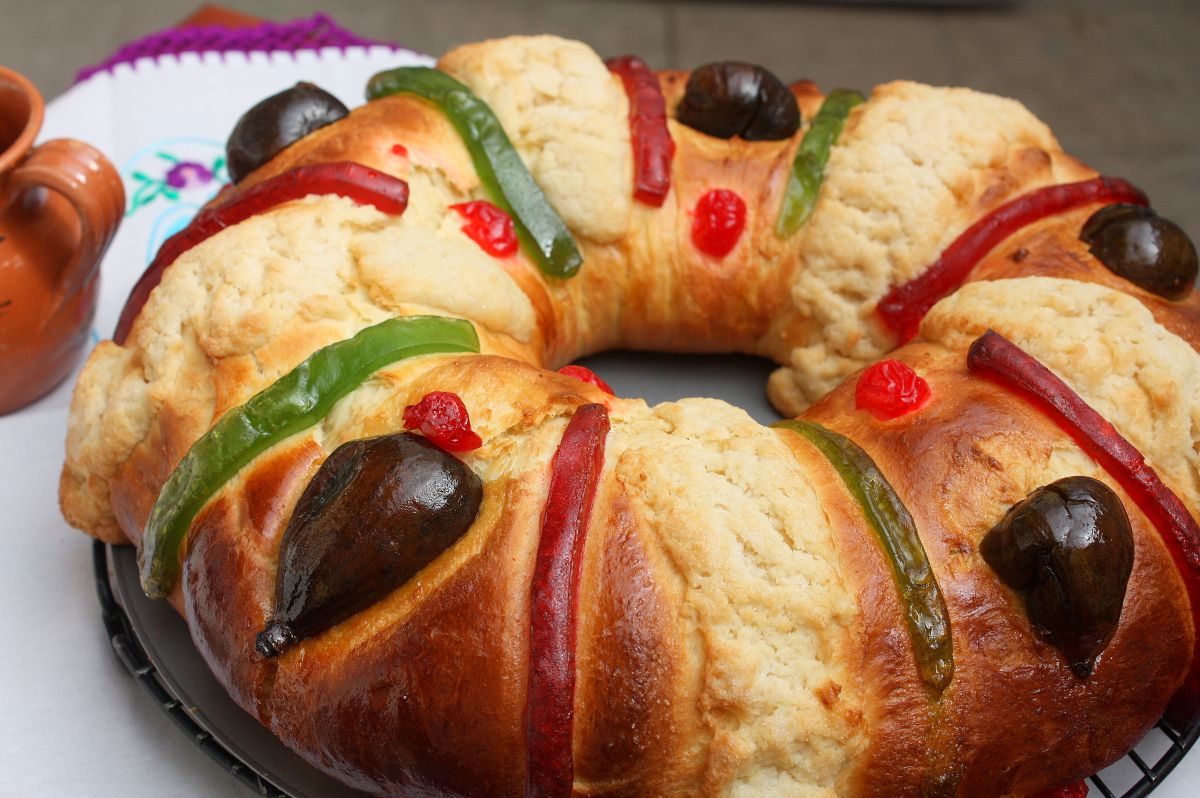 For many Hispanics, January 6th it is the official closing of the holidays with the celebration of the famous Three Kings Day, a date that fills the little ones who eagerly await the gifts from Melchor, Gaspar and Baltazar, and also for the older ones when they remember the great moments of this significant date.

But January 6 is not only characterized by gifts but also for many it represents another day of being able to meet with family and friends to cut and share the now traditional Rosca de Reyes, Which by the way has hidden some children or dolls, so whoever gets one must buy tamales for February 2.

Origin of the Rosca de Reyes

The Rosca de Reyes, which itself is a sweet bread, It has religious overtones, particularly with Catholicism, although curiously it has pagan origins. According to a study carried out by the Jaume I University, in Castellón de la Plana, in Spain, this celebration was born in the Roman Empire to celebrate Saturnalia, in honor of the God Saturn, that coincided with the winter solstice, which years later were also the dates of the birth of the baby Jesus.

For this celebration it was customary to make round cakes, made with dates and figs; in addition, a prize was placed inside them. This cake was distributed to everyone, between commoners and slaves. In the 3rd century, the award was changed to a dry bean and the one who was awarded was named “King of Kings” on that day.

Years later, In the 18th century, Felipe V brought this bread from France to Spain to celebrate the end of the Christmas holidays and little by little it took on religious overtones andn the case of Mexico, the tradition arrived at the time of La Conquista, bringing the celebration to January 6, in order to celebrate the so-called Epiphany.

When is the Rosca de Reyes split?

Traditionally, The Rosca de Reyes is split on January 6, once the Magi arrived at the homes, although today, they begin to be sold days before the date.

How to make a Rosca de Reyes?

Here we leave you some tutorials on how you can make a very traditional and homemade Rosca de Reyes, together with the members of your family: