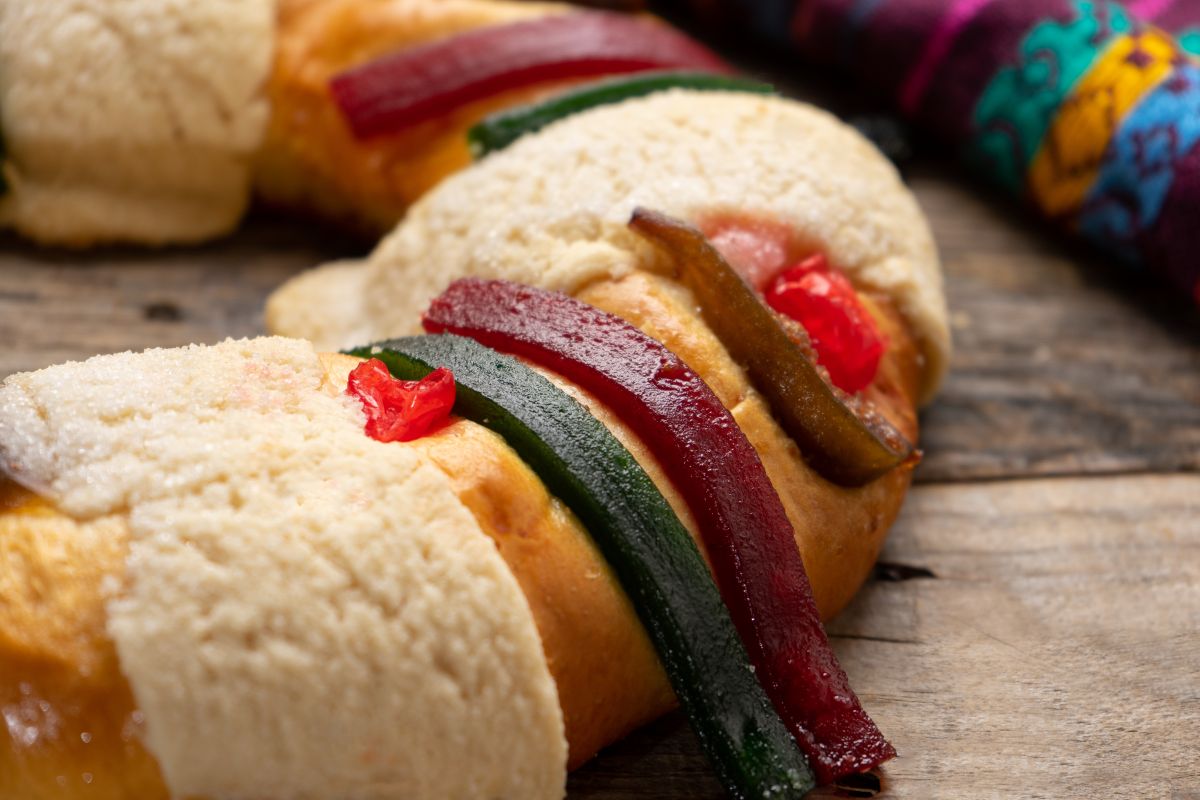 Many families in the United States, especially those of Hispanic origin, prepare to celebrate the last holiday with which we practically say goodbye to Christmas every year: the day of the Magic Kings.

Undoubtedly, Three Kings Day is a highly anticipated holiday in millions of homes in the world, since it is precisely the day that millions of children wake up with the illusion that the Three Wise Men who once visited the baby Jesus, leave the gift that you have wanted so much.

Y One of the things that cannot be missing on this day is the so-called Rosca de Reyes, that typical round sweet bread, in whose interior various figures are hidden and that is shared as a family, precisely to see who will have to take the child out of the thread and be his “godfather” for February 2, Candlemas Day , where the lucky one will have to invite the tamales and the atole.

Today, We find Roscas de Reyes of all kinds: filled with cream, chocolate, cheese and jam, with figures even of famous science fiction characters; but nevertheless, The traditional thread is one made of natural bread, with a touch of orange, and that is decorated with sugar, figs, cherries and in some cases acitrón, a typical Mexican sweet.

Of course, many people wish that none of this appeared in the Rosca de Reyes, since it is common for people to despise nuts, in particular acitrón and always prefer a piece that has the sugary one. Today, there are already many pastry chefs and bakers who have chosen to supply these elements in order not to waste ingredients and thus pamper more palates.

Why shouldn’t you buy Rosca de Reyes with acitrón on it?

Today, most of the people who make the traditional Roscas de Reyes they no longer use acitrón and they have supplied it with ate, quince, green papaya or cooked jicama because its sweet presence puts the environment at risk, in fact its use is prohibited.

Formerly, the acitrón was a traditional sweet widely used in Mexican gastronomy, which in addition to being used for the decorations of the Rosca de Reyes, It was used in the filling of the famous chiles en nogada.

East It was obtained from cooking the cane from the pulp of the sweet biznaga, a plant native to Mexico and that was collected in the fields, with piloncillo or cane sugar. This was peeled, soaked in lime, then rinsed, left to dry in the sun and then sweetened. They generally came in cubes or bars of translucent color.

But it was in 2005 when SAGARPA (what is today SADER- Ministry of Agriculture and Rural Development) declared the sweet biznaga as a plant in danger of extinction, due to its excessive exploitation for gastronomic and medicinal purposes.

Although at present the Official Mexican Standard 059 protects and calls to avoid this crystallized sweet in any of its presentations, there is a “black market” out there that continues to sell the acitrón, either for the Rosca de Reyes or to prepare the traditional typical Mexican dish of the month of September.

Therefore, it is best to buy and consume the Rosca de Reyes that has fruit tie. And if you fear experimenting, there are also some with chocolate or candy.

If you want or want to prepare your own Rosca de Reyes, on our Comedera site you will find an incredible recipe that could help you in your order.

* Three Kings Day 2022: why is it celebrated on January 6 and shoes are left
* The incredible odysseys of the Spaniards who crossed the Pacific on the trail of the Three Kings
* Why do they say that January 6, the Day of the Magi, is also the Day of the Astrologer?