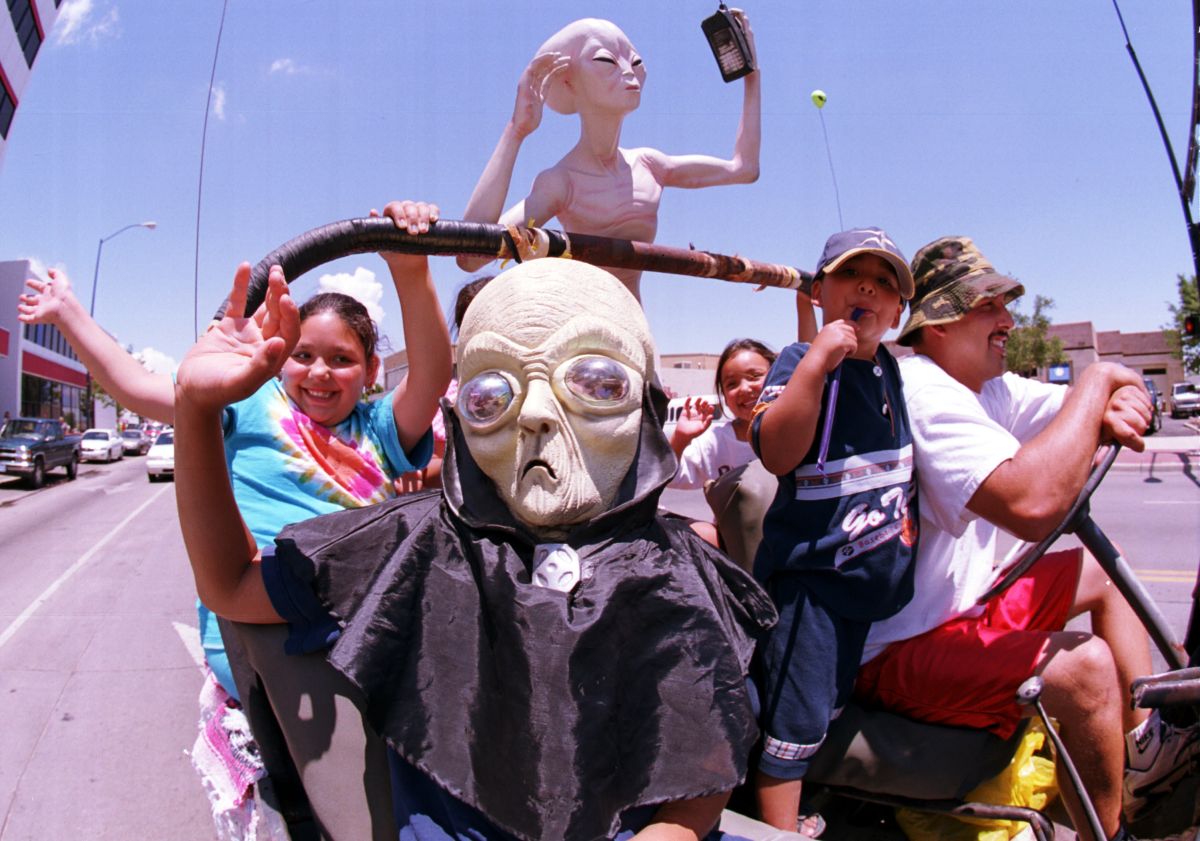 Public interest in unidentified flying objects, or UFOs, began to blossom in the 1940s, when advances in space travel and the dawn of the atomic age caused many Americans to turn their attention to the skies.

The city of Roswell, located near the Pecos River in southeastern New Mexico, became a magnet for UFO believers due to strange events In early July 1947, when ranch foreman WW Brazel found some strange, shiny material scattered across some of his land, he turned the material over to the sheriff, who passed it on to authorities at the nearby Air Force base.

July 8th, Air Force officials announced that they had recovered the remains of a “flying disc”. A local newspaper put the story on its front page, thrusting Roswell into the spotlight of the public’s UFO fascination.

Nevertheless, the Air Force soon retracted its story, saying the debris had simply been a downed weather balloon.

Aside from die-hard UFO believers, or “ufologists,” public interest in the so-called “Roswell incident” waned until the late 1970s, when claims surfaced that the military had fabricated the weather balloon story as a cover-up

Believers in this theory argued that officials had recovered several alien bodies from the crashed spacecraft, which were now stored in the mysterious Area 51 facility in Nevada.

Seeking to allay these suspicions, the Air Force issued a 1,000-page report in 1994 claiming that the crashed object was actually a high-altitude weather balloon launched from a nearby missile test site as part of a classified experiment intended to monitor the atmosphere. in to detect Soviet nuclear tests.

On July 24, 1997, just a week before the extravagant 50th anniversary celebration of the incident, The Air Force published another report on the controversial subject, entitled “The Roswell Report, Case Closed”, the document definitively stated that there was no evidence that any form of life was found in the Roswell area in connection with the reported UFO sightings, and that the recovered “bodies” were not aliens but dummies used in parachute tests. made in the region.

Any hope that this would end the cover-up debate was in vain, as furious ufologists were quick to point out inconsistencies in the report.

With conspiracy theories still alive and well on the internet, Roswell continues to thrive as a tourist destination for UFO enthusiasts everywhere, hosting the annual Festival of UFO Encounters every July and welcoming visitors year-round to its International UFO Museum and Research Center.