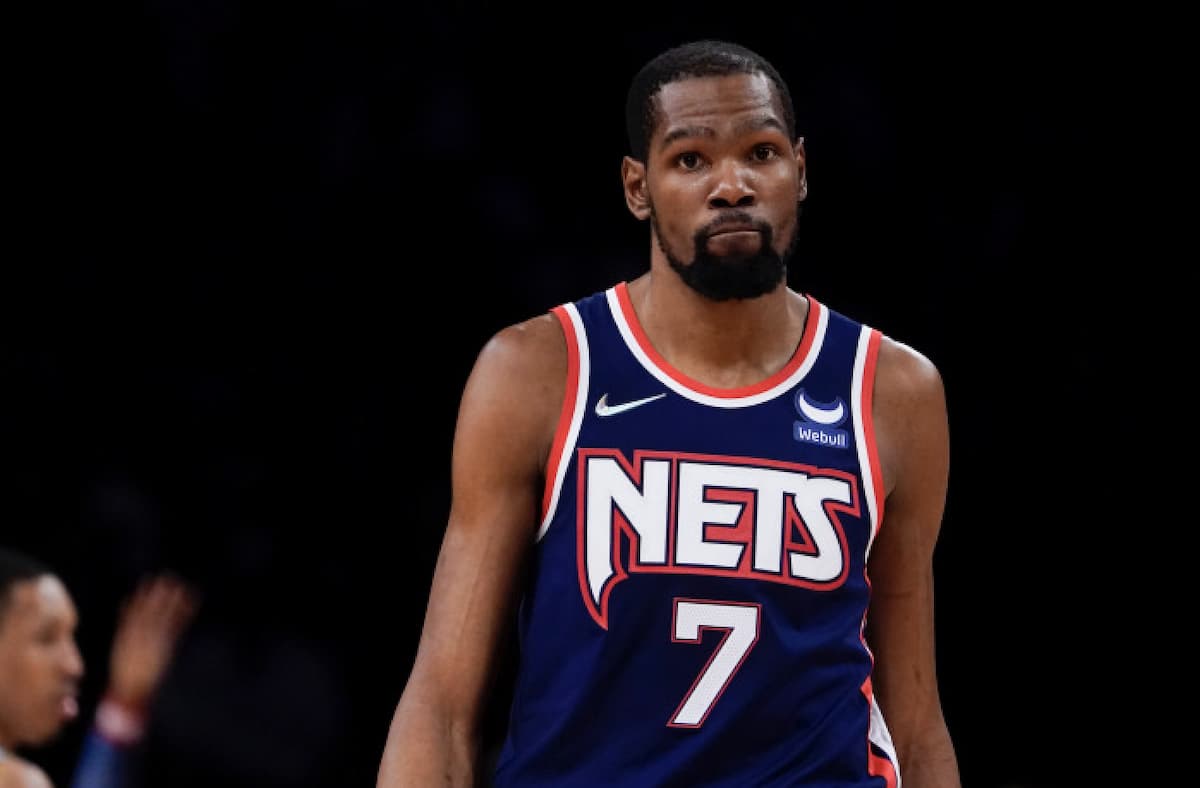 There has been plenty of noise regarding Kevin Durant so far in the offseason. Of course, that is to be expected given the star quality of the player and the fact that he wants to be traded away from the Brooklyn Nets.

However, as of yet, a move away from the Barclays Center proves to be a little difficult, even if one of his former franchises is rumored to be a potential possibility for the experienced veteran.

In this article, we will take a look at the alleged interest from the Minnesota Timberwolves in making a trade happen for Durant, what the story is so far, and what might happen for the All-Star in the future.

What has the story been so far?

Naturally, many will be watching the developments of Kevin Durant and the ongoing situation with keen interest, as that is what happens when a star is pushing for a move. And KD’s situation continues to dominate the headlines.

As mentioned, the Minnesota Timberwolves have been rumored as a destination to which KD could return, although it does appear rather unlikely at this present moment, especially because the Brooklyn Nets are making it rather challenging for a trade to take place.

While Steve Nash’s organization appears to be happy to let him go, they have made sure that they would not be backed into a corner regarding his situation and will aim to get as much as they can for their star. Naturally, when you have a player who is only one year into a four-year extension, there is no pressure to let him go for next-to-nothing.

REPORT: The Brooklyn Nets asked the Minnesota Timberwolves for Karl-Anthony Towns, Anthony Edwards, and 4 draft-picks in exchange for Kevin Durant.

In fact, it seems the Nets would impose a lot of conditions to let KD go. According to Vince Goodwill on the “Posting Up” podcast, it has been claimed that Brooklyn had told the Timberwolves that they would want Karl-Anthony Towns, Anthony Edwards, and four first-round picks for their 12-time All-Star.

Unsurprisingly, the franchise balked at that proposal and decided to end their pursuit of KD, instead having acquired center Rudy Gobert in a deal that was described as a “blockbuster deal” because it involved trading four first-round picks and five other players.

Will Durant be on the move this summer?

With the way that the Nets are playing hardball and are ensuring that they are not low-balled by anyone looking to take advantage of a situation in which the franchise has an unhappy player on its roster, there will be questions about whether Durant will actually be on the move in the offseason.

Indeed, there have been some who have suggested that the Nets may actually look to try and keep him and see out the entire situation, while it has also been claimed that the NBA franchise could end up looking to keep him until the fall when training camp begins.

Of course, the franchise and its fans will be fully aware of his importance to the team, especially if they are willing to try reaching the NBA Finals once again. Last season’s efforts were dismal and fans who may have placed a wager on a possible NBA Championship will have been left rather disappointed with what they had seen.

Indeed, while we can now get this season’s Nets odds in Caesars Sportsbook NY already, many who placed a wager last year prior to the downfall that was experienced in the postseason would have believed they were on for a winner.

KD would have been an individual many would have backed to be a big performer, but if he gets his wish, they might have to look at other individuals on the court to come up with the goods; should no one else wish to be traded.

What is Durant’s wish?

Of course, there are plenty of stories being circulated at the moment regarding Durant and his future in the NBA and where he might end up playing, although that is something that was to be expected given the reputation this star player carries within the sport.

Naturally, there has been a lot of speculation and a number of suggestions to have been made where he could be an ideal fit, although it has recently been claimed that KD has one particular team on his radar that he would like to join this offseason.

It has been claimed that the veteran baller has his “heart set on Phoenix” and joining the Suns, with various reports to have also backed up that claim, too. However, as we have already alluded to beforehand, there will need to be a lot of discussions and negotiations between the Suns and Nets in order to facilitate a trade.

With these things being required to happen and the Nets expecting big returns, KD might not get the move that he wishes for.

What will the Nets actually do?

All eyes will be on the Nets this offseason, as they hold all the cards in regard to the possibility of a trade. As mentioned, the franchise has already looked to exploit that power by making demands that some NBA franchises are simply unwilling to meet, thus effectively being forced out of any potential trade.

Can the Nets be winners of this situation, though? Well, if they were to get a team to part with the kind of deal they want, then of course. However, that is a lot easier said than done. In fact, it looks like the Nets are trying to force everyone out of a move and perhaps look to keep KD at the organization for as long as they possibly can, perhaps in the hope of convincing him to stay for another season at the very least.

While it has not become messy in the slightest at the moment, it would not be a surprise if we were to see more aggressive moves be made throughout the offseason by all involved. There is no denying that other teams will be interested in Durant, but with the Nets holding the cards, everyone could potentially end up a loser in this trade battle.