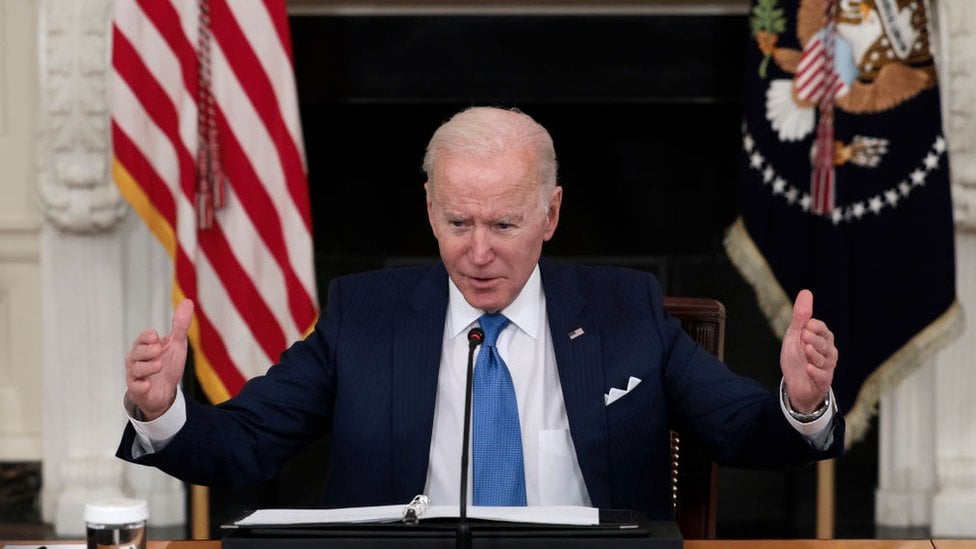 The crisis on the border between Russia and Ukraine, which has set off alarms in foreign ministries throughout Europe, fearing an armed conflict on that continent, has a very different meaning for China, which, according to some analysts, may be indirectly favored with these tensions.

Beijing has good relations with both Moscow and Kiev and has been adamant in calling on the parties to remain calm and “leave the Cold War mentality.”

However, at the same time, has endorsed Russia’s “legitimate security concerns” and has given him valuable rhetorical support by signing a joint statement in which “they oppose the continuation of NATO enlargement.”

This statement was issued after a meeting between leaders Xi Jinping and Vladimir Putin, which took place on February 4.

That meeting had an additional symbolic charge since it was the first time that the Chinese president had met in person with the leader of another country since the start of the covid-19 pandemic.

But how can the tensions between Moscow and Kiev favor Beijing?

The key is Washington.

The competition between Beijing and Washington for world supremacy has been heating up in recent decades.

Little by little, the United States stopped considering China as an emerging power that it wanted to see integrated into the international economic system – in the hope that its economic progress would also lead to political change – and began to see it as a global strategic competitor.

In the strategic national security guidelines approved in 2021 by the Biden government, this new characterization of China is clearly expressed.

“[China] it is the only competitor potentially capable of combining its economic, diplomatic, military and technological power to mount a sustained challenge to a stable and open international system.

What’s more, Washington ratifies its intention to “support China’s neighbors and trading partners to defend their rights”, to support Taiwan and to “defend democracy, human rights and human dignity, including in Hong Kong, Xinjiang and Tibet.”

In this context, the fact that the United States has to allocate its efforts and resources to any other region of the world favors China, according to some analysts.

“From a geopolitical perspective, it is good for Beijing that the United States, Europe and Russia focus on a crisis far from China’s borders and don’t focus on the problems they have with respect to China, which gives Beijing more hands-free to deal with its concerns in its own region,” says Chris Miller, a professor at the Fletcher School of International Relations at the University of Tufts, to BBC World.

“So from that perspective, the focus being on the crisis in Russia and Ukraine is a good thing for Beijing as it certainly diverts attention away from the United States and key European powers from the Indo-Pacific region,” he adds.

In this case, the situation has required the Biden government not only many hours of diplomatic work but also the transfer of US troops to Eastern European countries, as well as the shipment of weapons to Ukraine.

What if there was a war?

Some experts believe that, in this framework, China could be even more favored if the tensions between Russia and Ukraine lead to a military confrontation.

“If Russia invades Ukraine, precipitating a protracted conflict with the United States and its Western allies (although a direct military confrontation is unlikely), China would obviously benefit. The United States will need to divert strategic resources to confront Russia and its European allies will be even more reluctant to heed US pleas to join the anti-China coalition,” wrote Minxin Pei, a specialist on US-China relations. China of Claremont McKenna College (California), in an article published by Project Syndicate.

He added that China’s influence over Russia would increase if Putin decides to invade Ukraine “because then he will need Chinese economic support to lessen the impact of Western sanctions.”

A protracted conflict in Europe would reduce Washington’s ability to focus on a potential confrontation in the Pacific at the same time.Shi Yinhong, a professor of international relations at Renmin University in Beijing, told New York Times.

“The United States is in a sorry situation right now,” said the expert, who warned that a conflict in Ukraine would reinforce China’s current tough stance and military readiness on the Taiwan issue.

According to Pei, if Biden succeeds in defusing the crisis by agreeing to some of Putin’s demands, Beijing will end up in a worse strategic situation.

“While Putin will reap the benefits of his coercive diplomacy and Biden will avoid a potential quagmire in Eastern Europe, China will find itself the sole focus of America’s national security strategy,” he said.

Despite these analyses, there are experts who believe that China is sincere when it says that it does not want a conflict in Ukraine. Chris Miller is one of them.

“I don’t think China thinks it would benefit from war. Although he has supported Russia diplomatically and politically during the crisis, that does not necessarily mean that he is very much in favor of any military move. risky that Moscow can take,” says Miller.

He explains that in economic terms the global economy runs significant risks in the event of a Russian invasion of Ukraine and that, although it would be Moscow that would receive the greatest impact by being subject to financial sanctions by the West, it is possible that other countries will also be affected. . In addition to the risk that if the war is extended over time it could have other consequences for the international system as a whole.

“From China’s perspective, I think they are happy that the current diplomatic focus is on the relationship between Russia and Ukraine, but they would not want to have anything as risky as a full-scale war in Eastern Europe,” he says.

Until now, China has sought to support Russia based on common interests, but without reaching the point of explicit support that could compromise it beyond what is due.

“China’s rulers know that expressly supporting Putin will most likely antagonize the European Union, now China’s second largest trading partner. In the strategic calculation of the Chinese rulers, it is vital to prevent the United States from recruiting the EU for its anti-China coalition.Pei wrote.

The expert pointed out that Beijing’s efforts to help Putin could generate a retaliation from the EU, whose response could include restricting the export of technology to China or offering greater diplomatic support to Taiwan.

“Few in the Chinese leadership are likely to see this as a risk worth taking,” Pei said.

Although the current rapprochement between China and Russia began in 2014 in the context of the invasion of Crimea, then Beijing was strategic in giving Moscow selective support. Thus, for example, it abstained in the vote on the UN Security Council resolution condemning the Russian invasion, but has never officially recognized Moscow’s annexation of that territory.

Even if the current crisis defuses without escalating, China has already taken advantage of the situation.

Chinese state media have portrayed the crisis in Ukraine as yet another example of the West’s failings. and they have portrayed the United States and NATO as powerful, refusing to respect the sovereign right of other countries, such as China and Russia, to defend their territory.

“I think their goal has been to weaken America’s soft power, tarnish the credibility and appeal of liberal institutions, and discredit the open media,” Jessica Brandt, director of policy at the Brookings Institution, said in an interview with the BBC. .

Additionally, Putin’s visit to Xi in the framework of the opening of the Beijing Winter Olympics also it helped to reduce the impact of the diplomatic boycott that some western governments applied against those Games.

In the joint statement after that meeting, both countries said they were “seriously concerned” about the Aukus security agreement, signed by Australia, the United States and the United Kingdom with the aim of “defending” their interests in the Indo-Pacific region (an area vital for China).

In addition, Russia expressed support for the “one China” policy, which sees Taiwan as a rogue province that will eventually be reintegrated into the rest of the country.

These are early fruits that Beijing has already harvested during the crisis between Russia and Ukraine.