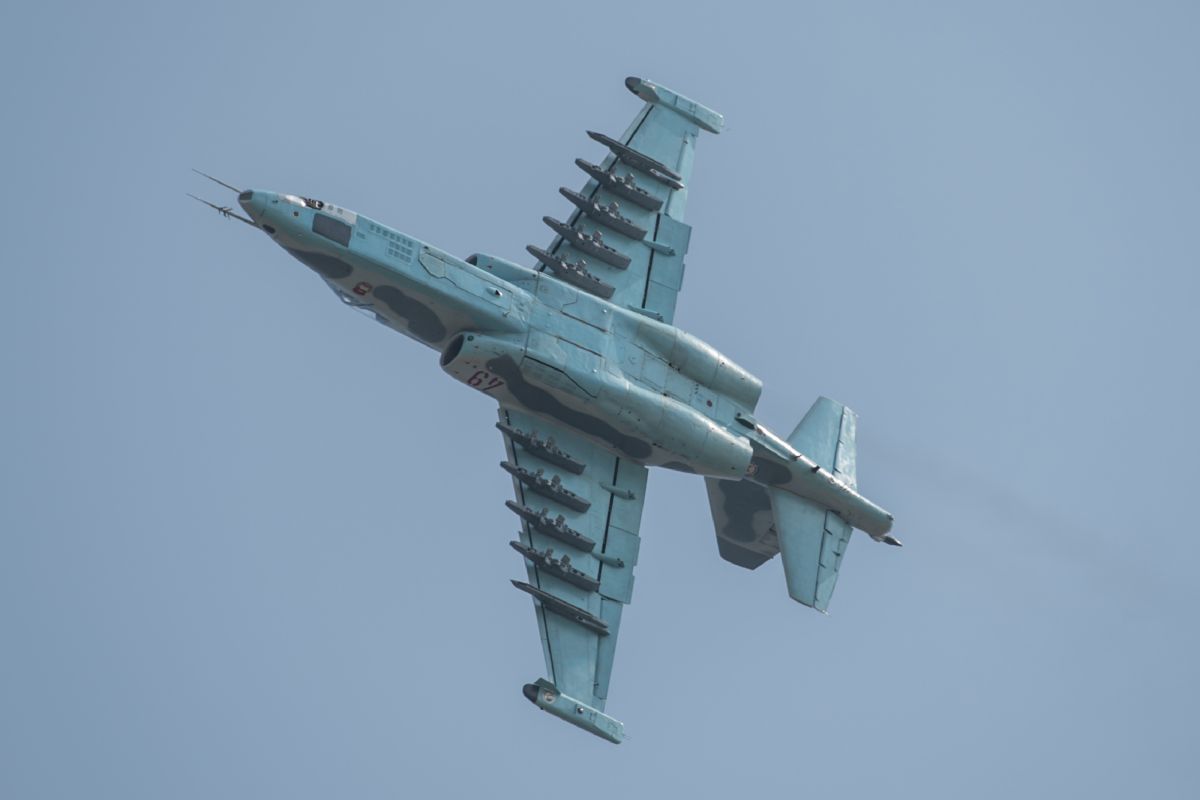 Other Russian air force general was killed after his Su-25 fighter jet was shot down by Ukrainian forces using a Stinger missile American made.

Retired Major General of the Russian Air Force, Kanamat Botashev, 63, is the highest-ranking pilot known to have died since the war began. on February 24.

Before Botashev retired, he was a commander of an aviation regiment.

Botashev’s death was confirmed to the BBC by three of his former subordinates who spoke on condition of anonymity for security reasons.

An announcement of General Staff of the Ukrainian Armed Forces on May 22 said that a Russian Su-25 attack aircraft had been shot down in the sky over the Luhansk region.

Along with a published image of the burning plane, an adviser to the head of the Interior Ministry, Anton Gerashchenko, said: “In the distance, the remains of the Su-25 shot down by soldiers of the 3rd company of the 80th brigade in the Lugansk region they have been burning for an hour. ‘Stinger’ worked perfectly.”

The report added that the pilot did not have time to eject.

One of Botashev’s former colleagues confirmed to the BBC that in Ukraine, the retired general carried out tasks on the Su-25.

According to the former colleague, the discussions on one of the Russian Telegram channels said: “Kanamat died today! Popasnaya district, 8:25. The first call of the NAR-s, the second, Stinger bombs at the exit of the attack, an explosion in the air and… That’s it”.

The channel’s administrators later deleted the comment, but other members of the group continued the discussion using the initials CHB.

“Farewell, commander… There are few people on this planet who lived as long in heaven as you. Heaven takes the best, today it took you,” wrote Fighterbomber, an authorized Telegram channel in Russian military circles.

Botashev had been a sniper pilot, whose training takes 10 to 12 years, according to the Russian Defense Ministry, and costs around $8 million.

It is unclear what the retired general was doing in Ukraine or how he came to fly a Su-25.

However, Russia had launched a recruitment drive in early March.

Russian military registration and enlistment offices, patriotic organizations and the mercenary group PMC Wagner have been actively campaigning to attract candidates to fight in Ukraine.

Born in 1959 in Karachay-Cherkessia, Botashev graduated from the Yeysk Higher Military Aviation Institute as a fighter-bomber pilot.

However, reports say he was fired from the army in 2013 when he was accused of crashing a Su-27 fighter near the city of Petrozavodsk and was not allowed to fly.

He then worked as vice president of aviation for the Society of Volunteers for Cooperation with the Army, Aviation and Navy in the Leningrad region.

At least 31 Russian military pilots have been killed since Russian forces invaded Ukraine, although the true number may be higher.

Major General Vladimir Frolov, deputy commander of the 8th Combined Arms Army, is believed to have been the eighth Russian general to die in battle.

The exact details of how and where he died were not released.

Russian President Vladimir Putin lost another general in March, Lieutenant General Andrei Mordvichev, commander of the 8th Combined Arms Army, who was killed in battle at Chornobaivka, near the southern city of Kherson.

It followed the deaths of Major General Andrei Kolesnikov of the 29th Combined Arms Army and Vitaly Gerasimov, who was killed in fighting outside Kharkiv.

Major General Andrei Sukhovetsky was reportedly shot dead by a sniper in the battle for Hostomel airfield, some 30 miles from the capital kyiv, in early March.

General Magomed Tushaev was killed when his column of Chechen special forces, including 56 tanks, was destroyed near Hostomel, northeast of the city. Major General Oleg Mityaev, 47, was killed in Mariupol, as was Lieutenant General Yakov Rezantsev, who was also killed in the fighting.