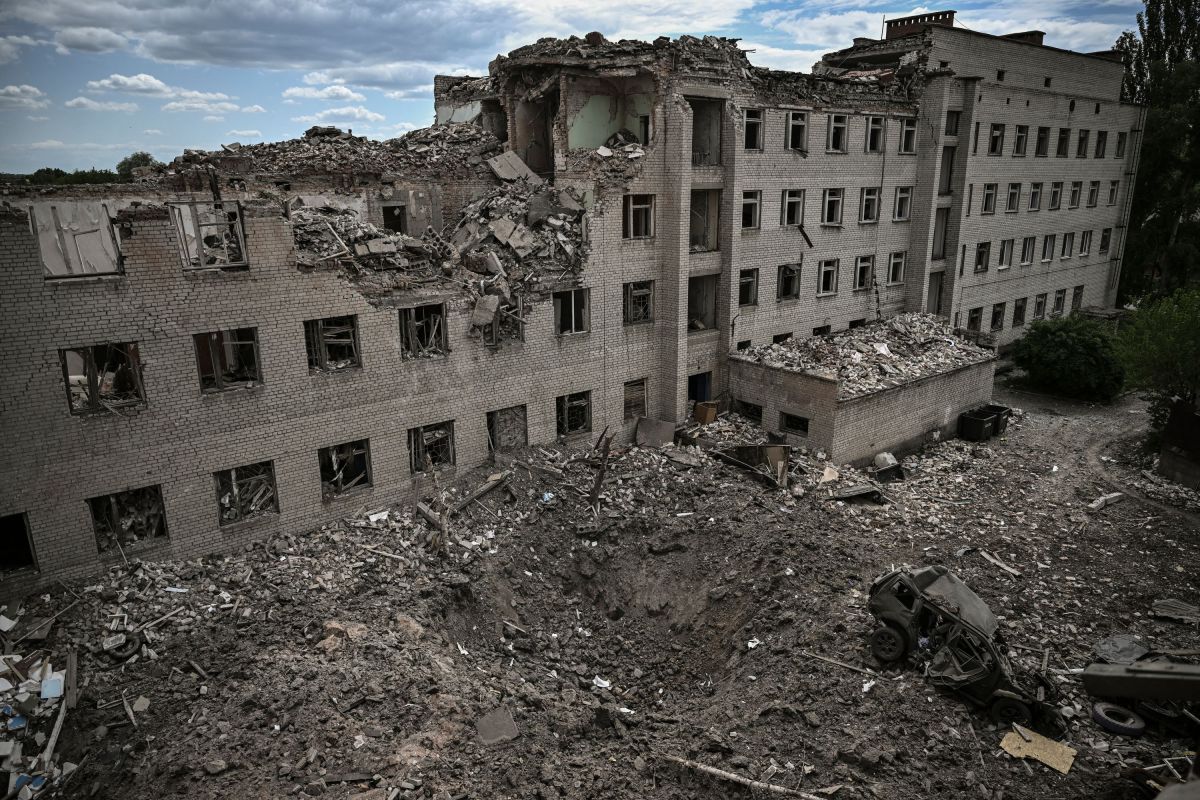 The Russian Army broke through the Ukrainian lines in the Donetsk region by conquering the town of Liman and tightening the siege around Severodonetsk.key points in the plans for the final assault on the Sloviansk-Kramatorsk fortified district.

“In the north of the region, the main objective of the Russians is Sloviansk-Kramatorsk,” said Pavlo Kyrylenko, head of the Donetsk military administration.

Without having yet taken all the territory of the Lugansk region, Russian troops have already managed to advance more than 37 miles behind enemy lines between the two Donbas regions.

The pro-Russian militias claim to have taken “total control” of Limán “with the fire support of the Armed Forces of the Russian Federation.”

Kyrylenko confirmed to the Ukrainian outlet Hromadske that “Most of Liman is not under the control of the Ukrainian military” and that the Ukrainian troops have withdrawn 90 kilometers to the south.

“The same thing happens in the direction of Svitlodarsk. The enemy is now in that territory. Ukrainian forces have regrouped to take fortified positions,” he explained.

According to the Ukrainian generals, Moscow wants to force kyiv to fight a great battle for control of Donbas, which the Ukrainian Army seeks to avoid at all costs.

In 2014, the two biggest battles of the Donbas war consisted of two “kotiol” (cauldron), where pro-Russian militias reinforced by Russian forces surrounded and crushed the Ukrainian Army.

Limán is a small town with less than 30,000 inhabitants, but it is an important crossroads that leads directly to Sloviansk, which is just 30 kilometers away.

Sloviansk is not only the main railway hub in the area, but it was the scene eight years ago of the outbreak of the pro-Russian armed uprising.

To do this, the Russians try by all means to advance by road to Bakhmut from Popasna and Lisichansk in an encircling maneuver.

Meanwhile, the situation in the last Ukrainian stronghold in Lugansk is also desperate. According to the authorities, in Severodonetsk there would be at least 1,500 dead.

60% of houses in Severodonetsk have been destroyed by Russian shelling and 85-90% of buildings are damaged and will need major repairs, the head of the city’s military and civil administration said.Oleksandr Stryuk.

In the last 48 hours, the Russians have bombed residential neighborhoods, civilian infrastructure and the Azot chemical plant.

“Unfortunately, there are victims among the civilian population and Azot employees,” he said, warning residents not to leave the city due to the danger that this entails.

Russian units managed to enter the city on Friday, specifically in the Mir hotel, although they were expelled by the Ukrainian military.

“We have managed to stop the advance of the orcs trying to enter the city. Fighting continues,” Stryuk stressed.

According to the latest report from the Institute for War Studies (ISW), the Russians are likely to complete the capture of the city of Severodonetsk in the next few days.

After the Ukrainian president, Volodymyr Zelensky, will demand weapons “without exceptions or limits”, the Pentagon said this Saturday that it does not rule out this possibility.

As reported by CNN, Washington could announce next week the shipment of the launchers known as MLRS, to which the HIMARS, of the same family, but lighter, would later be added.

The rocket launchers provided to Ukraine so far have a much smaller radius of action than the MLRS and HIMARS, which are fired from a vehicle and have a maximum range of 300 kilometers, depending on the type of ammunition, which would allow the Ukrainians to attack more easily targets inside Russia.

“Maybe it’s time to respond and give us MLRS?” he wondered.

“We warn the West in the most serious way that they are already waging, in essence, a proxy war against Russia with the hands, bodies and brains of Ukrainian neo-Nazis, but that this would be a serious step towards unacceptable escalation,” he told the channel. Russian RT Arabic.

Russian Iskander cruise missiles killed 10 people and wounded 35 others when they hit the national guard barracks at a firing range in the Dnipro region, which borders Donetsk and Kharkiv.