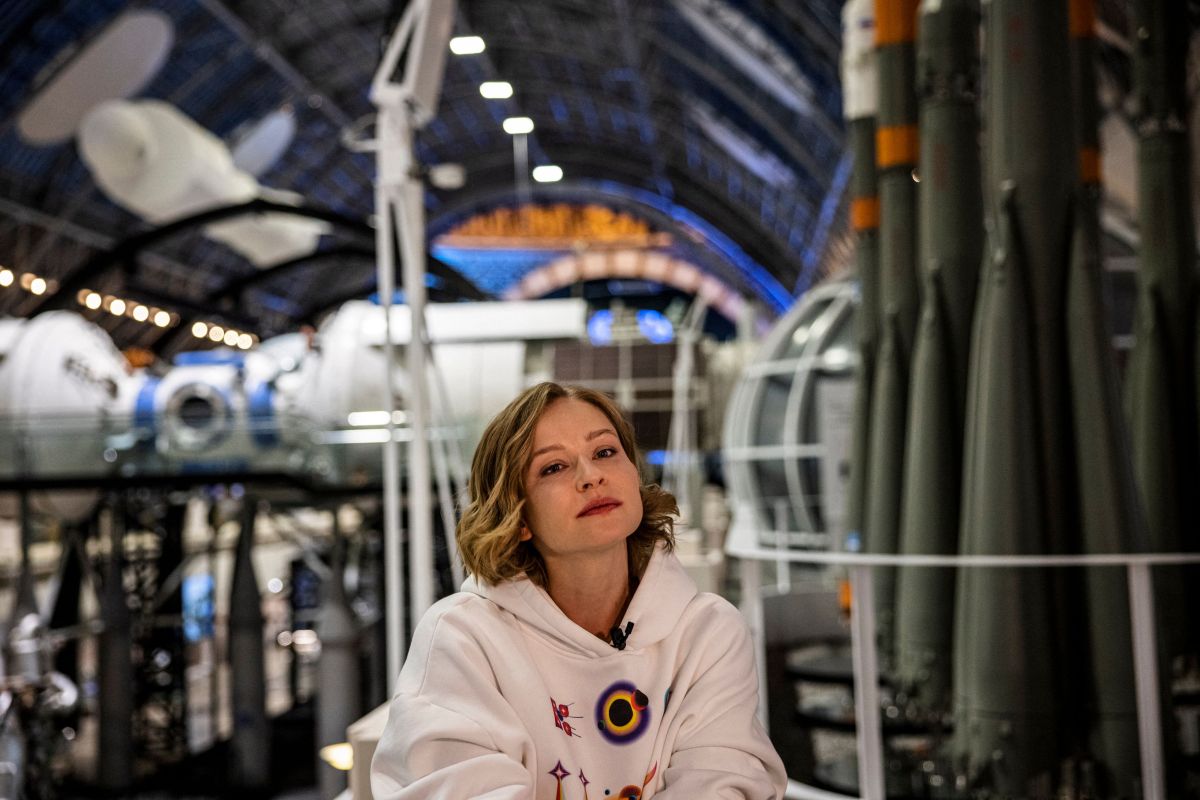 The Actress Yulia Peresild and director Klim Shipenko arrived with a minor setback on the International Space Station after a three-and-a-half-hour journey on the Russian Soyuz spacecraft along with cosmonaut Anton Shkaplerov., a veteran of three space missions.

The Soyuz MS-19 took off as scheduled at 8:55 AM EST from the Russian space launch station in Baikonur, Kazakhstan and arrived at the station after approximately 3 1/2 hours.

Shkaplerov took over the manual controls to smoothly dock the spacecraft at the space outpost, after a failure in the automatic docking system..

The trio reported that they were feeling fine and that the spacecraft systems were functioning normally.

Peresild and Klimenko will film segments for a new movie titled “Challenge,” in which a surgeon played by Peresild rushes to the International Space Station to save a crew member. he needs an urgent operation in orbit.

After 12 days at the space outpostThey will return to Earth with another Russian cosmonaut.

“We have been pioneers in space and have maintained a position of trust,” said Peskov. “These missions that help publicize our achievements and space exploration in general are excellent for the country.”

Speaking at a pre-flight press conference on Monday, Peresild, 37, acknowledged that it was a challenge for her to adjust to the strict discipline and rigorous demands during training.

“It was psychologically, physically and morally difficult,” he said. “But I think that once we achieve the goal, all of that will not seem so difficult and we will remember it with a smile.”

Shipenko, 38, who has made several commercially successful films, also described his accelerated four-month preparation for the flight as difficult.

“Of course, we couldn’t do a lot of things on the first try and sometimes even on a third try, but it’s normal,” he said.

Shipenko, who will complete filming on Earth after filming the space episodes of the film, said that Shkaplerov and two other Russian cosmonauts now aboard the station, Oleg Novitskiy and Pyotr Dubrov, will participate in the new film.

The Russian state-controlled Channel One television channel, which is involved in the making of the film, has extensively covered the crew training and launch.

“I am in shock. I still can’t imagine my mom being out there, “Peresild’s daughter Anna said in televised remarks minutes after the launch that she saw with tears in her eyes.

Dmitry Rogozin, director of the Russian state space corporation Roscosmos, was a key force behind the project, describing it as an opportunity to polish the nation’s space glory and rebuffing criticism from some Russian media.

“I hope the project helps to draw attention to our space program, to the profession of cosmonaut,” Rogozin told reporters on Tuesday. “We need a better visualization of space research. The space deserves to be shown in a more professional and ingenious way ”.

After congratulating the crew on a successful docking, Rogozin said he personally edited the film’s script to properly reflect the realities of space flight.

“We describe some real emergencies that can occur there,” he said. According to the script, the movie’s cosmonaut needs urgent surgery after being hit by space debris.

Some commentators argued, however, that the film project would distract the Russian crew and it might be uncomfortable to shoot on the Russian segment of the International Space Station, which is considerably less spacious compared to the American segment.

A new Russian laboratory module, the Nauka, was added in July but has not yet been fully integrated into the station.

At the space station, the three newcomers were joined by the station commander, Thomas Pesquet, of the European Space Agency; NASA astronauts Mark Vande Hei, Shane Kimbrough, and Megan McArthur; the cosmonauts of Roscosmos Novitskiy and Dubrov; and Aki Hoshide of the Japan Aerospace Exploration Agency.

After the hatches between the Soyuz and the station were opened, the trio floated in, beaming smiles and exchanging hugs with the station crew.

“I feel like I’m dreaming,” Peresild said during a brief televised connection with Mission Control in Moscow.

Shipenko echoed that sentiment: “We have been waiting for that for so long, and in fact now we feel like in a dream.”

Novitskiy, who will play the sick cosmonaut in the film, will take the captain’s seat in a Soyuz capsule to take the film crew back to Earth on October 17.

Before Russia took the lead in making feature films in space, NASA had spoken with actor Tom Cruise about the possibility of making a film in orbit.

NASA confirmed last year that it was in talks with Cruise about filming on the International Space Station with SpaceX providing the elevator.

In May 2020, Cruise was reported to be developing the project alongside director Doug Liman, Elon Musk, and NASA.