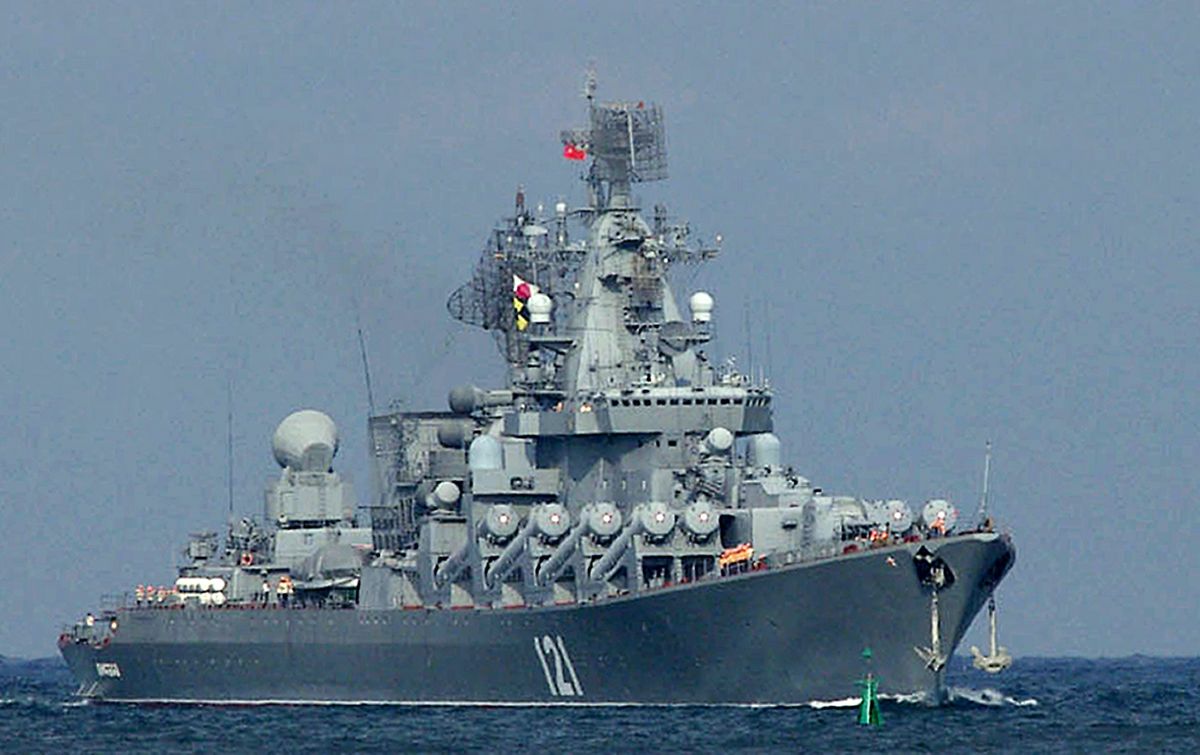 The Russian Defense Ministry said it sank in a storm on Thursday after being destroyed by a fire that it said earlier detonated some of its weapons and forced the crew to evacuate.

Ukraine had claimed that the warship was hit by its missiles Wednesday night off the Ukrainian Black Sea port of Odessa. Russia’s statement made no mention of Ukrainian forces.

The 510-man warship was a flagship symbol of Russia’s military might and has led Russia’s naval attack on Ukraine.

The Russian state media agency, TASS, quoted the Russian Defense Ministry as saying that “the ship lost its balance due to damage to the hull” when being towed to port.

According to reports, the Moskva was the ship that demanded that the Ukrainians on Snake Island surrenderonly to be told, “Russian warship, fuck you.”

The incident is widely regarded in Ukraine as an iconic moment of defiance and the country recently unveiled a postage stamp commemorating it.

It was a guided missile cruiser, the lead ship of the Project 1164 Atlant class and was named after the city of Moscow.

News of the damage to the flagship overshadowed Russian claims of gains in the southern port city of Mariupol, which has seen some of the heaviest fighting of the war.

Western officials said Thursday that the damage to the flagship warship was another sign of Russian incompetence.