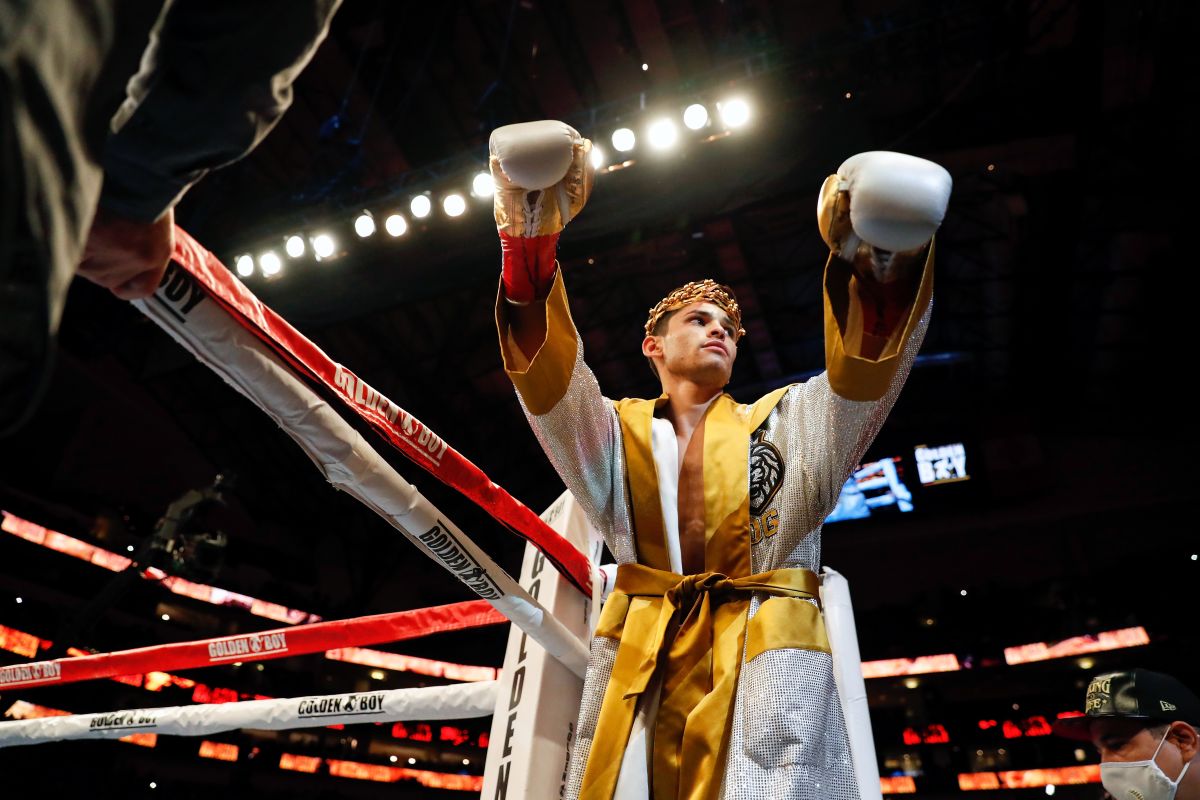 Saúl “Canelo” Alvarez and Gennady Golovkin will complete a trilogy of fights next September with which they will define their rivalry. The boxer of the lightweight category Ryan García gave his opinion in an interview granted to DAZN and which was broadcast by the Essentially Sports portal.

The native of Los Alamitos, was interviewed by DAZN on the occasion of his next fight in which he will face Javier Fortuna in the month of July. In said interview, García had time to give his prognosis and stated that whoever loses this fight will retire. But these statements were given before a clear panorama observed by him.

Ryan Garcia thinks Gennady Golovkin will have a dream night despite the fact that Saíl “Canelo” Álvarez will be on the other side.

“I feel like whoever loses this match will have to safely retire. I think Golovkin is going to have an amazing fight somehow. Obviously you can’t forget, there’s Canelo, but I have a feeling Golovkin will get the performance of a lifetime from him. I’m going to say GGG”, affirmed the boxer of Mexican descent, showing himself sure of a victory for the Kazakh.

without a doubt Ryan García’s bet against his former partner is risky, since the Mexican has a slight favoritism against a Gennady Golovkin who is already 40 years old. Despite this and the fact that the Kazakh could be taking his last steps in professional boxing, Garcia is confident that he will make the fight of his life.

The fight will take place on September 17 at the T-Mobile Arena in Las Vegas, where Canelo lost against Bivol and hopes to vindicate himself and especially his audience who hopes to see him win.

. Ryan García provokes Gervonta Davis on Twitter with a cheeky comment and the ‘Tank’ sends him to “shut his mouth”
. Official: Canelo Alvarez vs. Gennady Golovkin III already has headquarters
. “Canelo has no knockout blows”: Gennady Golovkin responds to Saúl Álvarez and assures that he has never hurt him