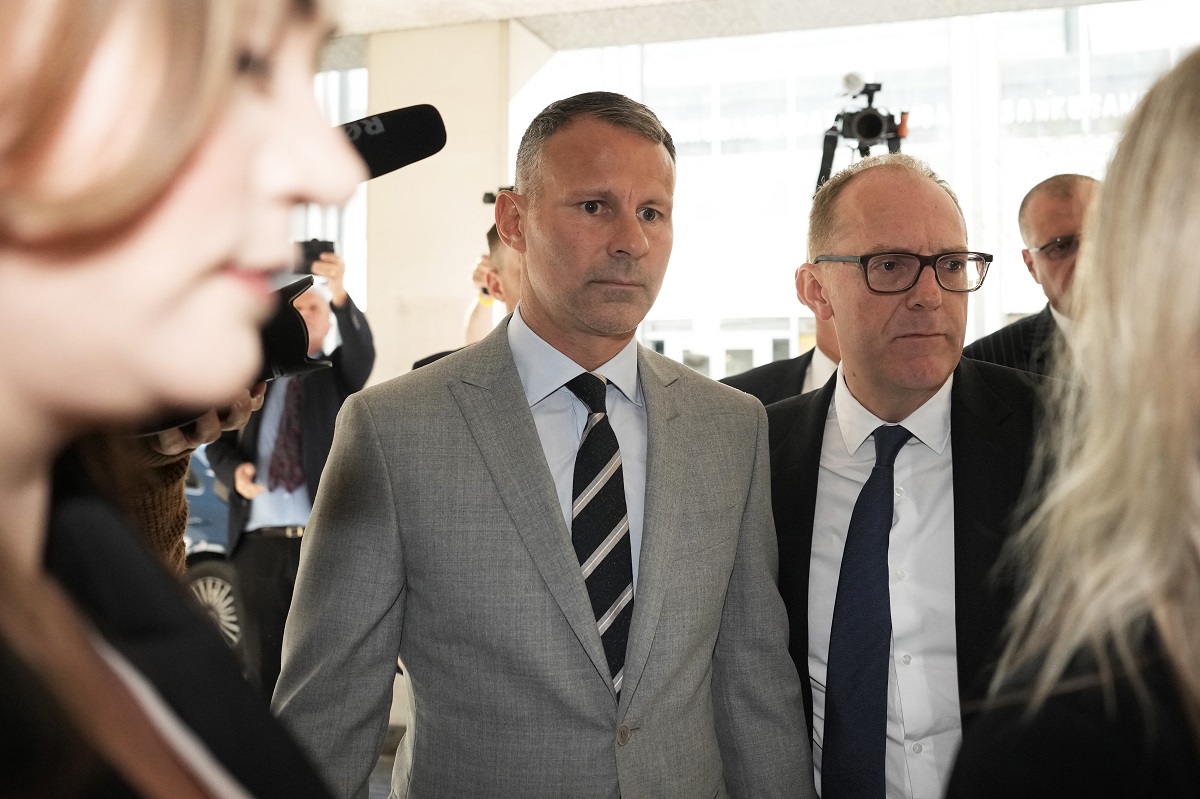 The trial continues in which Kate Greville denounces former soccer player Ryan Giggs for assault and coercive behavior while they were togetheryes New revelations were made and the Welshman flatly denied having hit the plaintiff, but does not deny that he is an infidel.

Giggs, a legendary Welsh player who shone for Manchester United, was once again in Manchester Crown Court and answered questions about the case in which he is being sued. If found guilty, he could serve a sentence of up to five years.

His lawyer Chris Daw asked him if “he had already assaulted a woman in his life”, his answer was “No”.. That question was repeated, but including her ex-partner: “he had already tried to control or force a woman, in the way she was or in the way Kate Greville claims”, she also denied it.

In this sense, the lawyer Daw stated that his client “had not resorted to any illegal violence.” And that, in addition, he admitted a behavior in the full moral quite far from being perfect.

What Giggs did not deny was being unfaithful

Before the Crown Court in Manchester, Giggs said he was a “cheater in love” and could not resist an attractive woman if she showed interest in him.

“If a seductive woman expresses her interest in you, whatever your marital situation, are you able to resist?” the lawyer asked. He responded with a “No”. Also, he confessed that he cheated on her ex-wife Stacey Giggs with Kate Greville and prior to that, he had cheated on her with her brother’s partner for eight years.

She defines herself as “a flirtatious person by nature”according to the report published by Daily Mail. She has not been able to be faithful to her ex-partners. He even tried to seduce his ex-sister-in-law Nathasa’s mother, Lorraine Lever.

“I can’t believe what Ryan is making of his life. He is a predator of women. He may have sex addiction without knowing it. His problem is that he can’t keep his pants up and he needs help.”said a source who consulted the British newspaper DailyMail.

Graville accuses him of headbutting him

“He came for me out of nowhere and headbutted me in the face,” Kate Greville tearfully accused Giggs in the aforementioned Crown Court. “I was in shock. I fell back, my lip instantly swollen. I put my hands to my mouth and I could feel the taste of blood.”assured.

When Giggs was asked about that alleged head butt, he agreed that there was a fortuitous clash: “I accept that during this fight my head collided with hers. I’m not sure if it was the face or the head of it, but I’m sure it wasn’t deliberate.”.

You might also be interested in:
– Gareth Bale was left without a coach: Ryan Giggs resigned from his position as manager of Wales after allegations of domestic violence against his ex-partner
– Manchester United is interested in Christian Pulisic in the final part of the summer market
– Ecuadorian Pervis Estupiñán leaves Villarreal to move to the Premier League