Agency Landscape Entertainment confirmed the Death of South Korean actress and model Kim Mi Soo at 29 years of age, who was part of the Cast of K-Drama “Snowdrop”, a story starring Jung Hae In and Jisoo, one of the members of BLACKPINK. At the moment the causes of his death are unknown.

Through a statement Landscape Entertainment, an agency that represented Kim mi soo, said he was “broadcasting sad and heartbreaking news.”

Kim Mi Soo passed away suddenly on January 5, the grieving family is currently heartbroken by the sudden and sad news.

They also asked all people to refrain from creating rumors or speculative reports, so that the relatives of the young model, who are moved and distressed, “can commemorate the deceased with reverence.”

The actress’s funeral will be held privately, “We wish Kim Mi Soo to rest in peace and once again, we offer our condolences to the deceased.”

The drama “Snowdrop” is set in 1987, when South Korea was ruled by a dictatorial government, which portrays the romance of two young university students. Kim Mi Soo played Yeo Jung Min, one of the people close to Eun Young-ro, BLACKPINK’s Jisoo’s character.

In the stories of the K-Drama Instagram account, a photo was published in memory of the actress, with the following message: “Rest in peace our beautiful Kim Mi Soo, our beautiful Yeo Jung Min.”

This was the trajectory of Kim Mi Soo

Kim mi soo She made her acting debut in 2018 with the short film “Lipstick Revolution”; the following year he acted in his first television drama, “Luwak Human,” with the character of Jung Ji-hyun, the daughter of the protagonist Ahn Nae-sang.

She was also part of the cast of “Hello and Bye, Mom!”, Playing the role of Cha Yeon-ji, the younger sister of female lead Kim Tae-hee. Another of the dramas in which he participated was in “The school nurse files” and “Yumii’s cells”.

It is worth mentioning that he had already started filming “Kiss six sense”, his new series for Disney +; the production company has canceled filming as a sign of mourning. 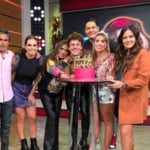 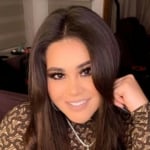 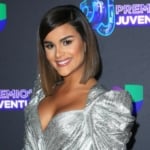 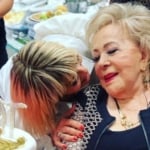 Mexico.- The Pinal Dynasty went through very difficult times, after a few weeks ago the matriarch Silvia Pinal had to be hospitalized for suffering from Covid-19 and her daughter Alejandra Guzmán for testing positive for the virus some time later. Now both reappear on social networks looking very healthy and happier than ever after recovering…
We use cookies on our website to give you the most relevant experience by remembering your preferences and repeat visits. By clicking “Accept All”, you consent to the use of ALL the cookies. However, you may visit "Cookie Settings" to provide a controlled consent.
Cookie SettingsAccept All
Manage consent