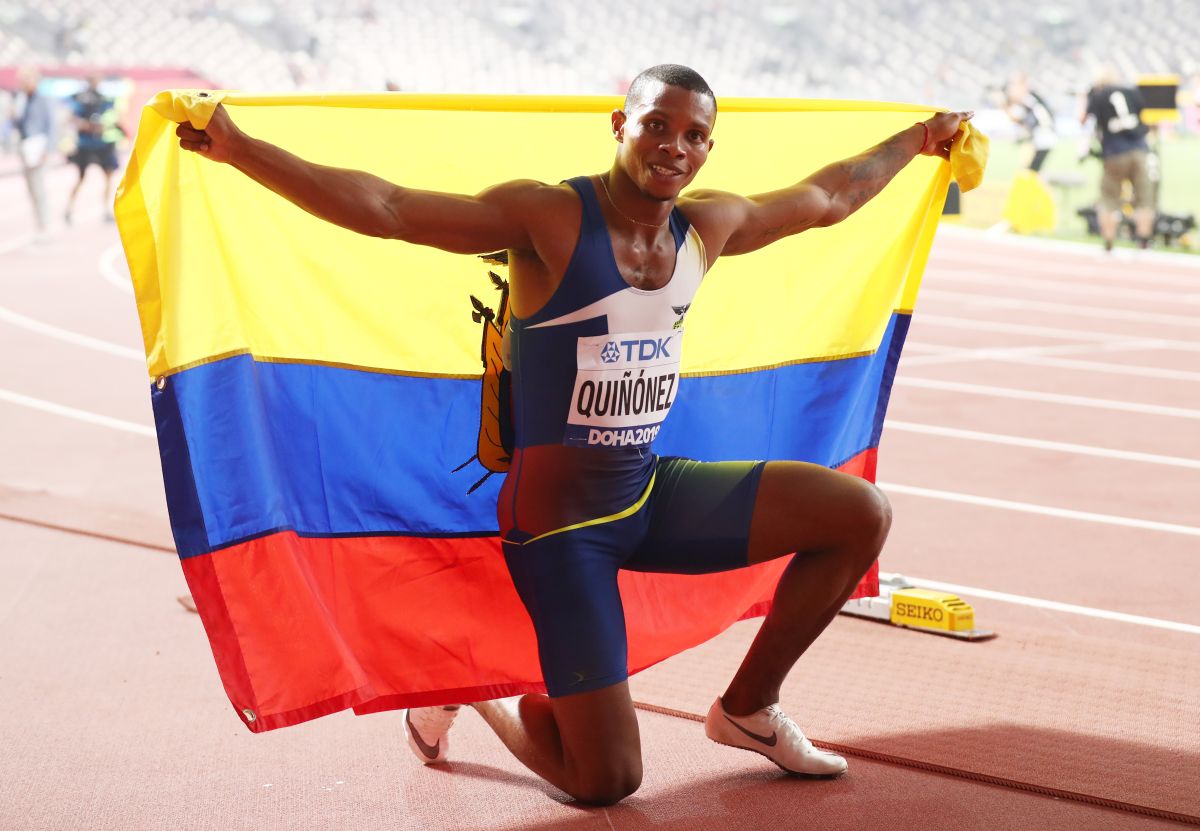 The Ecuadorian athlete Álex Quiñónez, finalist in the 200 meters in the London 2012 Olympics, it was murdered this Friday in the port city of Guayaquil (southwest), where he resided, for reasons that are still being investigated.

The death confirmed it Roberto Ibáñez, president of the Guayas Sports Federation, in a Twitter message in which he expressed the immense pain caused by the death of Quiñónez, a 32-year-old born in the province of Esmeraldas (northwest).

“My heart is totally shattered, I can’t find words to describe the emptiness I feel“Ibáñez wrote on his social network account.

“I can’t believe it, until when are we going to continue living so much evil and insecurity!“Added the sports leader referring to the fact that the city of Guayaquil has become the focus of the rise of delinquency and crime.

“Rest in peace dear Alex, I will miss you for a lifetime“, Concluded Ibáñez.

According to unofficial sources, Quiñónez and a friend of his, Jojairo arcalla, they were shot dead by unknown men, in the sector known as Colinas de la Florida, in Guayaquil.

Social networks in Ecuador ignited with the news of the murder of Quiñónez, which occurred in the fourth day of force of a state of emergency declared by the country’s president, Guillermo Lasso, to try to stop the increase in crime.

Joint operations between the military and the police have been concentrated in several provinces of Ecuador, especially on the coast of Guayas, whose capital is Guayaquil, where there have been several violent deaths in recent weeks.

The Ministry of Sports also reacted to the death of Quiñónez and remarked that he was assassinated “the best sprinter in the history of our country“.

That State portfolio, in a statement, reported that the competent authorities investigated the case and expressed their condolences to the athlete’s family, friends and fellow athletes.

Quiñónez was unable to compete this year at the Tokyo Olympics, following a decision by the International Olympic Committee, which suspended his participation after failing to report for a routine doping control.

The athlete appealed the ruling, but the sanction was upheld and he could not be registered for Tokyo.

With records of 10.09 seconds in the 100 meter dash and 19.87 in the 200, Quiñónez has been the best Ecuadorian in the discipline and reached fifth place in the Diamond League in 2019, when he also reached third place at that year’s World Athletics Championships in Doha.

His record includes a series of titles as champion in Pan American, Latin American, South American and Bolivarian games, among others.

You may also like:
They denounce that a player of the Afghan youth volleyball team was beheaded by the Taliban
Afghanistan: the 19-year-old footballer who died after falling from a US plane that took off from Kabul
The Afghan boy in Lionel Messi‘s plastic shirt desperately calls for help