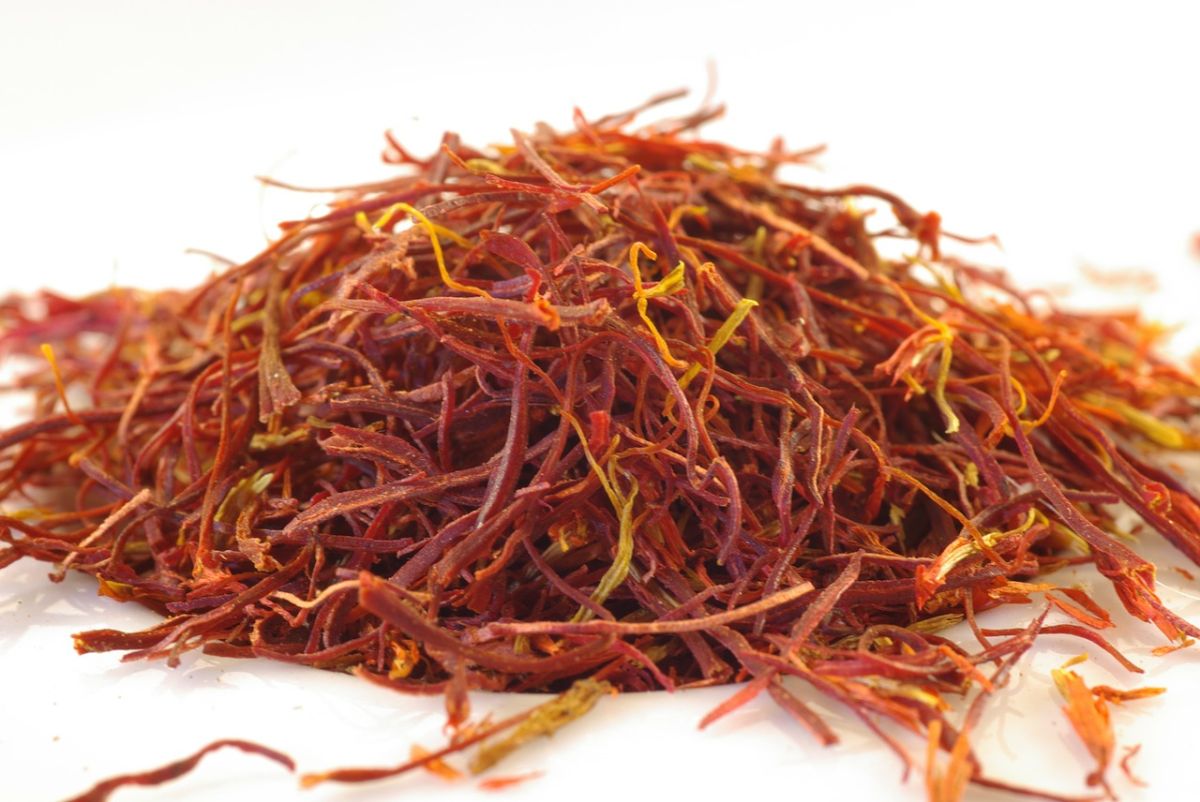 Saffron is a prized spice with a strong and exotic aroma with a bitter taste. It is not only used for culinary purposes, but also for medicinal purposes since health benefits are attributed to it, such as improve mood, promote memory and also to improve sexual function.

The spice of saffron are the stigmas of the saffron flower, it is one of the most expensive spices in the world. In cooking it is used in many Middle Eastern, Indian and European dishes. Iranians (major producers) commonly use saffron in their dishes. In addition to giving food color and flavor, saffron is also used to dye fabrics and leathers.

Saffron tea has a herbaceous flavor and a golden orange color that can also be beneficial.

A study by researchers at Tehran University of Medical Sciences found that 30 capsules of saffron per day have effects similar to fluoxetine capsules (Prozac) 20 mg in the treatment of mild to moderate depression in adults.

The effects of saffron have also been positive in women with mild to moderate postpartum depression.

Saffron may also help improve symptoms in people with major depressive disorder, according to studies reported in a review published in the Journal of Integrative Medicine in 2013.

Saffron contains crocin and crocetin, antioxidants that can help improve learning and memory function. WebMD notes that researchers believe that these antioxidants may have the potential to treat diseases that affect the brain, such as Alzheimer’s and Parkinson’s.

A study in the journal Antioxidants notes that saffron may help with the symptoms of Alzheimer’s disease due to its memory-enhancing properties as well as its antioxidant and anti-inflammatory effects.

People with mild to moderate Alzheimer’s who took a 30 mg saffron capsule for 22 weeks had cognitive improvements comparable to those who took the 10 mg drug donepezil.

How to make saffron tea

Saffron tea is prepared like other infusions, immerse the threads in very hot water, let them rest for between five and eight minutes and then remove them and consume the drink. You can mix saffron with tea leaves or other herbs and spices like cardamom.