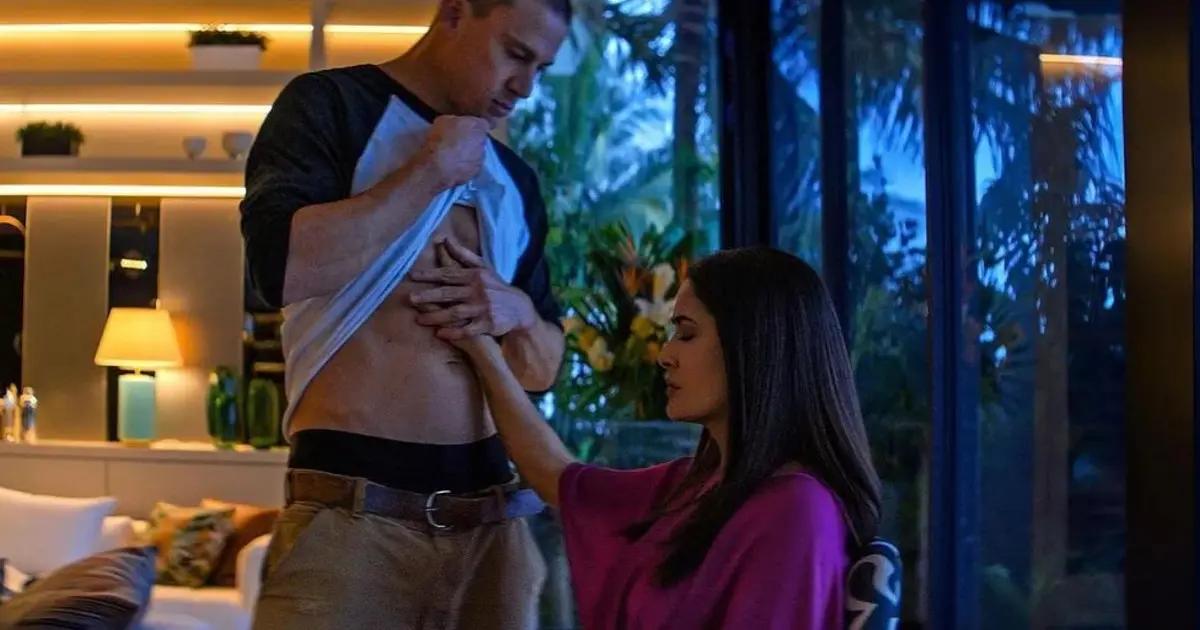 Magic Mike’s Last Dance is about to end, the third and final film directed by Steven Soderbergh about the popular franchise. The film will be released in traditional theaters on February 10, 2023 -almost three months-however, with the official trailer, we have been able to see more of the work of Mexican actress Salma Hayek, who replaced Thandiwe Newton.

Although at first, the public’s attention was focused on the fact that the creative team behind the first installment of Magic Mike -which garnered praise from critics and audiences alike-brings back Channing Tatum to reprise the role of Mike Lane or that Steven Soderbergh returns to direct with a script by Reid Carolin, who also wrote the first two films, the Veracruz native has now stolen the spotlight.

Ten years ago, the cast of Magic Mike captivated millions with their sensual dance moves and muscular physique. The movie was a hit, and its sequel, Magic Mike XXL, was released three years later. Therefore, followers of the project are more than aware that sensuality, the army of male strippers, and eroticism are key to its success. Still, the preview of what can be seen with the Oscar nominee in the Best Actress category -for Frida- has caused a revolution in social networks.

The actress, since her debut and triumphant arrival to the Hollywood mute, has been considered by various media, fans, and even other colleagues, as one of the “most attractive Latina women in the art industry,” so her “hot” scenes have stolen sighs and positive reviews because, in addition to the high expectation that the official trailer has generated, they have also mentioned that at 56 years old she looks “better than ever.”

“I never imagined seeing Salma in something like 50 Shades of Grey, but I applaud it and appreciate it.” “Even at 30, I can’t look even a little bit like her at over 50, so Hayek left Mexico on a high once again.” “Evolution is an essential part of an artist, so after seeing her in Frida so ‘covered up,’ this sensual and radical change is among the best decisions of her career.” “Possibly the billionaire husband is dead jealous, but we thank him millions for allowing us to see, obviously from the respect, Salma in something this intense,” wrote netizens.

What is ‘Magic Mike’s last dance’ about?

Magic Mike will immerse the audience in the life of the stripper after several years away from the stage. His work as a bartender joins his path with that of Salma Hayek (the name of his character has not yet been revealed). After demonstrating his talent as a stripper, she was enchanted and suggested he go to London and impact thousands with his show.

The Magic Mike story began in 2012. Starring Channing Tatum, it reaped an international box office of close to $167 million, with only a $7 million budget. The film had a sequel in 2015. However, this one did not get the expected results. Now, this third part has, from its title, a self-conclusive spirit and is more energetic than ever, as its fans have expressed that it will be the end of an era.