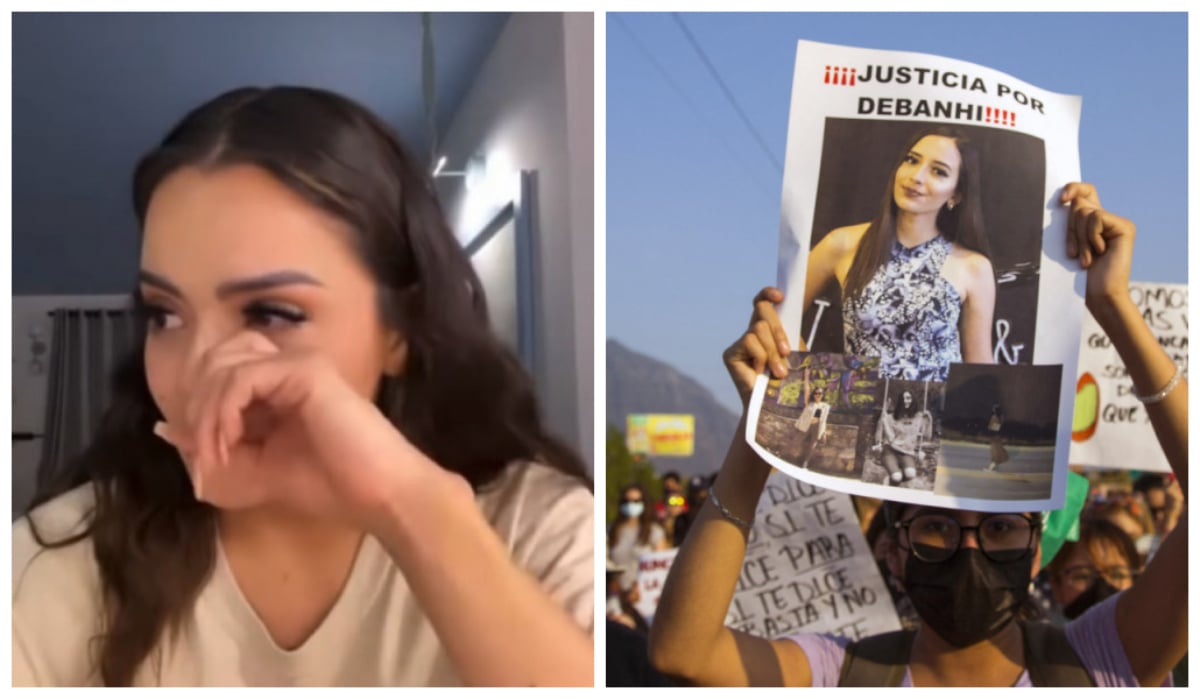 Mexican actress Samadhi Zendejas was moved to tears remembering Debanhi Escobar, young woman found dead in a cistern, who weeks before the tragedy wrote a message on her Instagram accountwho made a special request of him.

And it is that Debanhi Escobar was one of Samadhi’s followers, and she wrote to him weeks before his disappearance to ask him to extend his presence on social networks to Youtube.

Suggestion that was deeply engraved in the mind of the Mexican actress, who promised that she would do so to honor Debanhi’s memory.

They found the body of Debanhi Escobar in a tank

Samadhi Zendejas remembered Debanhi Escobar through his Instagram story and could not contain the tears when mentioning her after the body of the young woman was found inside a cistern in a motel of the Mexican state of Nuevo León.

Debanhi’s case shocked the entire country, first because of her disappearance, which occurred in the early hours of Saturday, April 9, after she was allegedly abandoned by her friends on a highway after attending a party.

The friends sent a didi’s driver, although the service was asked outside the platform, to go pick her up, but for issues that are still to be clarified, the young woman got off the unit and was left alone on the road again. The man took a photo of her and it is the one that has gone viral on social networks.

The girl never made it home. Her parents reported her disappearance and an intense mobilization began to find the young woman, who unfortunately was found dead inside a cistern in a motel.

Given this news, Samadhi Zendejas wanted to share with his 5 million followers his feelings for the death of Debanhi Escobarwhich has not yet been clarified.

“You wanted me to open my YouTube channel. That was your last message to me. I will raise my voice for you and for all.” The Mexican actress wrote along with a screenshot of the petition that Debanhi wrote to her.

Samadhi cries for the death of Debanhi

In another video, the Mexican actress who played Jenni Rivera in adolescence, in the series “Neighborhood Butterfly” she mourned Debanhi’s death, since she, like most Mexicans, hoped that she would be found alive.

“Today I have a void in my belly and my heart is crushed. I woke up with the news of a follower of mine who has had me sick all day, wanting to vomit, with a lot of impotence”commented the 28-year-old actress, who could not hold back the tears when remembering Debanhi.

“I came home, lit a candle and raised a prayer, they don’t know what I asked for last week because it was fine,” said the Mexican, still moved, who called on women to be more united than ever.

“The only thing I want to tell you is that if you are a woman, let’s take care of each other, let’s not leave each other alone in vulnerable moments, in moments when we know we are at risk… let’s stop judging each other and start empowering ourselves, the more voice we have, it will be difficult for us to do harm”Samadhi Zendejas concluded.

Debanhi’s case has made headlines in the Mexican and international press, investigations are still ongoing to clarify the death of the 18-year-old.

The discovery of the body of the 18-year-old girl has shocked the country and raised controversy since, according to official reports, the girl was abandoned by two of her friends, with whom she attended a party.

The issue has raised controversy about the true meaning of friendship and has put the investigations of the Nuevo León prosecutor’s office in check.

–Review the latest news on the case of Debanhi Escobar