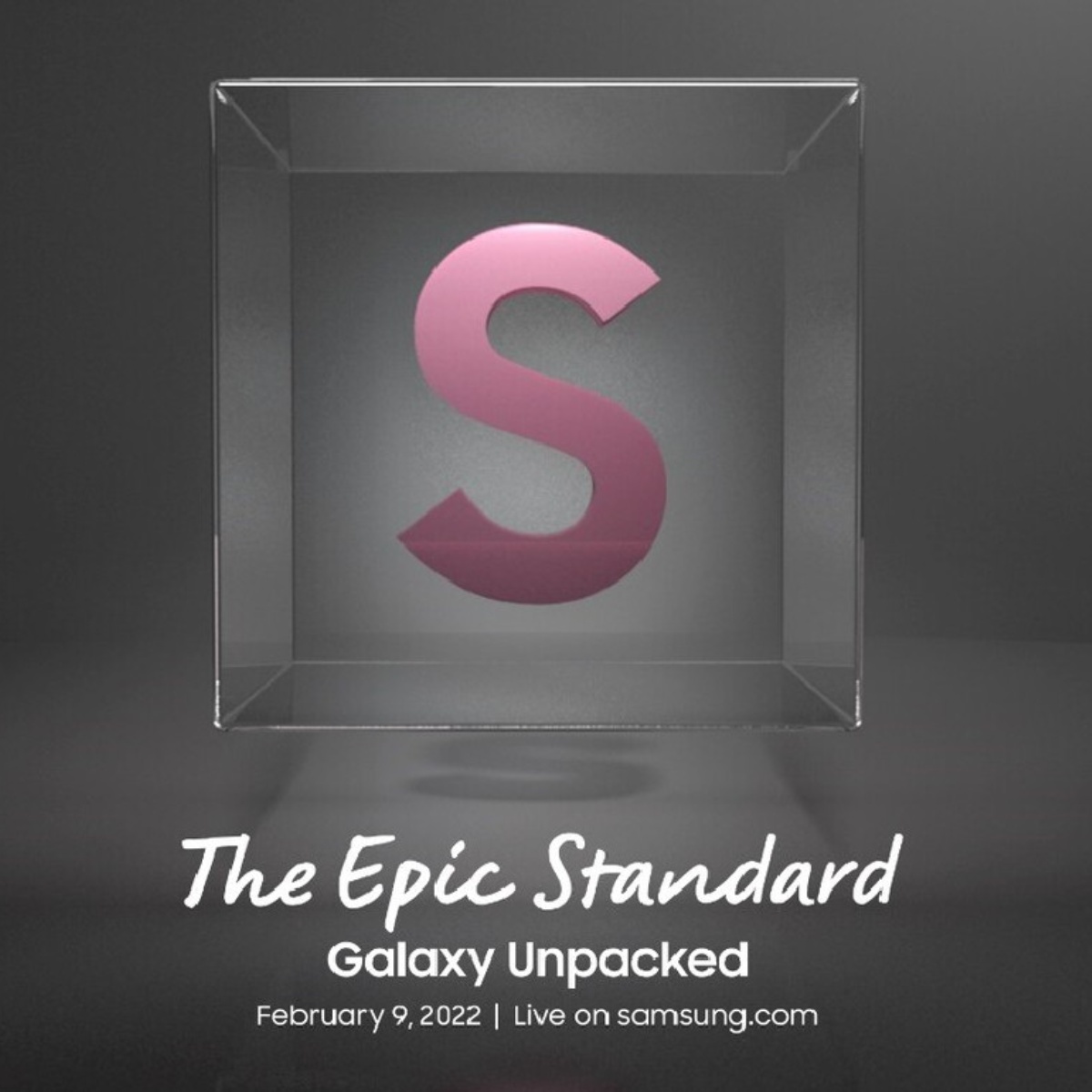 Samsung He had already anticipated some surprises from his new teams, but recently confirmed that it will be on february 9 when will they do their Samsung Unpacked, the event is long-awaited because here they will present the new Galaxy S22 and other news.

The teaser that accompanies the publication of the date reveals a number 22 that turns into a letter S when rotated, but the most important thing is the sound of what it seems be a pencil writing on a sheet of paper the phrase “The Epic Standard”.

With social media posts it became clear that the Galaxy S22 family will be presented at the Unpacked, which will have a new photographic technology, it is also expected that in this special they will present the successor of the Galaxy Note which would be the Galaxy S22 Ultra.

Samsung will present the new design of its Galaxy S22

Due to the leaks that have been made, several brand enthusiasts hope that the Galaxy S22 Ultra will not only take the aesthetic line of the Note series but also talso receive the S-Pen relay.

so far this year Samsung It has also surprised by presenting its new chip that is presumed to be as powerful as a PlayStation 5.

Which is better Samsung or Xiaomi?

In general, the quality of Samsung brand phones is superior to those of Xiaomi, this is especially reflected in camera optimization, which is every time closest to Apple.

In AmericanPost.News We also inform you that Samsung has finally presented its new mobile model Galaxy S21 FE.