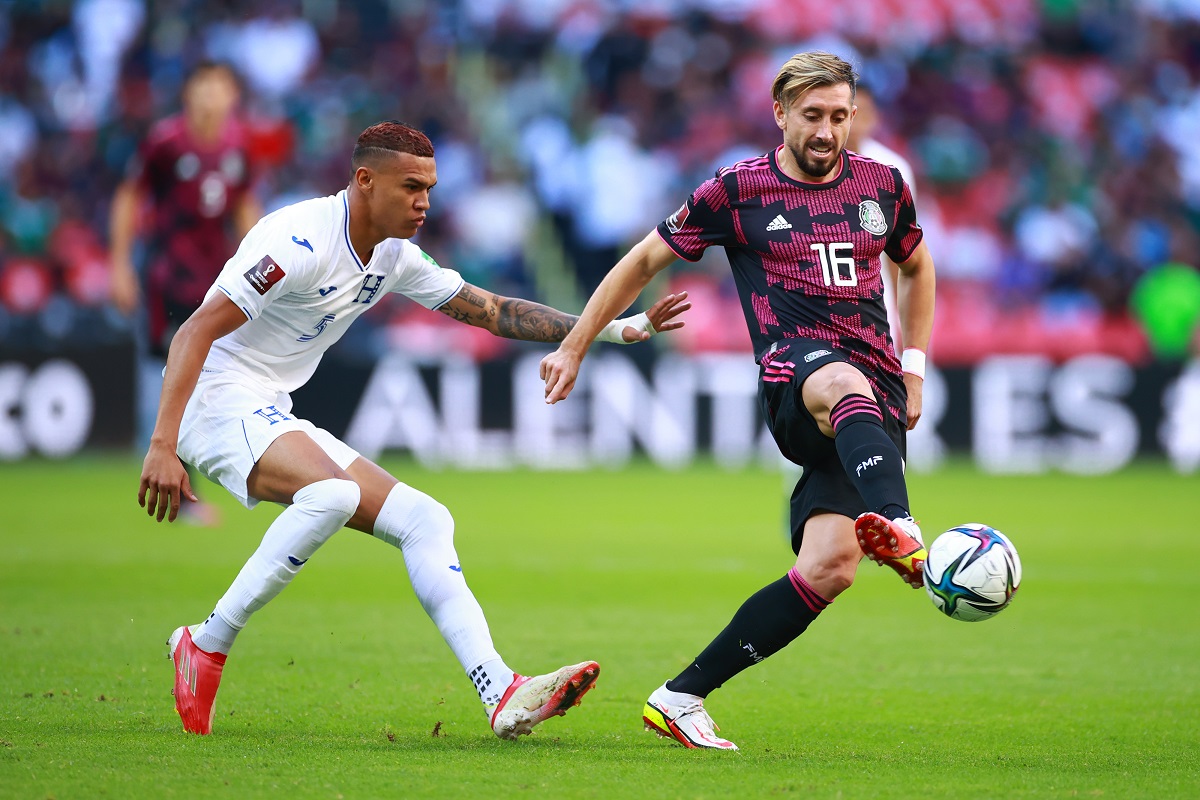 The Mexico national team will have to face Honduras on San Pedro Sulaone of the most complicated places in recent years for the Aztec team, where the catrachos have made the party bitter on more than one occasion, although the public will not be present for this match due to a sanction imposed by FIFA.

Those led byr Hernán Darío ‘Bolillo’ Gómezthey are eliminated for the next World Cup but they automatically became a judge of the qualifiers and they have already claimed their first victim with the draw against Panama, leaving them out of the playoff spot.

Since 1998, San Pedro Sula has been involved in a hostile atmosphere for Mexicans and precisely in the Qualifiers for the France World CupMexico was in a fairly comfortable situation to seek classification although it was not expected that the catrachos could overcome them by 2 goals to 1with annotations from Carlos Pavon and Nicolas Bennetfor Mexico scored Ramon Ramirezalthough that match was played in the Francisco Morazan and not in the Metropolitan Olympic.

In the Hexagonal of the year 2001, the Metropolitan Olympic hosted the match between Honduras and Mexicobeing directed by the technician Enrique Meza. Despite being in one of the most critical moments of that World Cup cycle, the match against the catrachos was given as an opportunity to remove any bad image shown in the ‘Aztecazo’ against Costa Rica.

Unfortunately for Mexicans, things were not for the better and it was the Carlos Pavon, who finished giving a coup de grâce to Mexican team to win the game with three goals from the historic striker.

The return of Honduras for South Africa 2010

Honduras had a very poor qualifying cycle for the 2006 World Cup in Germany and did not face Mexico until the Qualifying South Africa 2010. Precisely, the selection directed by the Swedish Sven Goran Erikssonin the first match against the catrachos, they were defeated by 1 goal to 0, after the own goal of Ricardo Osorio.

Classified in the hexagonal, ‘La H’ and Mexico faced each other again, taking the victory by 2 goals to 1 in San Pedro Sula, with the annotations of Carlos Pavon and Carlo Costly. On the Mexican side Nery Castillo He was in charge of discounting on the scoreboard.

Honduras was able to classify World Cup in South Africa 2010 and disputed the same group with the world champion Spain, Switzerland and Chile.

For Brazil 2014, the goals of ‘Chicharito’ were not enough

Mexico had one of the most convulsive processes for a World Cup in the qualifying rounds Brazil 2014, forcing them to play an intercontinental playoff with the National Team New Zealand. Precisely, Honduras complicated Mexico in San Pedro Sula, despite the fact that the Mexicans were winning the match with a double of Javier ‘Chicharito’ Hernandezbut again the catrachos were able to take advantage of their rival and both goals fell from Jerry Bengston and Carlo Costly.

For Russia 2018, Mexico cut a losing streak, half…

In the process of Russia Qualifiers 2018Mexico was able to win in San Pedro Sula with goals from Jesus ‘Tecatito’ Corona and Jürgen Damm, however, the streak would be cut in half and it would be a mirage of that day of the regular round. Right in the Hexagonal, Honduras took revenge and thrashed Mexico 3-0 with the annotations of Alberth Elis, Romell Quioto and an own goal from Guillermo ‘Memo’ Ochoa, to continue with the negative streak in that Central American city.

Mexico you will have to look for your advance classification in front of Honduraswith the advantage of staying within the qualifying positions, however, a defeat would force them to win on the last day against The Savior.

Mexico vs. Honduras: probable line-ups, schedule and where you can see the dangerous game in which El Tri plays his presence in Qatar 2022

Honduran players send a message to Mexico: “We are going to try to make their classification bitter”