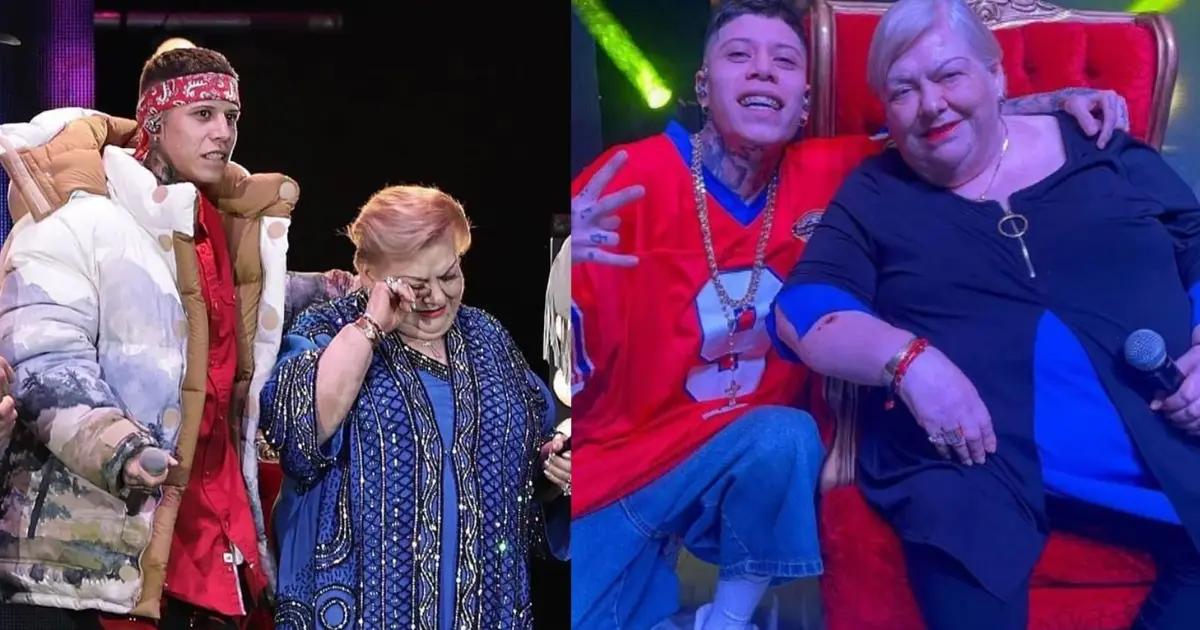 On Thursday, November 3, the event Los Premios de la Radio 2022 took place, where the rapper Santa Fe Klan shared the stage with Paquita la del Barrio to perform together a “Rata de dos patas” and “Se acabó” famous songs of both singers respectively, the reason why the artist from Guanajuato, was extremely excited.

Through his Instagram account, Santa Fe Klan shared a photo with the singer of the hits “Tres Veces te Engañé” or “Las Mujeres Mandan,” where the two look happy and very smiling. The rapper accompanied his publication with the following text.

It is an honor to share the stage with you boss, much respect!

Similarly, Paquita la del Barrio used her social networks to return the comment, thanked Santa Fe Klan, uploaded the same photo they posed with the microphone in hand, and posted the following message.

Thank you very much mijo for such nice words, the honor is mine

To which Santa Fe Klan replied, “See you soon to raffle us! Blessings, you are tonight’s patron saint. Viva Mexico. This means that this picture was taken during the rehearsal before the awards began.

But the native of Veracruz dedicated two publications to the rapper, another one during the preparations where she looks very happy chatting with the Guanajuato native, “What a pleasure, Santa Fe Klan,” wrote Paquita.

On the other hand, the singer’s Instagram stories showed some fragments of Cartel de Santa’s participation, a photo with his partner Maya Nazor and his performance of “La Reina del Pueblo.”

After the publication of these images, internet users went crazy with euphoria. They asked for a collaboration between the rapper and the singer since both fan base is very large, and they made it very clear that they would love to have a song recorded in the studio by both.

It is worth mentioning that the Premios de la Radio recognizes the best of grupero music, and for this edition, they highlighted women’s work in this genre. They paid tribute to regional Mexican singer Paquita la del Barrio, who has more than 50 years of an artistic career.

Of course, one of the most emotional and memorable moments was when rapper Santa Fe Klan took Paquita’s hand during her musical number and paid her due respect when he raised his voice, saying: “Hail to Paquita and hail to México”; because the importance of the artist is invaluable for Mexican music.