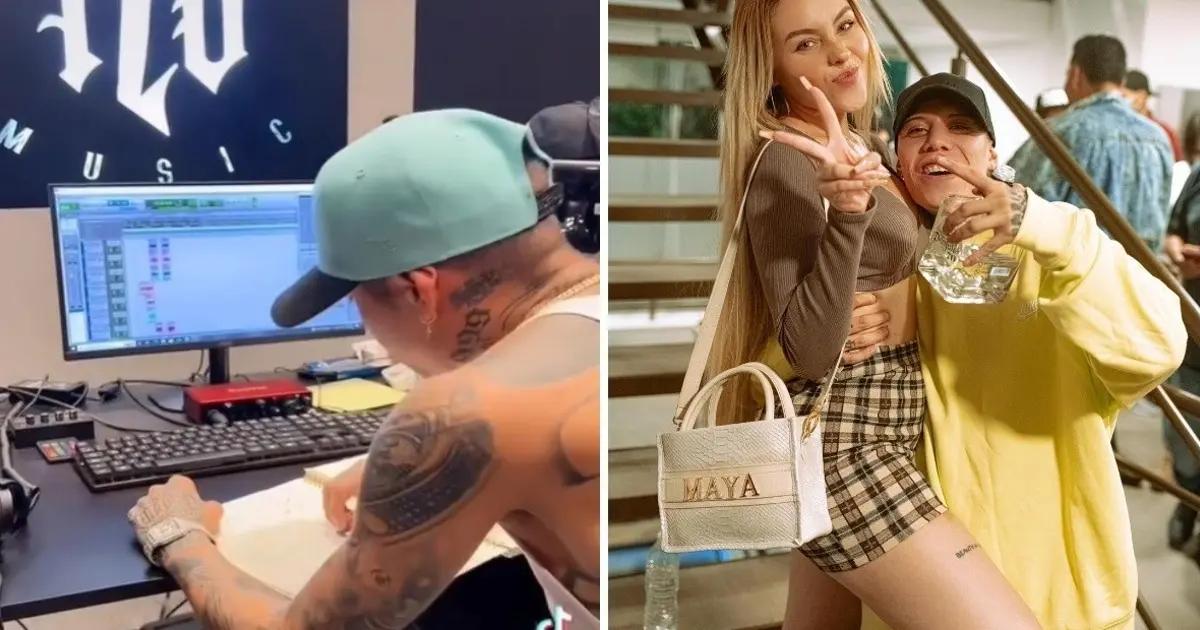 A few days ago, the rapper Santa Fe Klan got into the eye of the hurricane after the recent breakup with his ex-partner Maya Nazor. She confirmed the separation through social networks when she felt the need to touch the subject due to constant questions about the rumors circulating on the internet in previous days.

“I don’t want to talk about it, I just ask for a lot of respect for him, and for me, the day we want to talk, we will talk about it. I have nothing more to say,” said the influencer Maya Nazor confirming the breakup with the interpreter Santa Fe Klan after a year and a half of a relationship and a five-month-old baby. The influencer Mona also confirmed the couple’s separation, stating that she had nothing to do with it.

On the part of Angel Quezada or better known as Santa Fe Klan, had not shared any details about the breakup with Maya Nazor. However, recently, the 23-year-old, through his social networks, left a strong hint towards separating from the young model originally from Cuernavaca, Morelos.

Through Instagram and TikTok, Santa Fe Klan published a video interpreting a melody called “Separaos,” It is the sad song that the singer prepared after his breakup with Maya Nazor.

“Our love came to an end. I thought nothing was wrong. What was the reason? I wonder what, what, what, what could it be? I’m dying of cold because you’re not with me, oh no, my God, loneliness is my witness” are some of the verses that Santa Fe Klan interprets in the sad song in which he expresses his painful feelings after his breakup with Maya Nazor.

Also, the singer from Guanajuato, Mexico, detailed in the comments that he will record an official video of the melody “Separaos” to upload on streaming platforms and social networks.

“I say let go of that song”, “I hope the whole show is just for this song”, “The cool songs are coming,” “We are in the same situation, brotherly, 4 years finished.”, “No one dies of love, and they are too young not to find another love.” “I hope your problems are solved between you, and you looked great together.” These are some of the comments in which users have argued in the video published by Santa Fe Klan interpreted the sad song after the breakup with Maya Nazor.