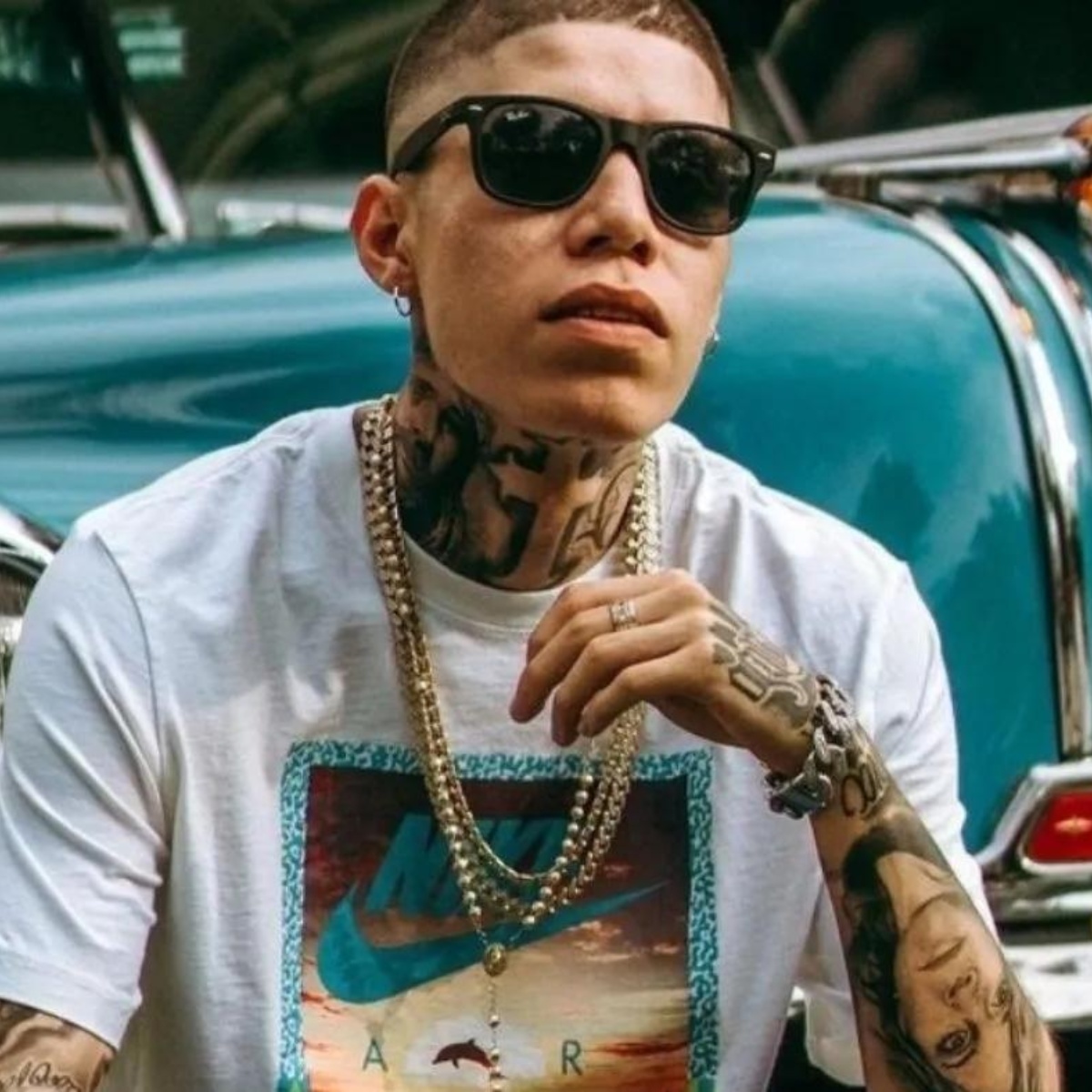 Cybernauts have remembered the day Santa Fe Klan became the target of harsh criticism and cruel mockery for confessing that the first check he received for his musical work was used to buy his first car, a Ford Figo worth approximately $10k or 200,000 MXN.

In a past interview he gave for the program Buenas Noches Don Fematt of the Monterrey channel Multimedios TV, the rapper talked about his beginnings in the industry and how the shortages were part of his daily life. When he saw that his life was beginning to change, he acquired the vehicle, and years later, he would give it to his father.

But why is he being criticized? It should be noted that the accusations come mainly from his detractors, who claim that the interpreter of ‘Debo Entender’ could have bought a better car that goes according to his image as a rapper, who usually boast a life of luxury and eccentricities.

Last April, the rapper from Guanajuato went viral on social networks after it became known that he had acquired a Corvette Grand Sport worth around $120,000 (or 2.2 million MXN). However, the striking detail is that this vehicle costs 12 times more than his first car.

This way, Santa Fe Klan became the owner of a dream car that was not easy to buy due to its high cost. Still, for him, it was not a problem because his music generates millions, which has allowed him to have a luxurious lifestyle and, at the same time, help his loved ones.

What is the Santa Fe Klan famous for?

As American Post News mentioned, Santa Fe Klan enjoys great success in the country thanks to his dedication on stage and his talent as a composer. However, it is also known that the rapper’s popularity is also because he has always been humble and proud to be Mexican.