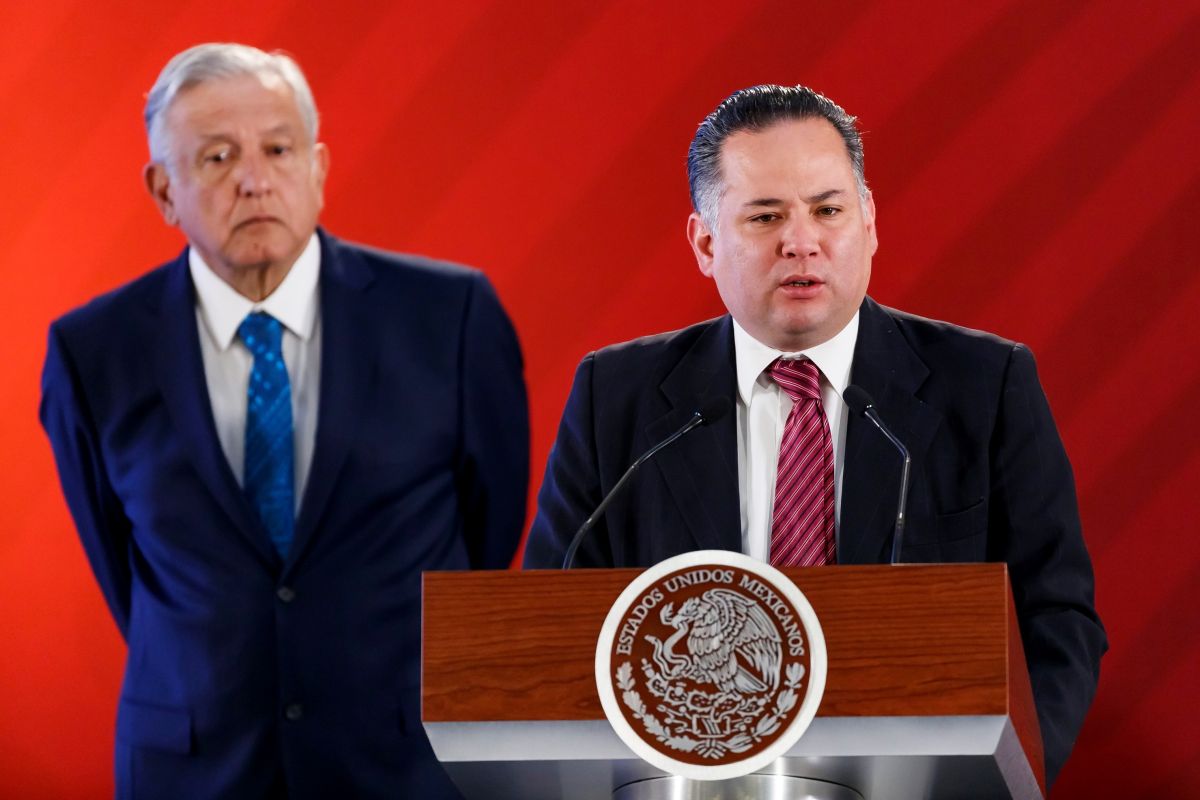 The head of the Financial Intelligence Unit (UIF), of the Ministry of Finance, Santiago Nieto Castillo, resigned from his post, reported this Monday the Ministry of the Interior.

The resignation occurs after the scandal caused by his wedding held last Saturday in Antigua, Guatemala, which was not well seen by the president of Mexico, Andrés Manuel López Obrador.

This Monday, López Obrador described the wedding of this high-ranking official held in Guatemala as a “scandalous affair”, after which the Secretary of Tourism of Mexico City, Paola Félix, also resigned for having gone on a private plane.

In a statement, the Presidency of Mexico reported that on instructions from the President of Mexico, Andrés Manuel López Obrtador, the Secretary of the Interior, Adán Augusto López Hernández, “appointed Pablo Gómez Álvarez as the new head of the Financial Intelligence Unit (UIF) as of this day ”.

Gómez Álvarez relieves Nieto Castillo, who took office since December 1, 2018 and presented his resignation on this day to the chief executive.

In the note it was noted that Gómez Álvarez is an economist graduated from UNAM, professor and former legislator and stands out for his career in favor of social causes and human rights from the student movement of 1968 and in different historical stages of the country.

“It is a scandalous matter, even when it is a private event, public affairs in Mexico are increasingly public and more is known about private matters,” said the Mexican president at his morning press conference at the National Palace.

The ostentatious wedding between the head of the Financial Intelligence Unit (FIU), Santiago Nieto, and the electoral councilor Carla Humphrey over the weekend in Antigua Guatemala was surrounded by controversy.

After attending the meeting, the capital’s Secretary of Tourism, Paola Félix, left office for having used a private plane to go to the neighboring country, something that officials are prohibited from.

López Obrador recommended this Monday to public servants that “act with moderation and austerity” and follow “the example” of former President Benito Juárez, who said that officials should “live in the just mediocrity.”

The Mexican president, who has made austerity and the fight against corruption his political banner, said that he was invited to the wedding, but it was not because he has “many occupations.”

According to him, he only goes out “once a year” to a restaurant in Mexico City to celebrate the birthday of his wife, Beatriz Gutiérrez Müller.

Also read:
· VIDEO: AMLO rejected the US report that warns about a possible electricity reform in Mexico
· AMLO invites Joe Biden to visit Mexico “when he can”
VIDEO: AMLO refuses to meet with migrants in the US during his visit to the UN next month