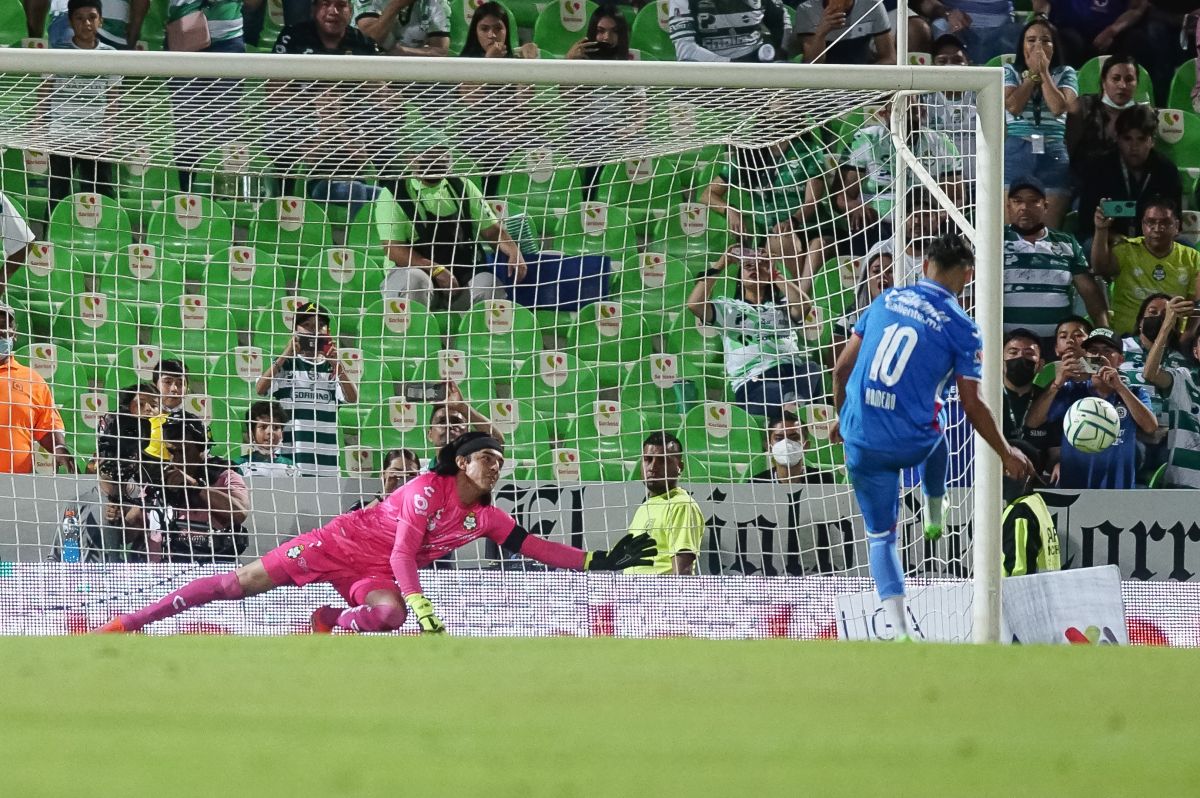 Santos Laguna liked and scored against Cruz Azul on date 7 of the Liga MX and that puts the Laguneros in fourth position in the Apertura table of Mexican soccer. It is the second time in less than two years that the cement machine has conceded four goals in a game.

Santos’ thrashing began in the 18th minute with a header from Ángel Correa after a cross from a corner that left the Cruz Azul goalkeeper without a chance and that was the beginning of an excellent win for the Laguneros.

In the second half, the Machine fell apart in defense that began to show weaknesses in defense. Hugo Rodríguez also headed in from a corner to extend the lead to 2-0 in the 48th minute.

Eduardo Lalo Aguirre scored the 3-0 that put the win on the scoreboard. Aguirre took advantage of a great pass from the side and only had to finish off the goal against a defense that could do nothing to stop the attacks of the Santos club.

In the 57th minute, Emilio Orrantia sealed the win with a goal that nailed the top corner to give his club a four-goal lead and that secured the three points.

Cruz Azul had the opportunity even to discount and score the goal of honor to make up the score with a penalty. Ángel Romero took the penalty to collect it, but the blue striker sent the ball wide to the left of the goalkeeper, as a reflection of the bad night that Cruz Azul experienced as a visitor.

With this victory, Santos adds 10 points in six games, while Cruz Azul adds its second loss in the last five games and just 8 points in seven games.