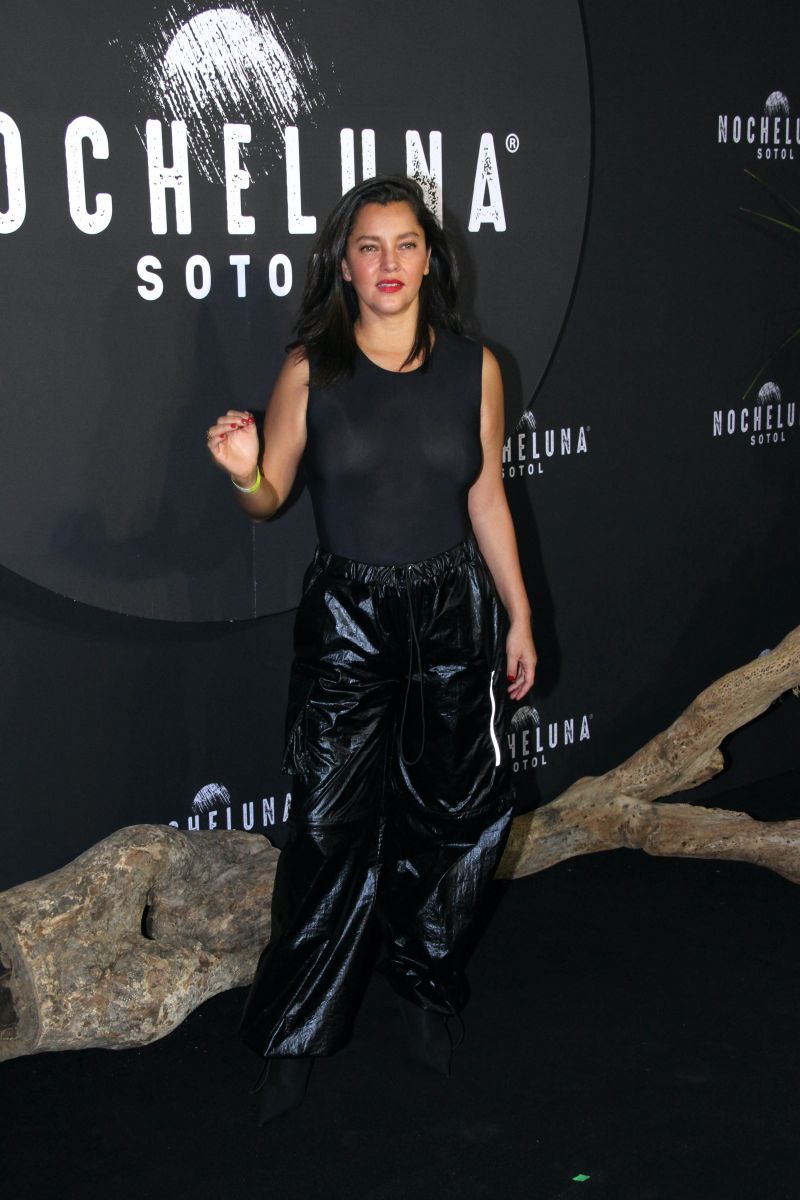 Sara Maldonado was one of the guests at the launch of Sotol, “Nocheluna,” by Lenny Kravitz. The alcoholic beverage presented by the singer is distilled from Dasylirion in Mexico. For the event, the actress, the star of soap operas, decided to wear a transparent shirt and modeled for the press, revealing her many charms.

About the situation, Maldonado said: “Is it transparent? I didn’t realize it!” Mezcaliente picked up the statements, and Sara also explained that she decided to go to the event because this was a fashionable trend. “I’m trying to be fashionable,” said the Mexican.

She also added: “I think this event deserves it. I would not walk dressed like this in some streets. I think that suddenly it is a little complicated to feel the looks on me because it is like a taboo that women walk with transparencies, which should not be; but in this event, I felt confident and calm to be able to express myself in this way.

The famous Mexican actress is very happy and has many reasons to celebrate, including being part of Mujeres Asesinas. The publicity for this project is already available, and everyone is talking about the image she is starring in.

It has been confirmed that the new version of “Mujeres Asesinas” will be seen on Vix+Original and premiere on November 4th.

At the launch of Kravitz’s Sotol, he also spoke to the press about his physique and his problem with dieting: “I try to eat well. The truth is that I’m a good eater. I don’t like to limit myself, so I also try to exercise a lot, balance everything, and (try) not to obsess so much about my physique but accept my body as it is”.