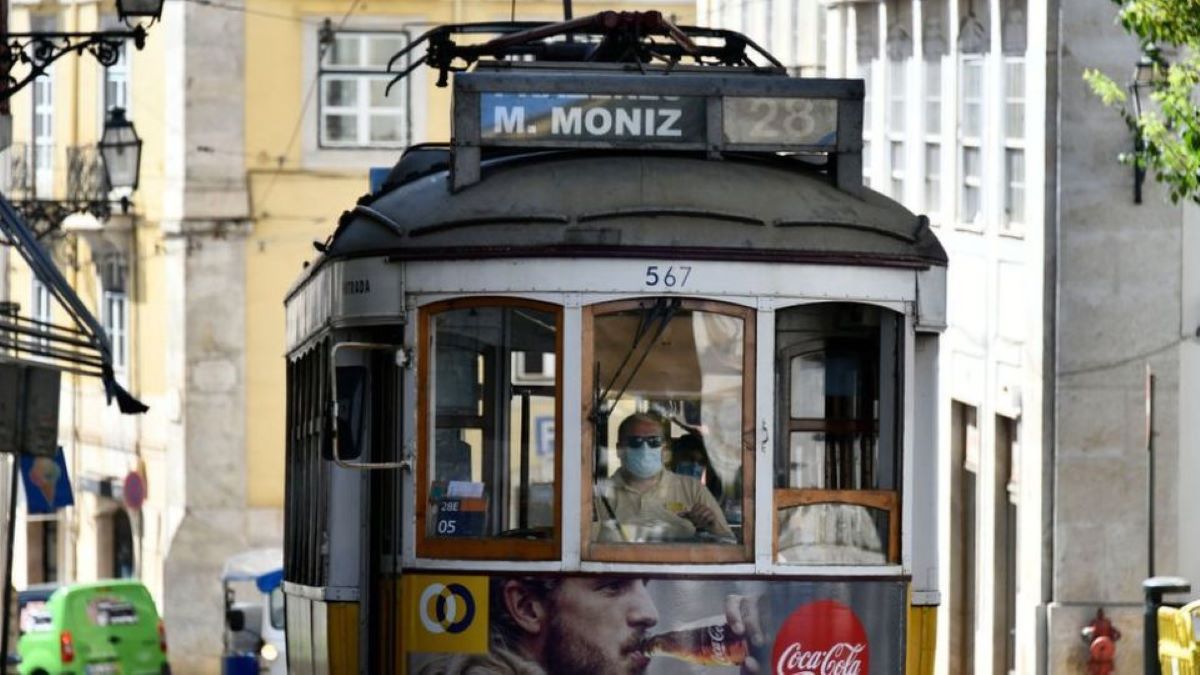 That Portugal is in fashion is not a novelty. Its cities and coastal areas are full of tourists, attracted by the history and culture of a country from which great explorers have emerged, the good weather, its excellent gastronomy and a more than reasonable price level.

Beyond that, this small European country of just over 10 million inhabitants has also become an example of how get out with success from the crisis economic crisis that began in 2008, and now also of the economic blow caused by the coronavirus pandemic.

This is what Michael Moran called in a recent Foreign Policy article “sardine capitalism.” The magazine on international politics defines Portugal as “a growth model for small European economies“.

What is this “sardine capitalism” for which they praise this small European country?

Project to the world

Patrícia Lisa, researcher at the think tank Elcano Royal Institute, the “capitalism of the sardine” has to do with a very strong commitment to values ​​of your country brand.

“Not only the sardine, but also everything that is related to tourism, with the reconversion of its industry, footwear, wines, fashion … and a strong commitment to the so-called economic diplomacy, which combines the internationalization of its economy ”, he tells BBC Mundo.

In fact, the expert points out, their diplomacy is known to be extremely interventional.

“This can be seen in the way in which the country manages to project itself abroad, despite the fact that it is a small economy, it continues to have an international projection that is higher than what its hard power indicators would be equivalent to.”

That is, according to Lisa, one of the structural axes that mark Portugal as a country: its strong commitment to internationalization, by turning to the outside. Something that has historically been seen in its commitment to the sea and the economy of the sea, but now it also does so due to new technologies and the renewable energy agenda.

Of course, this was not always the case and there were years when Portugal had to look inward and make headlines for much less optimistic reasons.

From the “troika” to the Portuguese miracle

After the global economic crisis of 2008, Portugal was plunged into a severe depression.

In 2011, on the brink of bankruptcy, the government of the country requested a bailout worth 78,000 million euros (US $ 90,250 million) from the institutions of the European Union and the International Monetary Fund, which granted it under the condition of implementing austerity measures.

These were the years of the “troika”, as the impositions of the European Commission, the European Central Bank and the IMF are popularly known, in which public spending was cut notably – particularly affecting the salaries of civil servants and pensions. – and taxes were increased.

But unemployment it did not stop rising, – it reached a record figure of 17.7% in 2013 – and the poverty and social discontent neither, while the consumption and the morale of the Portuguese plummeted.

After the reforms carried out by a center-right government under the supervision of the troika, Portugal freed itself from the international bailout in June 2014, although the country was not up for many celebrations: the unemployment rate hovered around 12%, 20 % of the population lived below the poverty line and 485,000 Portuguese had emigrated from the country between 2011 and 2014.

After the 2015 elections, a new center-left government was formed led by the socialist António Costa, who is currently in office.

The Costa government – and its applauded Finance Minister Mário Centeno – began to reverse austerity measures, but without neglecting fiscal responsibility.

“What the center-left government did as of 2015 was not to implement a major fiscal contraction,” explains economist António Afonso, professor at the Lisbon School of Economics and former chief economist at the European Central Bank.

The anti-austerity policy marked the change from the hardest moments of the financial crisis and paid off.

“Costa’s model was based on encouraging consumption plus structural public spending, that is, public investment in education and infrastructure,” explains Lisa.

“You can not think of a revolution or a break,” clarifies the expert. “The economic indicators of 2014, before the Costa government, already showed signs of recovering,” he adds, but “it is obvious that in 2015 there was a reversal of economic policy.”

The recovery was very noticeable in 2017. That year, the Portuguese GDP registered a 2.7% growth, the highest rate in the country since the beginning of the new millennium and the unemployment rate fell to pre-crisis levels.

Rye was named after the “Ronaldo of finance” for the surprising performance of the Portuguese economy.

“2017 was the year of all victories for Portugal, it became fashionable in all dimensions, in the economic, political and social dimensions,” says Lisa. “We even won Eurovision,” he jokes.

It was what became known as the Portuguese economic miracle.

On the financial side, there is a driver who explains the good performance of the Portuguese economy.

“What happened notably in Portugal is that the savings rate increased dramatically in 2011, 2011, 2012 and 2013,” explains Afonso. “Basically people were not consuming, which means that imports fell. When your imports go down, your current account balance improves ”.

And exports also performed well and, according to the economist, it was due to two factors.

On the one hand, the transformation of Portuguese industry In the last 20 years, it started to produce and come out with technologically advanced exports.

“There were many exports in the textile sector, but since you have had high competition since the 2000s from China, from Asia in general, people began to bet more on quality, differentiation,” says the economist. “That implies that exports increased strategically.”

Added, the tourism boom, and year after year Portugal has broken the record of visitors to the country. Before the pandemic, tourism represented almost 15% of GDP and the sector was responsible for 10% of employment.

And, according to experts, another program that helped boost the economy was the so-called Golden Visa, under which foreign investors who invest 500,000 euros in a property in the country obtain the right to residence.

The scheme was introduced in 2012 and continued under socialist governments, although it is not without controversy.

The good health of the Portuguese economy suffered a severe blow with the pandemic coronavirus and GDP plummeted 8.4% in 2020, the worst recession since 1936.

However, according to experts, the measures promoted during the years prior to the pandemic allowed us to better weather the new crisis and Portugal is one of the countries that is performing better in the recovery.

Now, open again to tourism and with a scenario that is practically normal, the Central Bank of Portugal expects it to close this year with a growth of 4.8%, while the unemployment rate stands at 6.7%, very below neighboring countries and also dependent on tourism such as Spain (15%) and Italy (10%).

Of course, not everything is perfect for Portugal and the Portuguese economy still has great challenges.

The main one for Patrícia Lisa is reform the labor market.

“It is true that unemployment has remained low,” he says, “but the Portuguese labor market is characterized by low salaries.” “It is a great challenge for Portugal.”

Then there are the collateral effects of the tourist boom and the Golden Visa, which in addition to the amount of millions that they represent for the country, have also caused a soaring house prices, particularly in the capital, Lisbon, and in Porto.

“This model of the great tourist boom had the consequences, as happened with the Golden Visa, which caused house prices to explode, especially in the areas of Lisbon and Porto and the Algarve,” says Lisa.

Due to the protests, the socialist government reformulated the policy of the Golden Visa, withdrawing the benefits of said visa to investments in just those three regions.

Not even the pandemic stopped increases in the price of housing in Portugal, which increased by 8.4% in 2020, according to the Price Index published by the National Institute of Statistics (INE), only 1.2 points less than in 2019.

From associations for the defense of the right to decent housing, such as Morar em Lisboa (“Living in Lisbon”) or Habita! They denounce that the same happens with rents and that in areas such as Lisbon, Porto or the Algarve, rents are higher than wages in many cases. They argue that more public housing is needed.

With the Recovery and Resilience plan – endowed with European funds for the recovery from the covid pandemic – the Portuguese government plans to put on the market 26,000 public housing houses until 2026.

With its achievements and challenges, and returning to the Foreign Policy article, is Portugal a model in which other small economies should be looked at?

Lisa is cautious and thinks it is early to determine models.

“There are other European countries, also small, that joined the EU after Portugal, which are having extraordinarily positive behaviors, such as Slovenia“.

“It is true that Portugal marked the turn to austerity policies in symbolic terms, but from there to take it out as a model seems a bit early to me.”