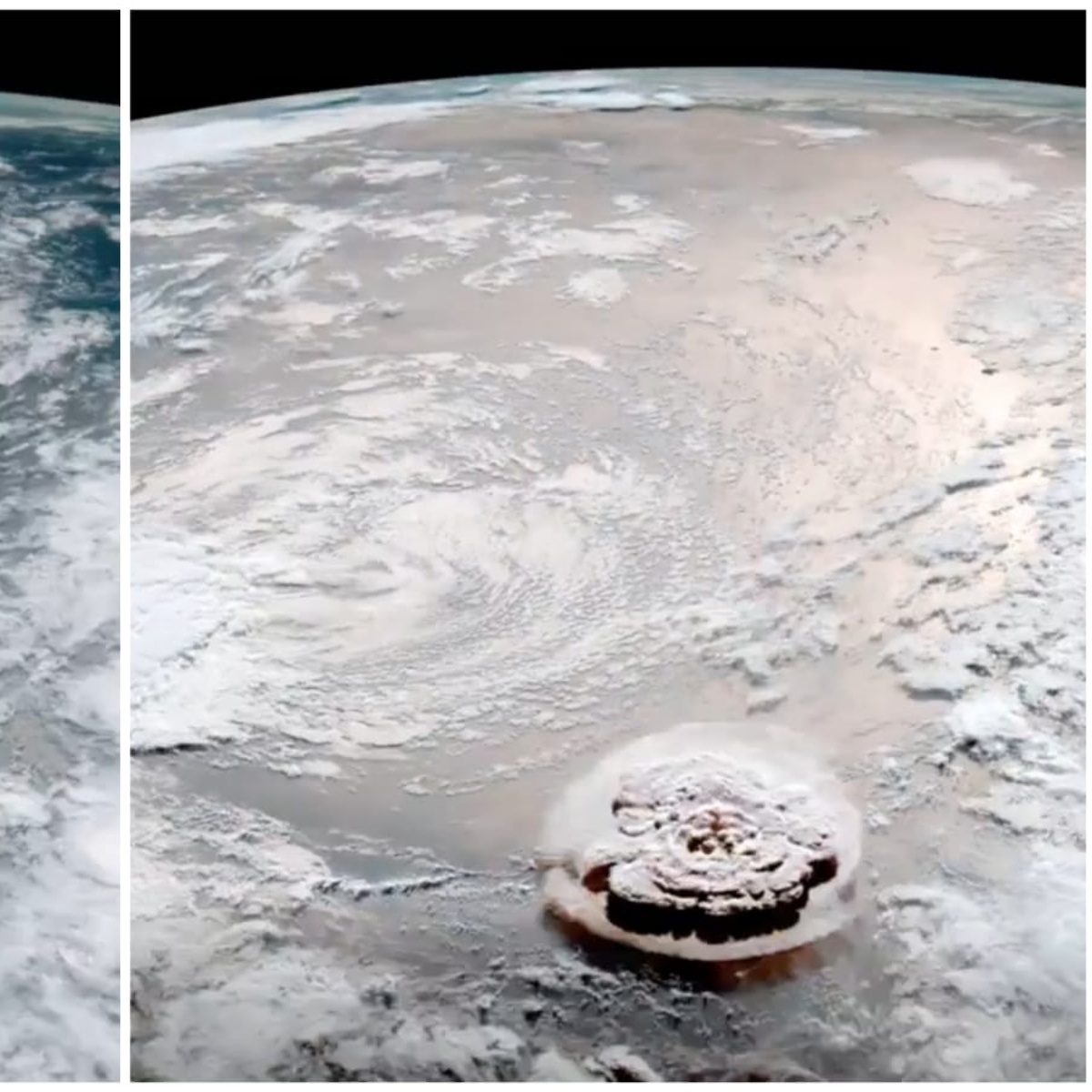 The powerful underwater volcano eruption, which caused a tsunami that affected the coasts of an island of Tonga, put the entire country and several of its neighbors in the South Pacific on alert.

The images collected so far by international media show the devastating rise of ocean water and the inhabitants of Tongatapu Island interacting with it, but far from Earth, in space, the shot is much more disturbing.

The Hunga-Tonga Hunga-Ha’apai submarine crater eruption left powerful waves that had repercussions in Chile, Japan and the United States. The Chilean and Japanese governments have launched a danger alert that has been presented by the unusual natural phenomenon.

The shot from space of the volcano eruption in Tonga was captured by the Himawari satellite. Other images taken by satellites They give an account of the magnitude of the explosion as well as the tsunami that it produced afterwards, which fortunately has not left any victims to mourn.

Citizens affected by the waves reported that the volcano erupted at 17:20 local time, sending a huge cloud of ash into the air. In Tonga’s capital, Nuku’alofa, waves over a meter high were recorded.

The Hunga-Tonga Hunga-Ha’apai is located about 65 kilometers from the island of Tongatapu, the main island of the island nation populated by about 71,000 inhabitants, according to the DW report.

The eruption affected other countries as well

The rising seas also affected much of Vanua Levu Island in northeastern Fiji. The New Zealand Emergency Management Agency said on Twitter that “strong currents and unpredictable swells” are expected on the north and east coast of the North Island and the Chatham Islands.

For their part, the Australian Meteorological Service ruled out a tsunami warning for hours, but then warned that a large wave could hit coastal areas in the west, from the state of Queensland to the island of Tasmania.

For now, the huge ash cloud surrounding the area had prevented New Zealand and other countries to send help in Tonga.