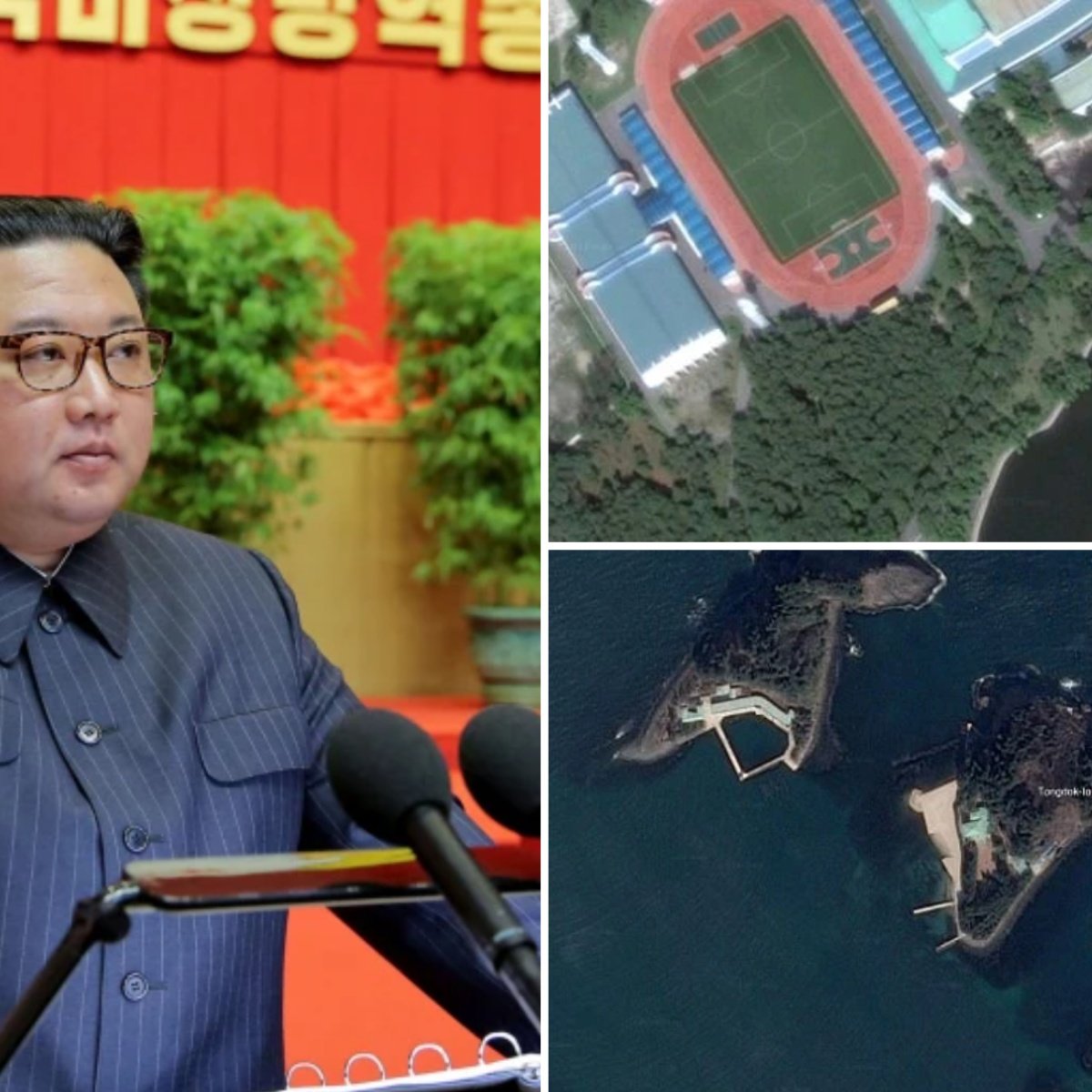 Satellite images show one of the mysterious Kim Jong-un’s super yachts parked near a secret spa off the coast of North Korea.

The massive 55m (180ft) vessel was seen off the Hodo Peninsula north of Wonsan between August 3 and 5.

The sighting, by Planet Labs, comes after the dictator returned to the public eye to declare victory over Covid-19, after what is believed to be an absence of nearly a fortnight.

It is believed to be the first time the superyacht, which features a distinctive red roof, has arrived at the resort, which is only accessible by sea or small roads away from major cities.

The yacht’s roof was painted green when it was seen at one of the tyrant’s seaside mansions in Wonsan in April 2020.

Previously, the ship appeared in a separate mansion owned by the North Korean leader on the Hodo Peninsula in July 2019.

He was apparently seen anchored off Sin Island, off the coast of Wonsan, while the North Korean leader took a break from public life in July, according to The Sun. the

It has an even larger superyacht measuring 195ft (60m), which is said to have been taken out of storage and placed in front of its main resort on Wonsan beach between August 5 and 10.

As we have mentioned in American Post News, Kim has grown increasingly reclusive as the notoriously secretive country battles the Covid-19 pandemic.

Yesterday, he claimed that North Korea’s widely discussed success in containing the virus within three months would be hailed as a global miracle.

But his sister suggested he had succumbed to the outbreak, which he blamed on patients touching “alien stuff” from South Korea.

However, the pandemic has not hampered his ambitions to wage war against the West, as he has vowed to use nuclear weapons if tensions with South Korea and the US escalate into war.