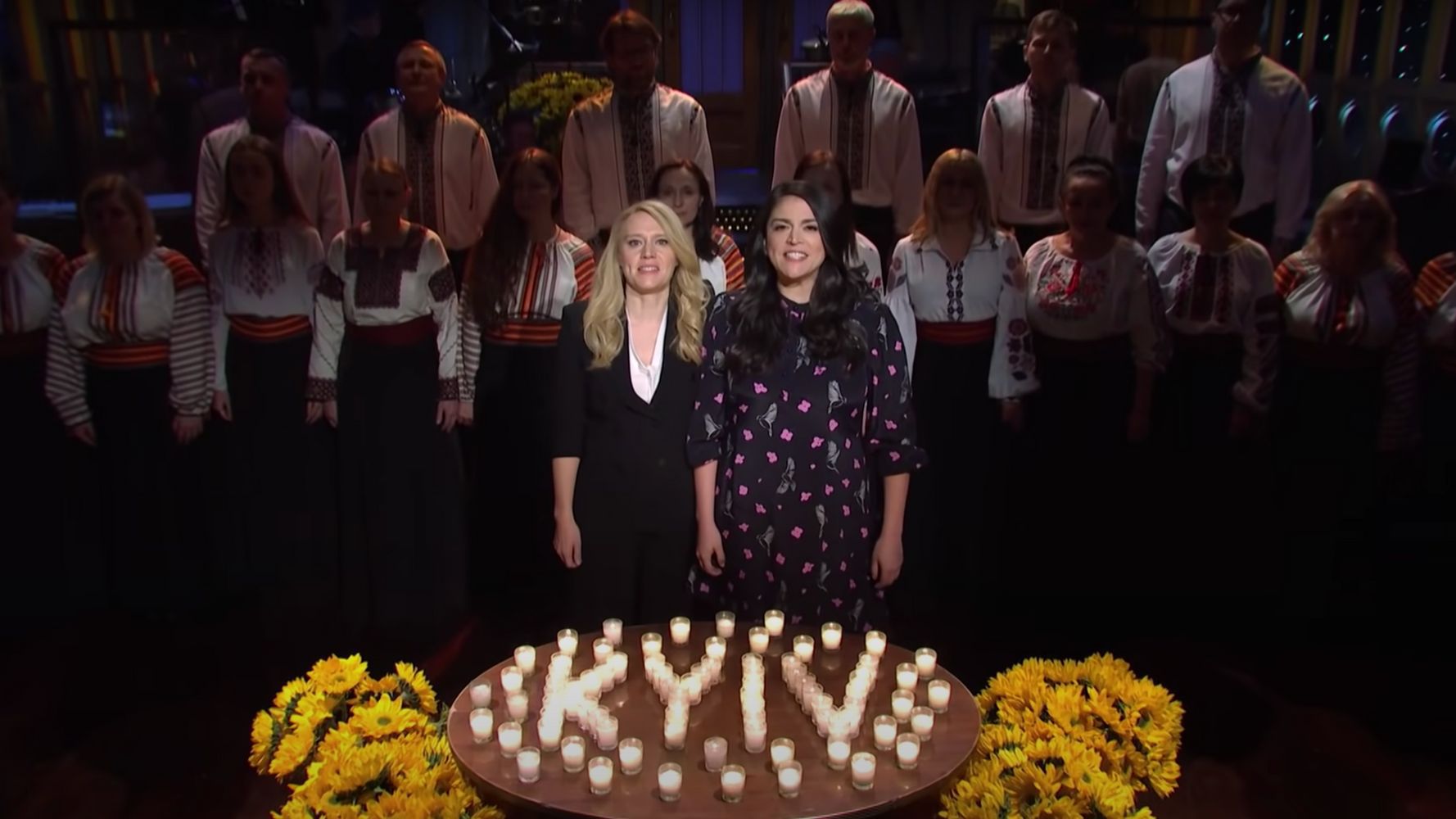 During the night of last Saturday, viewers of ‘Saturday night Live‘ were surprised at the opening of the program with a musical intervention made by dumka, a New York choir made up of Ukrainian citizens that, in his honor, they joined the world clamor for an end to the Russian invasion of their country.

American actresses Kate McKinnon and Cecily Strong were in charge of presenting the group made up of men and women who, dressed in traditional attire, sang the emotional choral selection ‘Prayer for Ukraine’.

In addition, the bet on the scene of the classic show of the chain NBC included a series of lighted candles that formed the word “Kyiv” (for Kiev, the capital of Ukraine), as well as several bunches of sunflowers around it.

“SNL often kicks off its shows with a musical performance by A-list artists from Madonna to Billie Eilish. Last night, however, he invited a Ukrainian choir to sing a famous song from his country, for peace, Precious! ”, Commented the journalist David Alandete through his Twitter account.

Similarly, the viewers who witnessed this emotional moment expressed themselves on social networks with comments in which, apart from applauding the intervention of the Dumka choir, they lamented the victims of the conflict between Russia and Ukraine that has now completed four days.

So then, the thirteenth episode of the 47th season of ‘Saturday Night Live’ will go down in the history of American television.

It is worth mentioning that More than 368,000 people have fled Ukraine since the Russian invasion began last Thursday.as reported by the United Nations High Commissioner for Refugees (Acnur) on February 27.

“The current total number is now 368,000 and continues to rise,” the agency said in a Twitter post, mentioning that the new figure is passed on “data made available by national authorities.”

In addition, he recalled that Ukrainian government sources believe that up to five million people, almost a tenth of the national population, may leave Ukraine due to the Russian attack.

The figure provided represents a much higher number than the one released hours ago by the UNwhich had indicated that 116,000 people fled the country and another 160,000 were internally displaced.

For their part, the humanitarian agencies recalled that the current war is taking place in a pandemic context and that, in fact, in Ukraine the cases of COVID-19 had multiplied by 555% due to the rise of the omicron variant ten days earlier. of the invasion.

The exodus of citizens could increase the risk of contagion and cause greater pressure on a health system that already sees its work complicated by the growing number of wounded in the conflict, according to what the UN warns.

Well then, Kiev has withstood the strain after huge explosions lit up the morning sky and authorities reported explosions at one of the airports.

“Last night was hard: more attacks, more bombings of residential areas and civil infrastructure,” said the Ukrainian president, who spoke by telephone in recent hours with Pope Francis, who expressed his pain and concern about the situation in Ukraine. , and offered to help “in whatever way I can”.