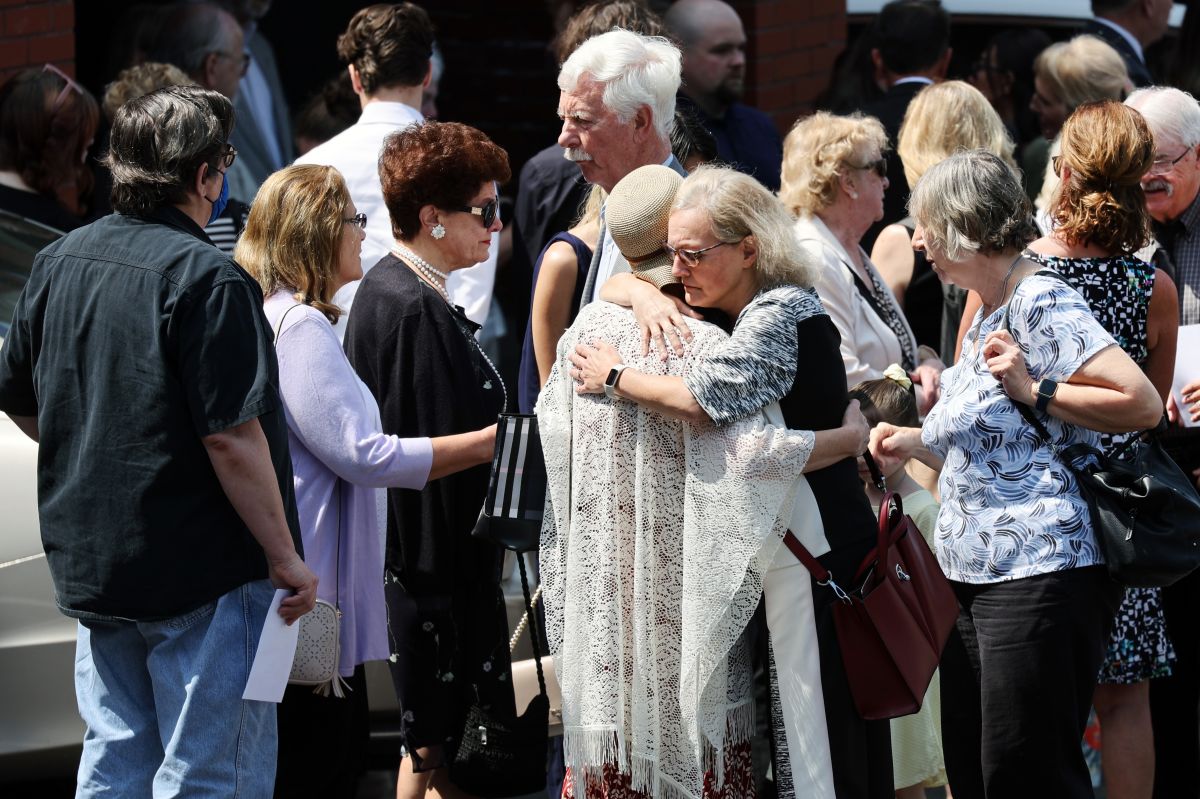 One week after the Buffalo massacre, where ten people were killed in a supermarket, Roberta Drury, the youngest victim of the tragic event, received the last goodbye from family and friends.

Relatives of “Robbie”, as they affectionately called her, highlighted the “tenacity” and the “smile, with which she could light up a room” that the 32-year-old woman had, who grew up in the Syracuse area, and moved to Buffalo a decade ago to help care for her brother who is battling leukemia.

“There are no words to fully express the depth and breadth of this tragedy”said the parochial vicar of the Church of the Assumption in Syracuse, Friar Nicholas Spano, during the service.

“This past Saturday, May 14, our corner of the world changed forever,” Spano added. “Lives are over. Dreams were shattered and our state was plunged into grief.”

In Drury’s obituary, the family noted that the young “I couldn’t take a few steps without meeting a new friend.”

“Robbie always made a big deal out of someone when he saw them, always making sure they felt noticed and loved,” his sister, Amanda, told The Associated Press before the service.

The recent tragedy that mourned the country occurred last Saturday, May 14, when a subject opened fire on the Tops supermarket, killing 10 people. while recording on Twitch perpetrating the murders.

Authorities arrested 18-year-old Payton Gendron, identified as the prime suspect in the slayings. He faces a first-degree murder charge to which he has pleaded not guilty.

After the incident, the FBI reported that it was investigating the events as a hate crime and a case of violent extremism for racial reasons, since it was discovered that Gendron was a follower of ideals in favor of white supremacism. Most of the victims were African American; only two were fair-skinned.

You may also like:
• He was saved from the shooting in a Buffalo supermarket thanks to the fact that he stopped to buy a coffee
• Buffalo gunman revealed his macabre plans half an hour earlier in a Discord chat
• Alleged Buffalo shooter decapitated cat, online diary entry shows