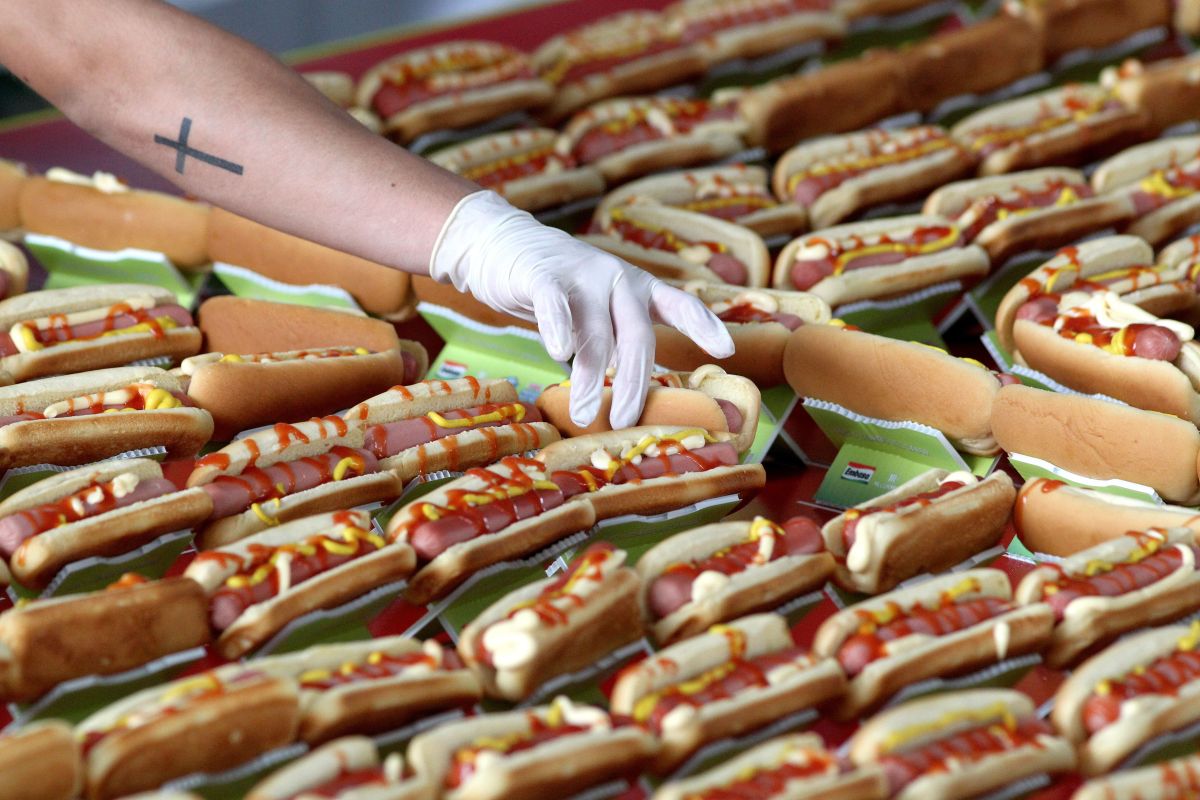 The shortage of products in the United States has worsened in recent months and has become a constant to see shelves empty or semi-empty of certain itemsand as if that were not enough, now that situation affects mustard, since producers have seen the harvest affected by various factors.

Given the proximity of July 4th It is feared that there may not be enough mustard for hamburgers and hot dogs at family gatherings, which would not be the same without the seasoning that special seasoning.

Crop affected by heat and other factors

And it is that the high temperatures and the problems in the supply chain are greatly affecting mustard seed harvestsso this processed ingredient is at risk of soon becoming scarce, which would seriously affect the gatherings to celebrate the 4th of July.

This shortage in mustard seeds has been recorded since last year, where in France it was reduced by 50% due to the intense heat and dry weather which undoubtedly affected the crops.

This situation was reflected in the shortage of mustard in grocery stores in Mayaccording to what was published by the British newspaper The Guardian.

But now that Shortage May Hit U.S. Stores.

Now, it is expected that the mustard shortage may be reaching the United States.

And it’s not just producers in France who have had problems with their harvests, but also those of Canada, number one country in the production of mustard seedsaccording to TODAY.

“In Burgundy, the region had a very wet winter and then three cold days in early April last year, so we only harvested about 48% of expectations,” declared Luc Vandermasen, general manager of Reine de Dijon, one of the largest mustard producers in France, according to what was published by The Guardian.

For Christophe Planes, sales director of Reine de Dijon, the shortage of mustard seeds is one of the biggest crises in the industry, not seen in 25 yearssince production was reduced to 50%.

“We are in a crisis that we have not seen in 25 years… The price of seeds has gone up three or four times, and maybe five times soon,” said Plans.

“And on top of that, there is no supply. The scarcity is such that we have a potential 50% decrease in seeds… so our production is down 50%,” accurate.

And it is that the supply chain was more affected by the war between russia and ukrainewhich is not only sticking to mustard, but has already been reflected in the lack of baby formula, tampons, cleaning products, and even Siracha sauce.

You may also like:
–Hot sauce and tampons are added to the list of sold-out products
–Sam’s Club dramatically lowers the cost of your membership, but only for a limited time
–Goldman Sachs warns that the risk of a US recession is now higher and earlier