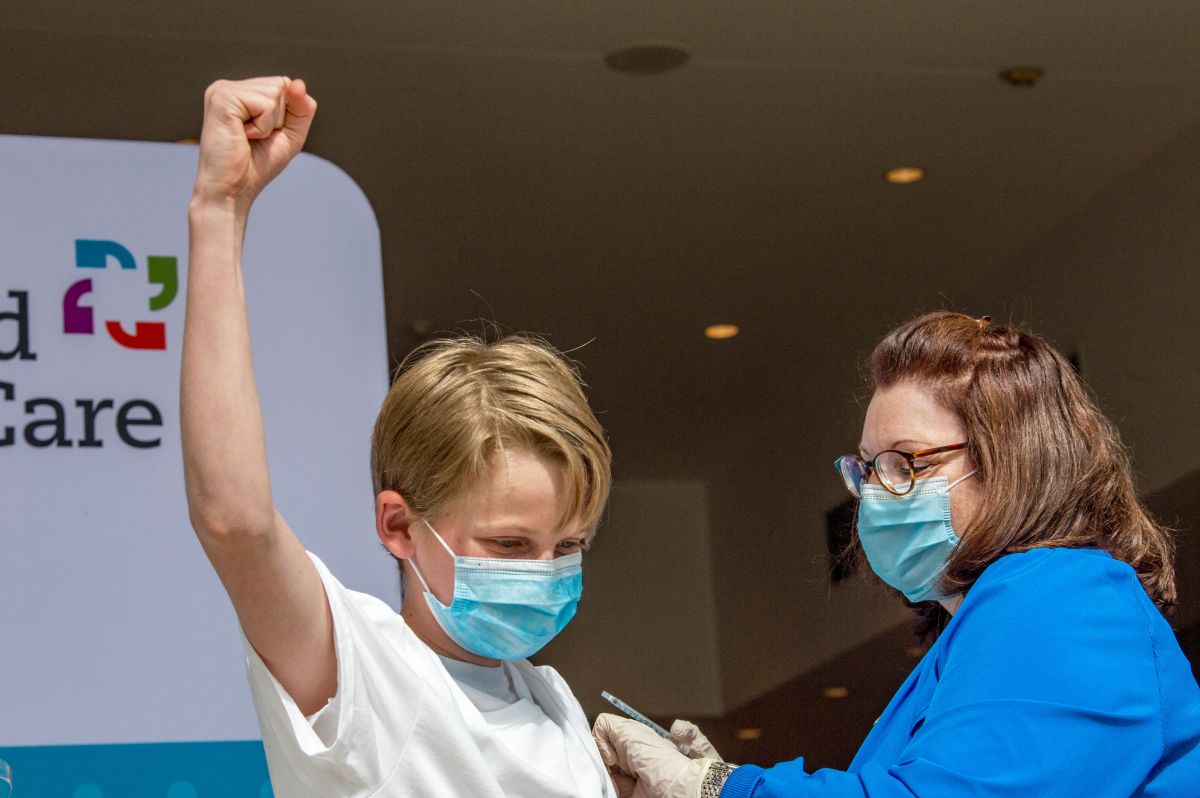 When classes resume in NYC next Monday, January 3 after the December break, coronavirus testing will include both unvaccinated and unvaccinated students, teachers and staff, outgoing Mayor Bill de Blasio reported this morning.

Previously the measure had been limited to unvaccinated students. The Governor Kathy Hochul joined De Blasio for the briefing and said the state would provide the necessary test kits. The mayor-elect Eric Adams was also present virtually, and said his office had worked closely with current staff on the new approach.

City Health Commissioner Dr. Dave Chokshi, present at the announcement and who will remain in office with Adams through March, said the goal of the “Stay Safe, Stay Open” plan is to more quickly identify current cases and ensure to isolate themselves, to keep schools operational.

“What we know from our data during the school year so far is that schools they continue to be among the safest environments in our communities. For any case identified in a New York City public school between October and December, only 1 in 120 close contacts developed COVID-19; that’s 0.83%, ”said Commissioner Chokshi.

“Even if rates were to become somewhat higher due to the omicron becoming dominant, we estimate that, in schools, about 98% of close contacts do not end up developing COVID-19 ″added, quoted by ABC News.

The mayor added that the city will duplicate PCR testing at all schools, every week. “This ensures greater consistency in their education. Guarantees fewer interruptions, what parents have rightly said has been a great challenge for them ”.

If there is a positive case in the classroom, everyone in the class will receive home test kits. If they are asymptomatic and test negative, they can return the next day. They will then receive a second home test within seven days of their exposure.

The mayor added that city disease detectives will continue to investigate when there is evidence of widespread transmission within the school, such as an unusually high number of cases in a classroom or on a sports team.

De Blasio said that 96% of City Department of Education (DOE) employees are vaccinated. And he updated the figures, reporting an average of 7 days of new reported cases of 20,200 infections.

“We want to make sure schools stay open“Governor Hochul said yesterday at her post-Christmas press conference, adding that in the state” we want more vaccinated minors and more people getting booster injections. ” And he insisted that “Most of the cases are not transmitted in schools, and the children wear their masks.”