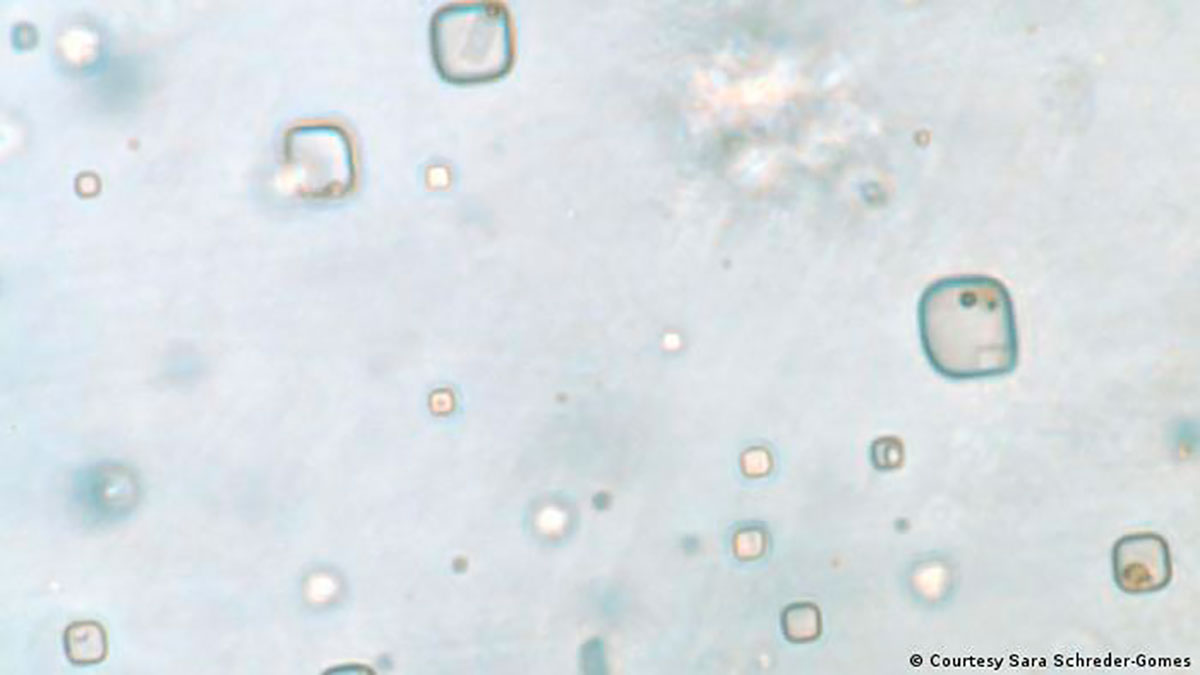 Geologists from West Virginia may have made an incredible discovery by finding a life form more than 800 million years old, according to a new article published in the journal Geology.

Specifically, the team of researchers claims to have discovered tiny remains of prokaryotic and algal life, trapped in halite crystals found inside the Browne Formation, an 830-million-year-old rock found in the Australian desert, according to the new research.

However, the most surprising thing about the finding is undoubtedly the possibility that some of these microorganisms are still alive.

Implications for the search for terrestrial and extraterrestrial life

According to the Geological Society of America press release, the discovery demonstrates that microorganisms from saline depositional environments can remain well preserved in halite for hundreds of millions of years and can be detected on-site only with optical methods. Additionally, the study would have implications for the search for life in both terrestrial and extraterrestrial chemical sedimentary rocks.

Taking a chunk of the Browne Formation, which includes halite salt crystals, study co-author Sara Schreder-Gomes and researcher Kathleen Benison and Jeremiah Bernau found organic solids and liquids – consistent with prokaryotic and eukaryotic cells, depending on their size, shape and ultraviolet fluorescence – using non-destructive optical techniques, by means of a light microscope.

This left the halite intact; which, importantly, means that whatever was inside it had to be trapped at the time the crystals formed.

According to the researchers, the microorganisms—encased in tiny pockets of fluid, smaller than the width of a human hair—lived nearly a billion years ago in what was a shallow, salty lake or marine environment.

Scientists have previously claimed to have resurrected primitive microorganisms found in salt crystals, so it’s possible the Australian organisms are still alive too.

Implications for the search for life on Mars

The researchers note in their paper that although “the possible survival of microorganisms over geologic time scales is not fully understood,” Browne’s prokaryotes, if found to be definitely alive, could have huge implications for the survival of microorganisms. search for life on Mars, where large salt deposits have been identified as evidence of ancient, large-scale liquid water deposits similar to the Browne Formation.

According to Schreder-Gomes, the Perseverance Mars rover is storing rocks on Mars that will eventually be brought back to Earth, and non-destructive techniques will be needed to understand the context of those rock formations.

“We need to do this type of analysis before any other destructive techniques with any return samples,” he said.

Although it would not be the first living organism found inside a halite crystal hundreds of millions of years old – that distinction belongs to a bacterium extracted by researchers in 2000 dating back to the Permian period, about 250 million years ago –, the prokaryotes of the Browne Formation would be the oldest living beings on Earth discovered so far.

“Optical examination should be considered a fundamental step in any study of biosignatures in ancient rocks. It allows knowledge of the geological context of microorganisms before performing other chemical or biological analyses…and provides a target for such analyses,” the team wrote.

“Ancient chemical sediments, both of terrestrial and extraterrestrial origin, should be considered as potential hosts for ancient microorganisms and organic compounds,” they added.

Obviously, more research needs to be done before we find out if the microorganisms trapped in that ancient crystal are still alive, but if we find out, it will certainly be a big deal.