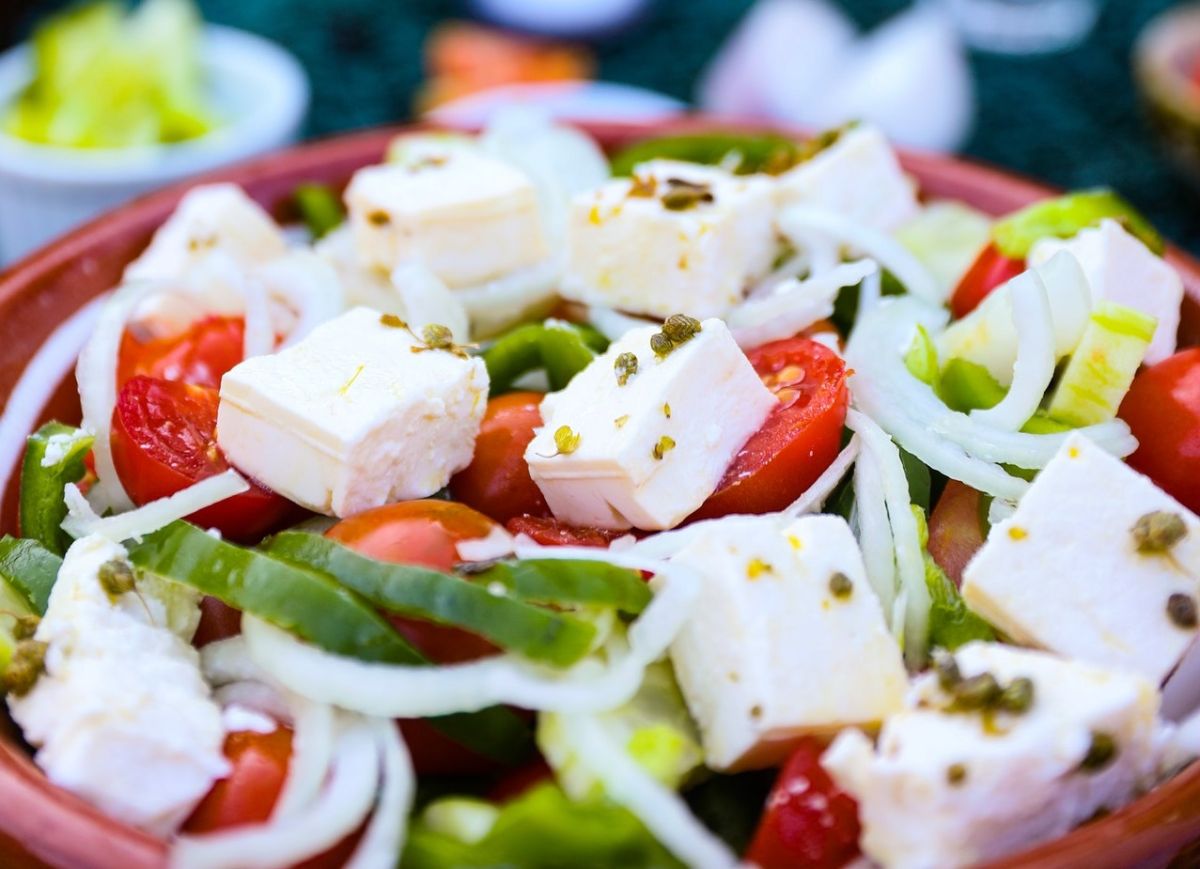 Feta is one of the healthiest cheese options according to new research in which scientists have successfully cracked the DNA of the famous cheese produced in Greece.

Scientists from the Biomedical Research Foundation of the Academy of Athens studied a wide variety of feta cheese from all over Greece with the indication “Protected Designation of Origin” (PDO) with the intention of quantifying the nutritional characteristics.

According to the findings, feta cheese has 489 different types of protein, making it one of the highest protein varieties of cheese in the world.

Among the identified proteins, some are known for their antimicrobial activity and for strengthening the immune system. According to the researchers, the 489 proteins make up the “identity” of the original Greek feta cheese.

Feta cheese is a low-calorie, low-fat cheese. It is also a good source of B vitamins, calcium, and phosphorous. In an ounce of cheese there are 75 calories and 4 g of protein.

Feta cheese contains bacteria that promote immune and intestinal healthin addition to its anti-inflammatory effects. It contains Lactobacillus plantarum, which represent about 48% of its bacteria.

Although it is a nutritious cheese, with a good protein content, also high in sodium, one way to reduce the salt content of this cheese is to rinse it with water before eating it.

Cheese has a history dating back more than 2000 years

Greek feta cheese has an origin of more than two thousand years ago. A primitive form of feta is even mentioned in the Odyssey, where the hero Odysseus takes the cheese made by the Cyclops Polyphemus while escaping from his cave.

“Feta cheese is the flagship of the geographical indications of Greece and represents approximately 10% of Greek food exports, a testament to its excellent international reputation”, shares the European Union.

Authentic feta is only made with milk from indigenous breeds of sheep and goatsThis is what gives feta its white color and is what can give it a slightly spicy flavor. It is a cheese that No colorants, preservatives, lactoproteins, casein salts or condensed or powdered milk are added.

The European Commission emphasizes that the particular flavors of feta cheese are only possible when sheep and goats graze on the unique flora of Greece. The milk used to prepare feta cheese is harvested seasonally and must have a fat content of at least 6%.

Feta is used in many Greek dishes, but most notably in Greek salad., or horiatiki. In addition to being enjoyed in salads, it can also be added to other dishes, such as toast, with olive oil and pepper, as well as grilled, in tacos and even with fruit.

It may interest you:
–4 cheeses richer in protein and lower in sodium
–Oaxaca cheese is sweeping restaurant menus in the United States
–The best cheese in the world in 2021 is a Spanish goat cheese