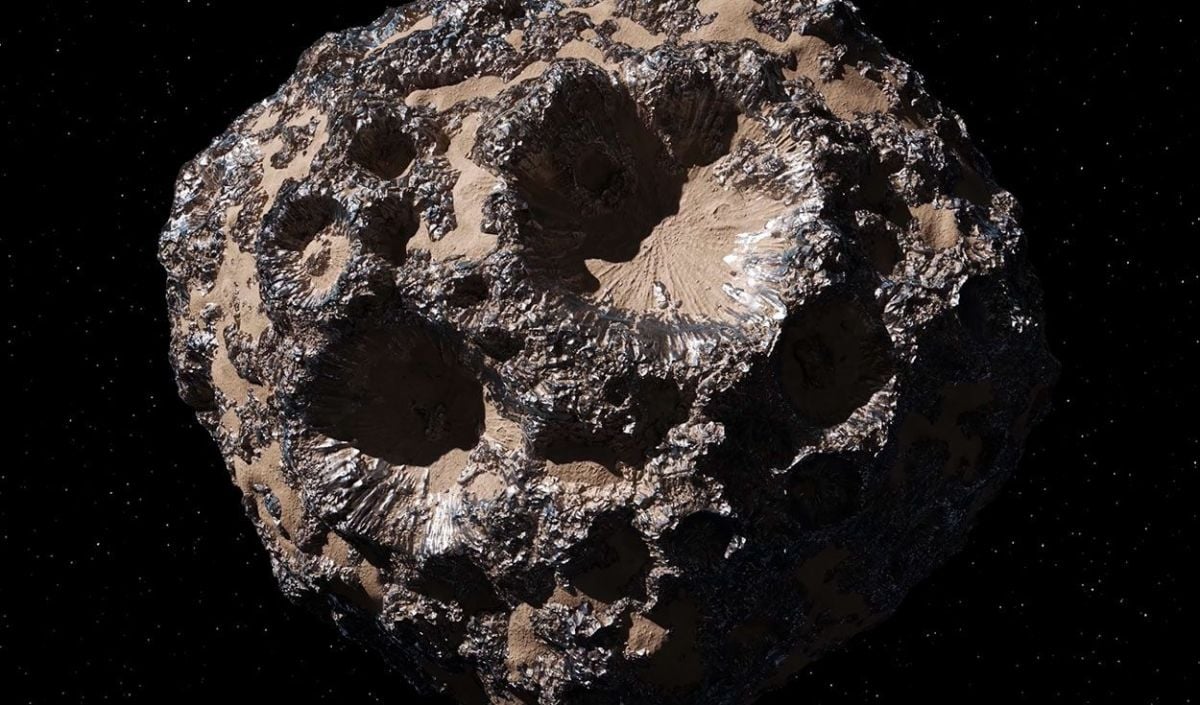 A group of scientists published detailed photographs of the asteroid Psyche which is estimated to have a quantity of precious metals with a combined value greater than that of the entire world economy.

The images were made possible by use of the combined power of 66 radio antennas of the Atacama Large Millimeter Array (ALMA) located in northern Chile. This allowed to obtain photographs with a resolution of 643 miles per pixel of the asteroid.something never seen before.

Some experts speculate that this asteroid could actually be the core of a primitive planet in our solar system now traveling freely through space.

Due to Earth’s distance from Psyche, direct photography of the asteroid is impossible. That is why until now the method that scientists had been using was to study the light that reflects in infrared waves, which with the naked eye are not observable to the human eye.

As the scientists explain in their work published in the Journal of Geophysical Research: Planets, each of the ALMA antennas is capable of measuring the light emitted by an object using radio waves in lengths that are sensitive to factors such as temperature and certain electrical properties of the object in question.

This is how they were able to map the entire surface of the asteroid and discover that its surface is highly likely to be full of highly valuable material such as iron, nickel, gold and platinum.

Calculations made by Lindy Elins-Tanton, a renowned NASA planetary scientist, suggest that the iron content found in the asteroid alone is equivalent to $10 trilliona figure that far exceeds the world economy.

A little known aspect is that According to the US Commercial Space Launch Competitiveness Act passed in 2015, any private company that manages to extract minerals from an asteroid can claim the profits as their own. generated as a consequence.

That is why currently there is a growing number of companies that are working on the development of space missions that may become viable and that allow them to take advantage of the vast amount of high-value resources found in space.

This may also interest you:
– An asteroid 4 times bigger than the Empire State Building will fly close to Earth soon
– NASA and other institutions simulate how to organize themselves before the impact of an asteroid on Earth
– An asteroid 4000 feet wide, heading towards Earth