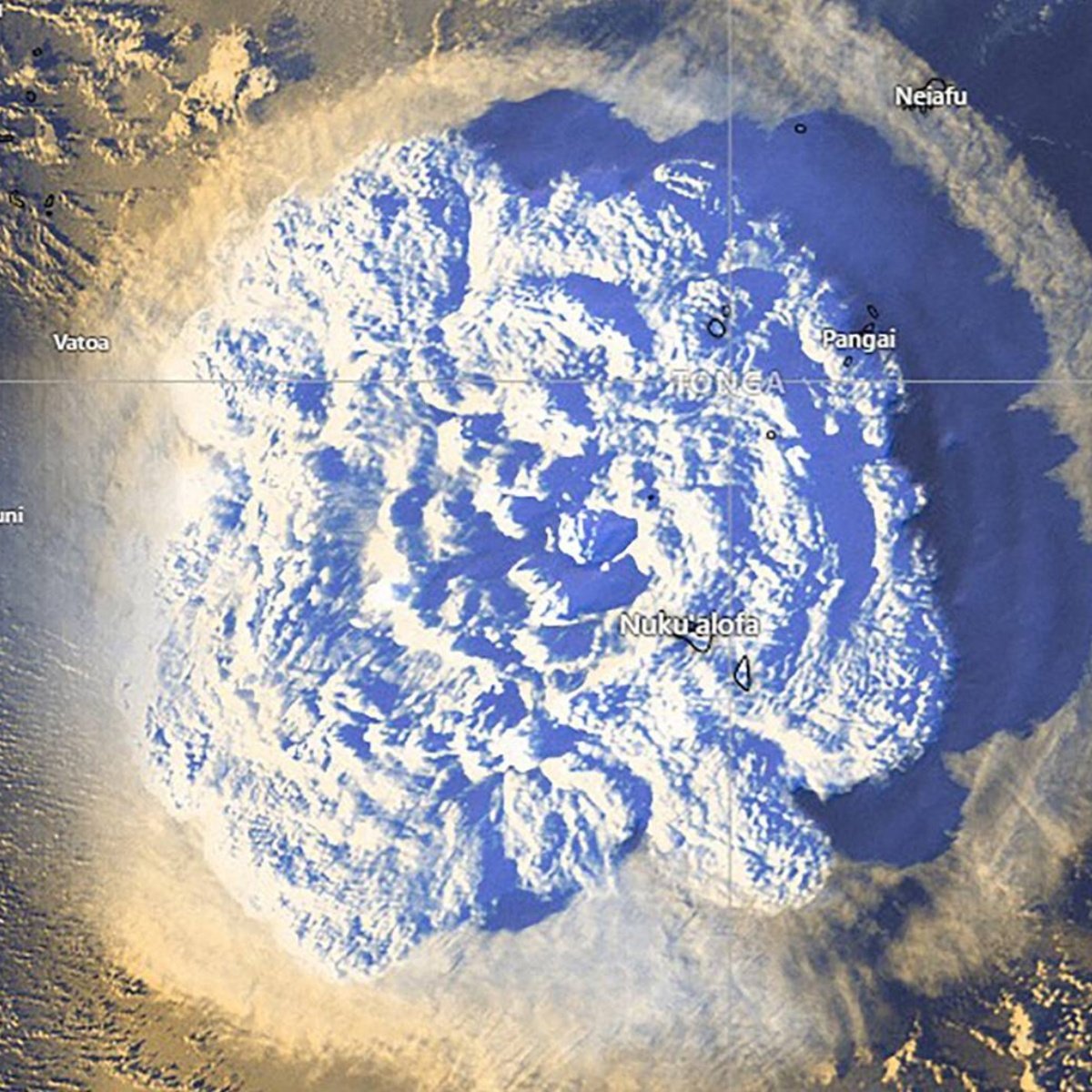 the huge volcanic eruption in the Pacific island nation of Tonga could cause lasting damage to coral reefs, erode coastlines and disrupt fisheries, warned scientists who study satellite images.

Hunga Tonga-Hunga Ha’apai, an undersea volcano, erupted on Saturday, prompting tsunami warnings in the Pacific. In the first official update, the Tongan government said on Tuesday that several people were injured and three were killed.

The eruption has been releasing sulfur dioxide and nitrogen oxide, two gases that create acid rain when they interact with water and oxygen in the atmosphere. “There is likely to be acid rain around Tonga for a while,” Shane Cronin, a volcanologist at the University of Auckland, told the Reuters news agency.

Environment could be compromised after eruption

Acid rain causes widespread crop damage and could affect Tonga’s staple foods such as taro, maize, bananas and vegetables. “Depending on how long the eruptions last, food security could be compromised,” Cronin said.

Satellite images suggest the plume is spreading west, meaning Tonga could avoid some of the acid rain at the expense of Fiji. In addition, the Tonga volcano eruption caused an oil spill in Peru.

The United Nations humanitarian affairs office said Fiji was monitoring air quality and has advised people to cover their homes’ water tanks and stay indoors in case of rain.

Ashfall could also damage coral reefs, which were already threatened before the eruption. Tom Schils, a marine biologist at the University of Guam, said: “Large areas of the reefs in the immediate impact area in Hunga Tonga are likely buried and covered by large deposits of volcanic ash.”

Eruption in Tonga released more iron into the water

Eruptions like the one on Saturday also release more iron into the water, which can fuel the growth of blue-green algae and sponges that further degrade reefs, Schils told Reuters.

AmericanPost.News reports that while scientists have yet to investigate on the ground, available satellite images show an ash cloud on land.

In the ocean, the ash can be harmful to marine life, according to the Geological Survey of Tonga, which warned that nearby seawater was contaminated with toxic volcanic discharges and that fishermen should “assume fish in these waters are poisoned.” Or are they poisonous?