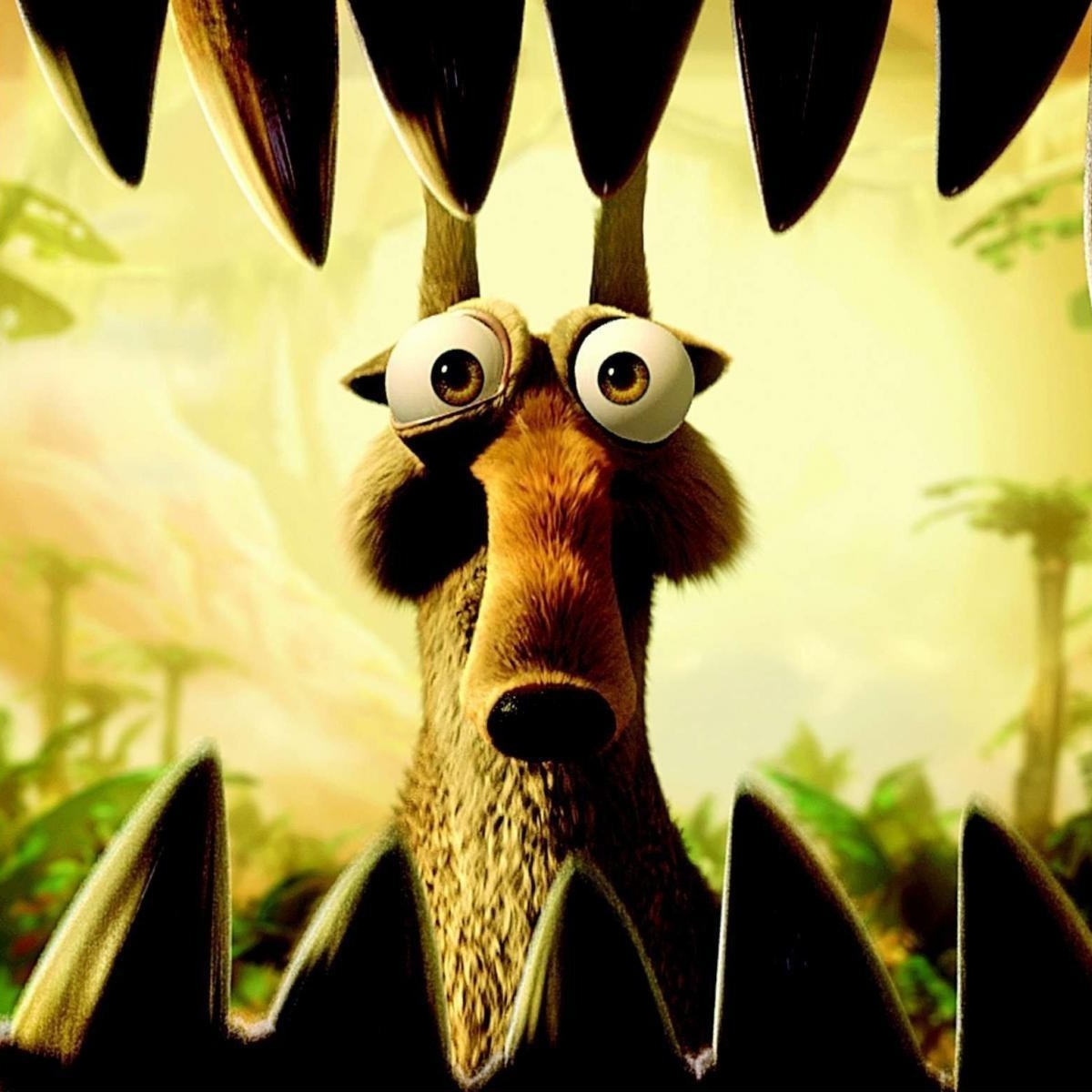 One of the most iconic characters in “Ice Age”, despite his short appearances, is undoubtedly Scrat, the squirrel with long teeth that repeatedly risks his life in search of his acorn.

However, this character had been in a legal dispute between its author (Ivy Silbestein) and the franchise of Disney for more than 20 years with the aim to recover the rights of the nice character.

We recently saw the franchise reach an agreement after Scarlett Johansson’s lawsuit, however, before this trial, Disney relented and agreed to return the rights to “Scrat” to Ivy Silverstein.

Legal trial of the character Scrat

Ivy Silberstein aka Ivy Supersonic, sued Fox for using her character without permission in 1999.

She introduced Sqrat (her version of the character) to the company in that year; however, her design was apparently rejected, but she would later find out that they renamed it “Scrat” and used in the franchise of “Ice Age”.

This way, she decided not to lose the rights to her character and undertook a legal battle that she managed to win this January 28, so Disney ceased to own the squirrel trademark.

If Disney wanted to make use of Scrat’s image in the future, they must pay the royalties and license to Ivy Silberstein, even if it is a simple cameo of the character.

She actually mentioned Scrat’s absence in the most recent movie, “Ice Age: The Adventures of Buck“, thanking the company for respecting the agreement reached.

This would be a blow to Disney, because Scrat is the most recognizable character in ‘Ice Age’‘, has even starred in his own animated shorts, despite not actually starring.

What kind of animal is Scrat?

The image of the character is represented by a saber-toothed squirrel, who is completely obsessed with his acorn, in all his participations he tries to find the perfect hiding place for his desired acorn, but unfortunately it always fails, but somehow always managed to put a smile on viewers’ faces.

If you have not yet seen any of the films in which this iconic character participates, now you can enjoy the complete saga directly from the Disney + platforms.