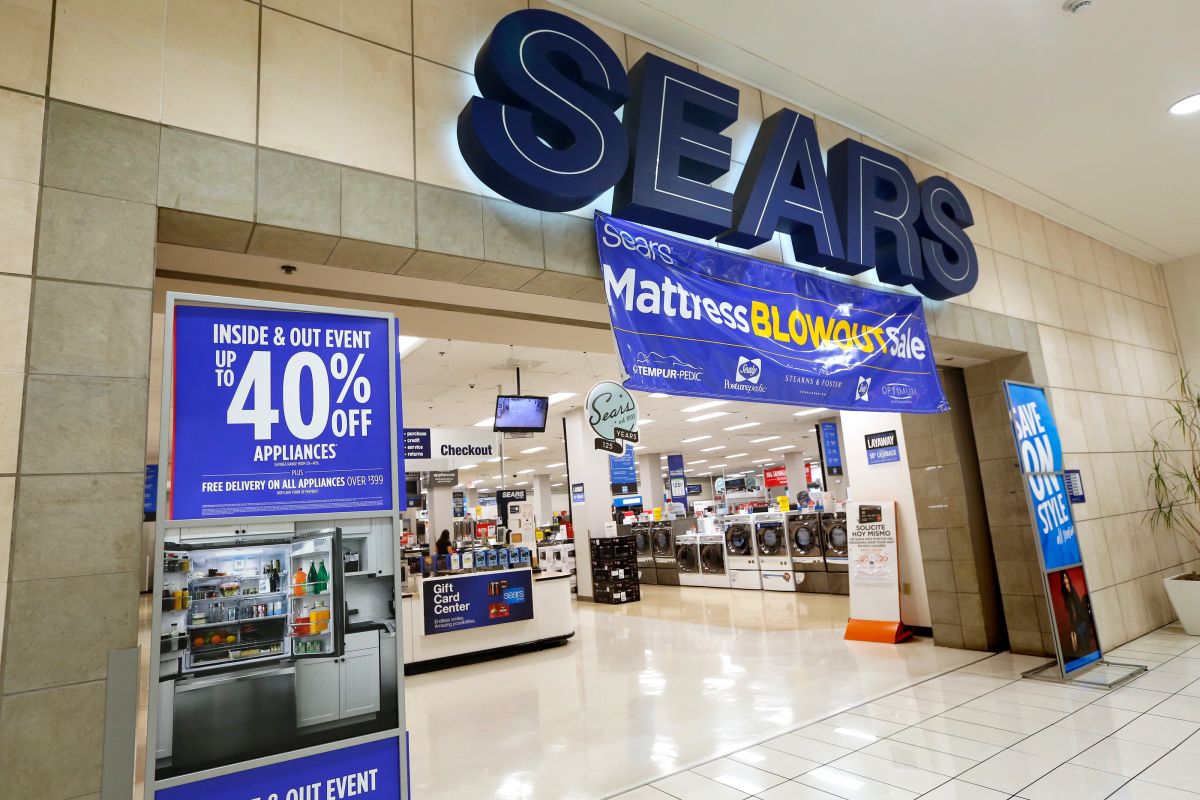 Since 2018, Sears has filed for bankruptcy that has caused thousands of stores to close across the country – Photo: Aurelia Ventura / Impremedia / La Opinion

It seems that time has run out for Sears. The company announced that its last department store located in Chicago, Illinois, where the firm began operating decades ago, is preparing to close its doors for good.

Sears was founded in Chicago in the 1890s. The business became a success for much of the 20th century, selling everything from houseshold items to clothing. Sears was the largest retailer in the United States with thousands of stores.

For some years, Sears became bankrupt. For this reason, little by little, various branches have been closing throughout the United States. Since the closing of the warehouses we knew that, at some point, the final closure would take place.

The warehouse, located in Simon Property Group’s Woodfield Mall, is scheduled to close operations on November 14. Transformco, parent company of the department store chain, indicated that it will look for ways to revive the space that Sears will leave.

Transformco in a statement stated that “this is part of the company’s strategy to unlock the value of real estate and seek the best and highest use for the benefit of the local community.”

Sears Holdings, which also owned Kmart, filed for Chapter 11 bankruptcy protection in October 2018. Later, Transformco acquired Sears out of bankruptcy and has since closed dozens of the remaining Sears and Kmart locations in the United States.

Kmart’s last Manhattan location recently closed. It will be replaced by a Wegmans grocery store. The company had around 700 stores, many of them devoid of goods, when they filed for bankruptcy.

Scott Carr, president of Transformco’s real estate division, said in a statement that the company plans to maximize the value of the Woodfield Mall property through a remodel. So far it was not specified how it will be or when it will end.