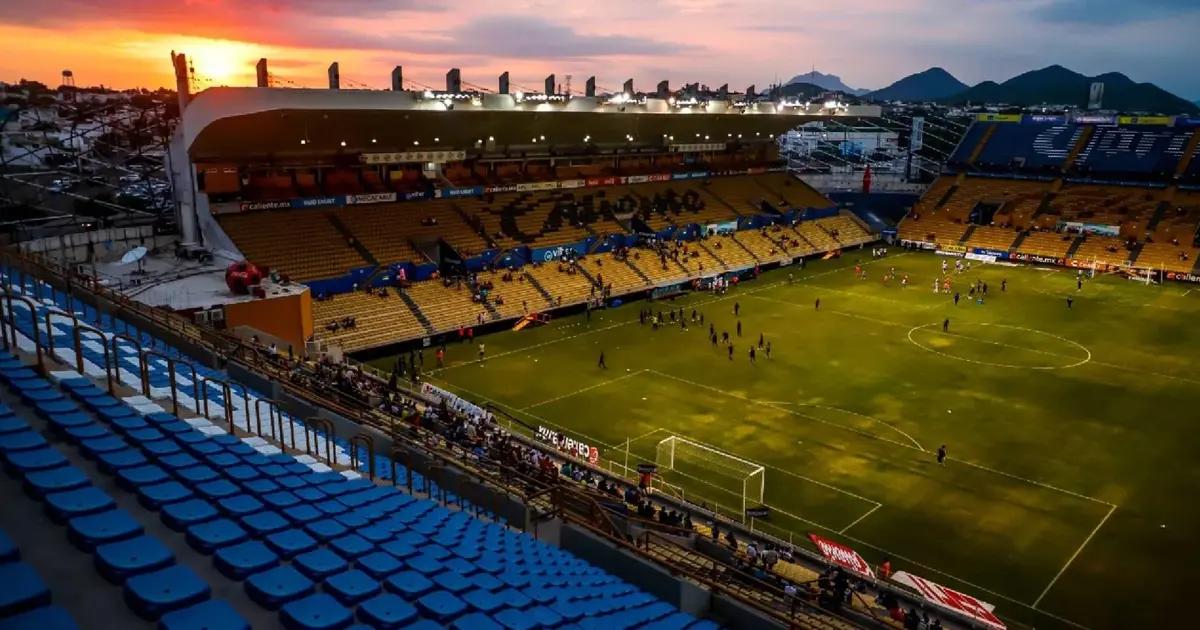 Due to the violent events that took place in Culiacan, Sinaloa, due to the new capture of Ovidio Guzman (son of Joaquin “Chapo” Guzman), Liga MX and Liga de Expansion MX announced the temporary suspension of the corresponding matches of Day 1 of both tournaments; the first one between Mazatlan vs. Leon at Kraken Stadium, as well as Dorados de Sinaloa vs. Correcaminos, match that would take place at Banorte Stadium.

As a mere security protocol, the Mexican Soccer Federation followed the recommendations imposed by the government of the state of Sinaloa regarding not carrying out any inconsequential activity, as well as requesting all citizens not to leave their respective homes. All this is in addition to the temporary closure of Sinaloa’s airports.

“Given the current circumstances in Culiacán, Sinaloa, Liga BBVA Expansión MX determined to reschedule, with a date to be defined, the Day 1 match between Dorados and Correcaminos, which will be played this Thursday, January 5,” stated the official “Liga de Plata” account.

It is also important to mention that the maximum circuit of Mexican soccer will also have action in the state of Sinaloa, as on Friday, January 6, the Mazatlán team was scheduled to face León at the “Kraken” stadium. Although it is not precisely in the area where all the conflicts and narco-blockades took place, the city is still part of the state of Sinaloa itself.

It was through social networks that different videos and images began to be presented showing the violent response of organized crime to the operation for the arrest of “Chapito,” which clashed with security forces in addition to stealing vehicles and setting them on fire to block roads.

The recapture of Ovidio, alias “El Ratón,” occurred almost four years after the so-called “Culiacanazo” of October 17, 2019, when the federal government released him to avoid major confrontations with armed Sinaloa Cartel commandos. Just on that occasion, Mexican soccer’s top brass opted to suspend one of the commitments that would take place within the Liga de Ascenso.

As is the case today, the league released a statement on its social networks stating that the match between Dorados and Atlante would have to be postponed for security reasons and to protect the integrity of every person involved in the match (squad, fans, coaching staff, stadium workers). It is worth remembering that on that occasion, Diego Armando Maradona was the “Gran Pez” coach and witnessed the war against organized crime.

Now, the events occurred on the same day that the first day of the Clausura 2023 would be played. So far, neither team has commented on the matter; however, the temporary suspension of the duel between Sinaloa and Tamaulipas is already a fact. Regardless of knowing the date on which this match can be played, it is worth mentioning that the next home game of the Dorados will be on January 17 in match day 3 against Cancún FC.