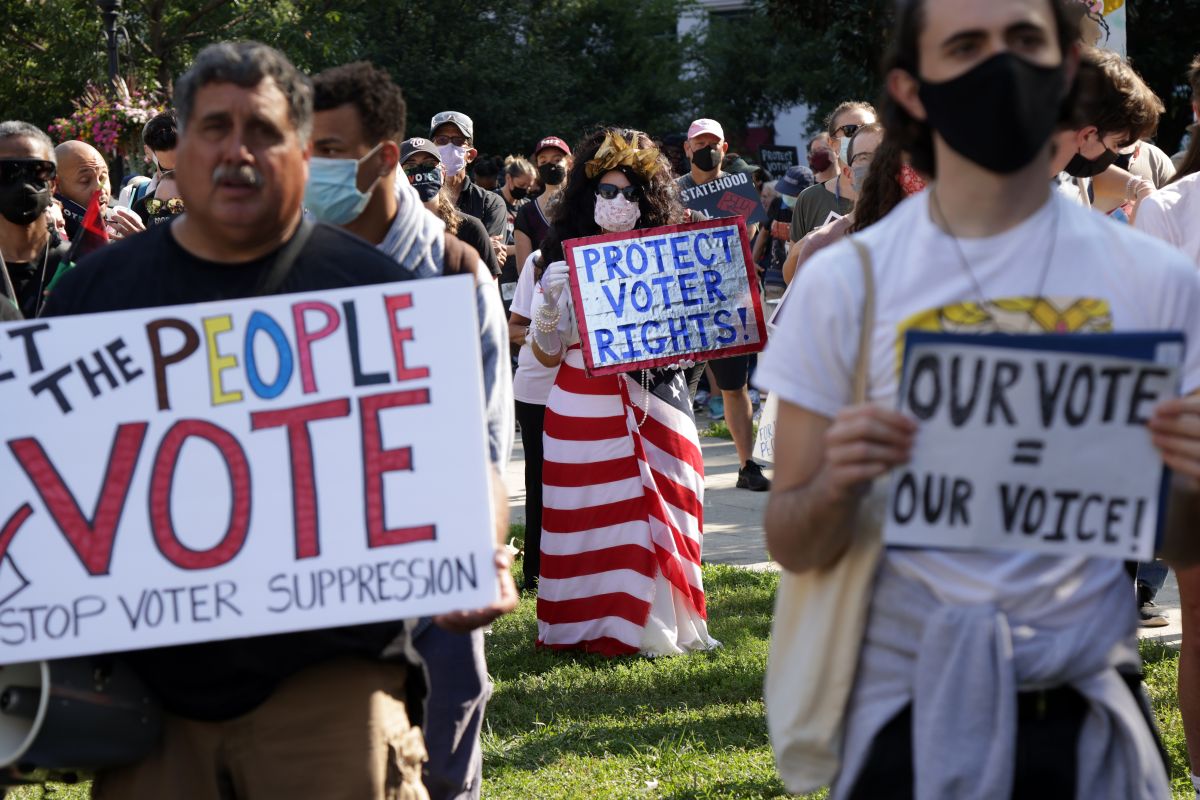 Republicans of the Senate blocked on Wednesday a bill to restore parts of the historic Voting Rights Law weakened by Supreme Court rulings, making it the second major ballot bill to be derailed derailed by Republican obstructionism in the past two weeks, according to The New York Times.

Despite having the support of the majority of legislators, the John Lewis Voting Rights Promotion Act, named after the congressman and civil rights activist who died last year, fell within nine votes of the 60 needed to advance in the Senate, by Republican opposition.

John Lewis was arrested dozens of times during his fight for that cause and even suffered a fractured skull when he was beaten by state police during Bloody Sunday of 1965 in Selma, in his home state of Alabama, a televised milestone that gave momentum to the movement.

One of his greatest achievements was the signing in 1965 of the Voting Rights Law, which removed obstacles to the exercise of suffrage among African Americans.

The Lewis-named initiative just sought to restore some aspects of that 1965 law, the scope of which has been weakened by several Supreme Court rulings in the last decade.

In the wake of this defeat, Senate Democrats said they would intensify discussions about modifying the obstruction rules or making other changes in the Senate that would allow them to advance legislation on the right to vote, despite the profound resistance from Republicans, who have so far thwarted four efforts to adopt such measures.

“Just because Republicans don’t join us doesn’t mean Democrats stop fighting,” said the senator. Chuck Schumer, New York Democrat and Majority Leader, after the vote. “We will continue to fight for voting rights and find an alternative way forward.”

Republicans block all measures promoted by the Democrats to protect the right to vote: in June they already overthrew the so-called “Law for the People” (“For the People Act”) and in October they did the same with “The Law of the freedom to vote ”(“ Freedom to Vote Act ”).

All these initiatives sought to counteract voting rights restrictions that have been imposed in recent months by Republicans at the state level, with the approval of 33 laws in 17 states that limit the suffrage of Hispanics, African-Americans and people with fewer economic resources, who already go to the polls in a smaller proportion.

Republicans say their goal is to curb irregularities, but Democrats believe their real goal is to end the controls that prevented the former president Donald trump revoke the results of the 2020 presidential elections, in which the president won Joe biden.

The battle over the right to vote occurs because, in the United States, there is no central electoral system and each state sets its own electoral rules.