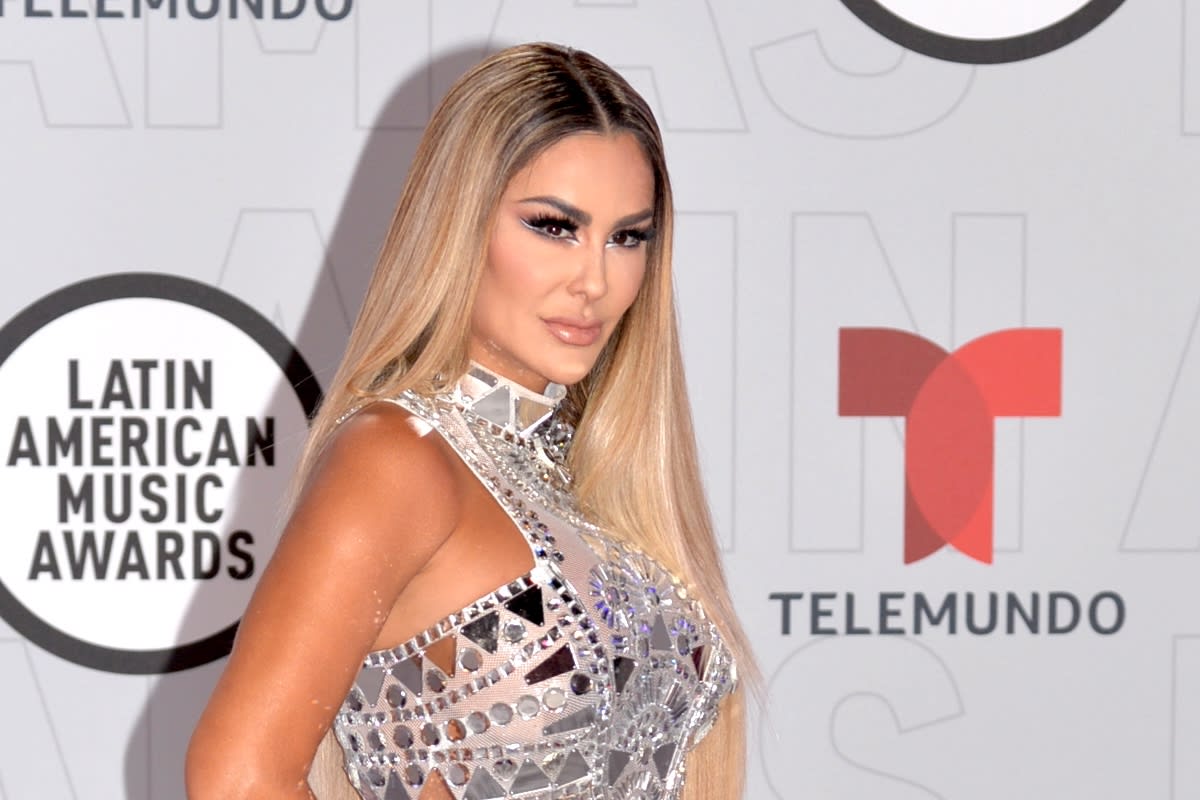 “Netflix-like stories are invented”: Mexican singer Ninel Conde breaks the silence and sends a forceful message through social networks to all those people who have been indicting and prosecuting her for the problems and crimes committed by her boyfriend, the Colombian Larry Ramos and argues that it is very easy for people to judge and not put themselves in the shoes of others.

During these days, the husband of the singer Ninel Conde, Larry Ramos, has been in the public eye after the Colombian businessman removed his shackle after his house arrest, causing him to be a fugitive from justice and is being wanted by the FBI and Miami police.

After this, much was said that the singer Ninel Conde was the one who was keeping Larry Ramos’ money, a fact that triggered speculation that the artist could be investigated by the FBI, given this and despite the fact that the Mexican had not given statements In this regard, he used his social networks to send a strong message.

Through his official Instagram account, the Killer Hottie published a series of photographs where the singer was seen enjoying the stages and her presentations, as well as the multiple costumes that she has used in all her shows, however, at the beginning of the images, Ninel Conde is seen with a face sad and serious, something that could have been his feeling right now.

“I never imagined what this entailed”; Ninel Conde sends a strong message after the escape of her boyfriend Larry Ramos

At the beginning of her forceful message, Ninel Conde put a few words about how being a singer and stepping on big stages was one of her biggest dreams since she was very young: “The stage, how to describe the feeling of being in this magical place . As a child it was my dream; step on that magical platform full of adrenaline and love from you ”.

Later, the singer commented that she never imagined that being on stage and being in the public eye would be so difficult for her, arguing that she did not know what those kinds of dreams entailed: “I never imagined that this dream would come true so early; and less what it takes to have achieved that dream. Stop having the right to my privacy… ”.

“Stories have been created out of reality”; Ninel Conde sends a strong message after the escape of her boyfriend Larry Ramos

Given this, Ninel Conde continued with her message, which already has more than 27 thousand likes and a number of comments, and argued that it even seemed that they as celebrities had no right to make mistakes or make mistakes: “Stop having the right to my privacy … To make mistakes without being pointed out in a harsh way, as if making mistakes was not a condition for all human beings ”.

The 44-year-old singer commented that it seems that the public and users had the right to judge them without any fear, attacking all those people who have created stories and “stories” that are really taken from television, commenting that they were completely removed from all possible reality. Filed Under: Ninel Conde sends strong message after her boyfriend Larry Ramos escapes

“God is the only one who can judge us”; Ninel Conde sends a strong message after the escape of her boyfriend Larry Ramos

In her verbatim words, which she shared on her social networks, Ninel Conde wrote the following: “The difference is that being public, it seems that you have the right to be judged even to an offensive degree, of mockery and the invention of stories type Netflix that are SO FAR FROM REALITY that no case would clarify so much cowboy tale, as they say in my land “.

After this, the Killer Hottie He wrote in his forceful message that the only one who could judge is God, and despite that, “He has always been very merciful to everyone”: “God, being the only one with the right to judge us, does not do so and in his infinite mercy he helps us go ahead. When Jesus was unjustly crucified, he did not say a single word to defend himself, being a man without sin.

“Late but you learn”; Ninel Conde sends a strong message after the escape of her boyfriend Larry Ramos

And it seems that Ninel Conde got tired of all the criticism she was receiving after her partner, Larry Ramos, fled without looking back, even forgetting about her: “He (God) should be our example that even that woman who everyone wanted to stone; He wisely said, “Let the one who is free from sin pick up the first stone.”

To finish her blunt, Ninel Conde spoke in a personal way and commented that she would begin to see for herself instead of others, commenting that sooner or later one learns: ourselves or no one will. Yes… late but you learn and it is valid ”. Filed Under: Ninel Conde sends a strong message after the escape of her boyfriend Larry Ramos. . PUBLICATION HERE

“I was wrong for love”; Ninel Conde sends a strong message after the escape of her boyfriend Larry Ramos

Ninel Conde confessed that despite the fact that she is often wrong, and this time out of love, she commented that God will never judge: “You go on your way and look into your eyes to heaven… There will always be a loving father who will give you the no matter how many times you have made a mistake, even for love or for a good end in your life: if people don’t understand it… He does, and that’s enough ”. Filed Under: Ninel Conde sends strong message after her boyfriend Larry Ramos escapes

In her forceful message, the actress also confessed that she was broken and sad and the only thing she expected was to finally return to the stage, and that if she cried, please, they will pass her a tequila: God allows me to return to the stage right now, yes Well I am broken inside and out … it allows me to heal and get toooooodo in these shows that will be unforgettable. I don’t want to imagine what these shows will be. If I cry, they give me a tequila! I wait for you and I love you! ”.

Lorenzo Méndez sends a message of support to the “Bombón Asesino”

After this forceful message that Ninel Conde sent to all her followers on social networks and to the people who were judging her for what her boyfriend Larry Ramos had committed, many followers of the singer began to write nice messages to her. Killer hottie, among them also several personalities of the show, such as: Lorenzo Méndez, Ale Palomera, and the nominee for a Latin Grammy, Roger Argenis.

Of course, his followers would not be left behind either, writing these tender words to the Mexican actress: “Never give up Ninel, you are an example for many women”, “You were born with the star of talent and also the virtue of being humble, and that has taken you very far. Always beautiful and true your reflections. Keep shining, enjoy the moment on stage that you love so much. Although we cannot be there, we accompany you with our hearts ”.

“I think the problem is that she cannot be alone”

Unfortunately the good comments would not rain everywhere, since this same message was shared by the program’s Instagram account Wake up America, where followers of the account left to go against Ninel Conde, arguing that the singer did not know how to be alone and that is why she stayed with people who did not suit her:

An open-minded follower wrote: “I think her problem is that she doesn’t know how to be alone. And that’s where those bad choices come from ”,“ So much what did they tell you? She was aware of everything. It knew perfectly well, now it says broken inside ”. Filed Under: Ninel Conde sends a strong message after the escape of her boyfriend Larry Ramos.

“They all warned him”

Other followers began to blame Ninel Conde that she knew who Larry Ramos was and despite that she decided to marry him: “Ohhh she didn’t know his story. You don’t listen to what was said about him. You never know the person completely, but if you hear the demand and that scam you don’t have to get married ”.

“Well, they told her so much, she was blinded because she wanted to”, “The press and many people warned her so now she lives the consequences of her husband”, “You wanted him that way, dear, and you knew the kind of person you were with. you joined in marriage, so the one who sins for his pleasure should go to hell to complain “,” Do not plead ignorance, you knew who he was. “

Larry Ramos and problems with justice

As reported a few days ago, Larry Ramos, Ninel Conde’s sentimental partner, cut the shackle of his GPS tracker that the authorities placed on him in the United States and, as of the writing of this note, his whereabouts are unknown.

According to the information provided by the “Suelta la Sopa” program, the court confirmed that Ramos fled – leaving Ninel behind – after cutting his shackles on Wednesday morning and is now wanted by the FBI and the Miami police, in the United States. To see the video click here.